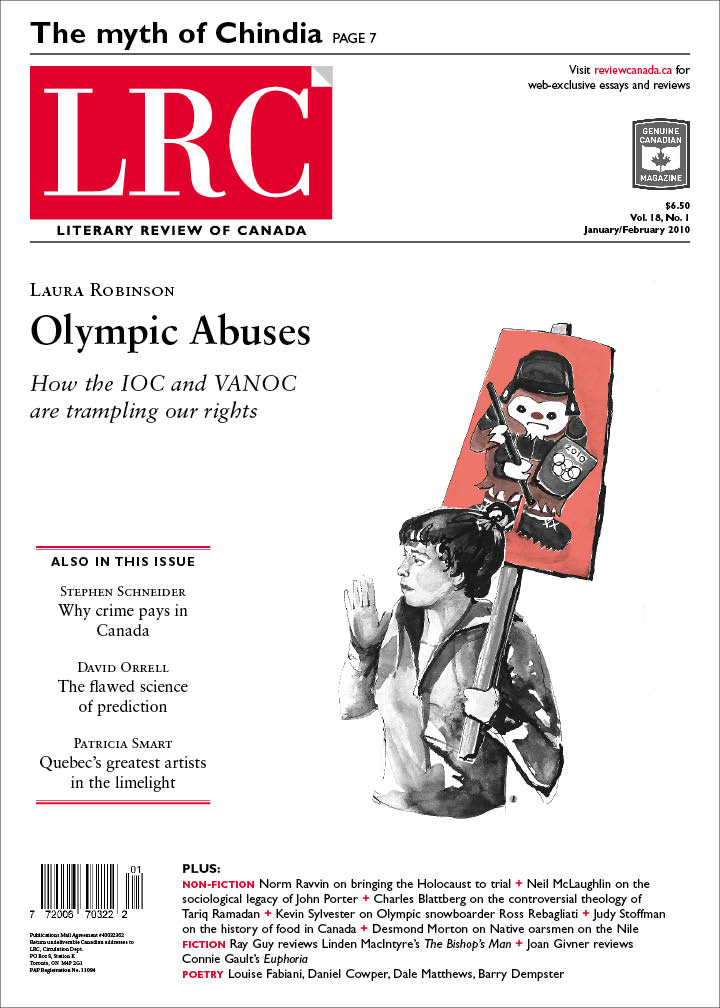 For a country raised on the mother’s milk of peace, order and good government, it’s amazing how robust and abundant Canada’s criminal industry has always been. In our January/February 2010 issue, criminologist Stephen Schneider traces organized crime’s development in this country, from the pirates and privateers of our earliest days to highwaymen and cattle-rustlers in the 19th century and on through the murky waters of counterfeiting, smuggling, drug production and human trafficking.

The meteoric rise of China and India among world economies has prompted Canadian economist Wendy Dobson to write Gravity Shift: How Asia’s New Economic Powerhouses Will Shape the Twenty-First Century, in which she predicts a largely cooperative future between the two emerging powers and the United States. Our reviewer, Jonathan Holslag of the Brussels Institute of Contemporary China Studies, begs to differ.

The controversial Swiss-born Muslim theologian Tariq Ramadan attracts praise both in the West and throughout the Muslim world for his tolerant, democratic philosophy – which some suspect masks a sinister fundamentalist agenda. In this month’s LRC, philosopher Charles Blattberg accounts for these radically split opinions, reviewing a sympathetic new portrait of Ramadan’s ideas by leading Roman Catholic theologian Gregory Baum.

The Winter Olympics are almost upon us: a brilliant event for the world’s top athletes, but a somewhat tarnished one for those who care about Canada’s adherence to democratic values and Charter rights. Are “enjoyment of the Games” and “the right to protest” entirely mutually exclusive? VANOC and the IOC appear to think so, while sports essayist Laura Robinson emphatically does not.

Stimulating winter reading from the LRC!