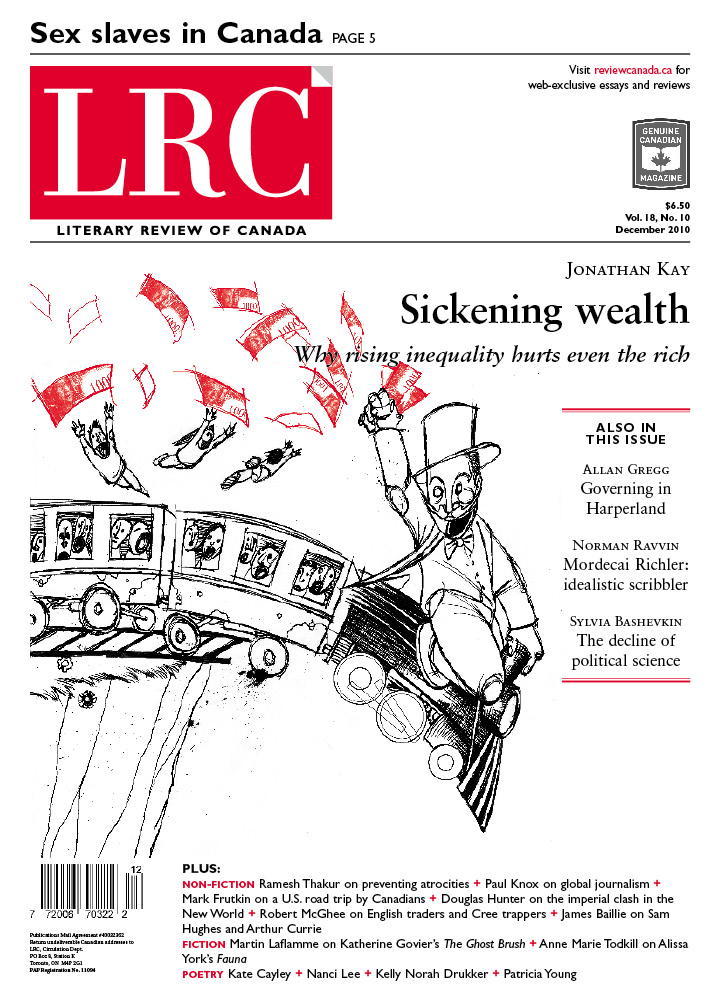 Cole Porter’s famous question, “Who Wants To Be A Millionaire?” (appropriately inflated for the 21st century to “Billionaire”), gets a resounding “I don’t!” from Linda McQuaig and Neil Brooks in their feisty new book The Trouble With Billionaires, which National Post Comment editor Jonathan Kay reviews in our December issue. Kay zeroes in on the key aspect of the authors’ argument: that billionaires are bad for all of us because they lead to greater and greater income inequality in society and that, in turn, leads to the degradation of health, education and the economy as well as to low class mobility and widespread political instability. Looks like Frank Sinatra and Celeste Holm were right.

We don’t like to think of Canada as a place that would countenance sexual slavery but according to Benjamin Perrin’s shocking new book, Invisible Chains: Canada’s Underground World of Human Trafficking, the abhorrent practice is alive and well within our borders. Crusading human rights lawyer Amir Attaran reviews the book for us and suggests that simply describing the problem isn’t enough: serious activism is called for in the face of government indifference.

Have you noticed that conservative analysts have recently been getting louder and liberal ones more muted? Self-styled progressive political scientist Sylvia Bashevkin of the University of Toronto definitely sees this as a trend, asking why her likeminded colleagues seem to have gone missing in action.

A happy holiday season to all our contributors and readers!