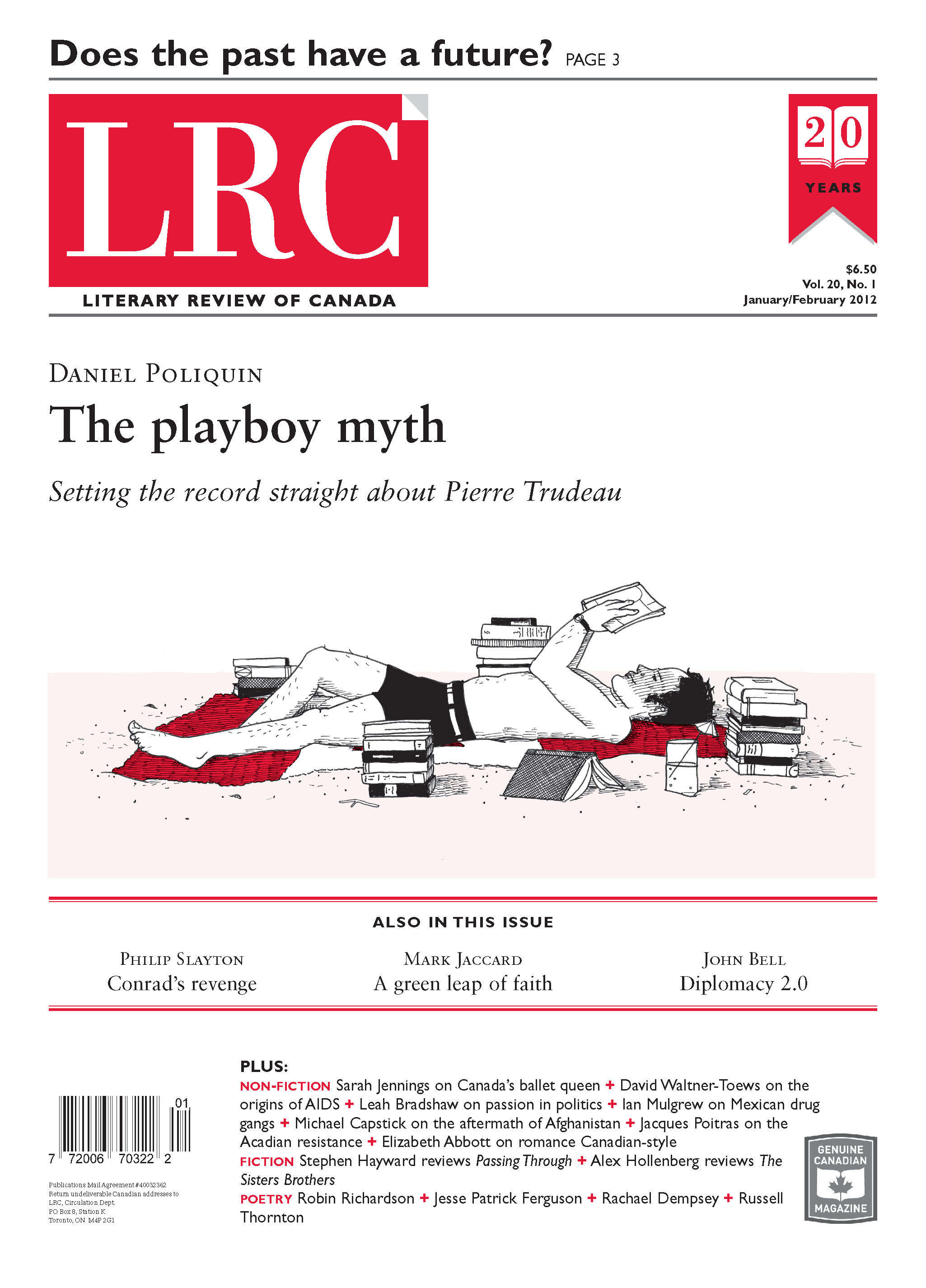 “Does the Past Have a Future?” That’s the intriguing question posed in Kenneth Dewar‘s LRC feature essay this month. This Mt. St. Vincent historian wonders whether the modern personality-focused and pop-culture approaches to history are going to supercede traditional academic methodologies. “It seems that many readers want to experience the past,” he writes, “rather than to assess competing interpretations of it.”

Now that our fighting forces have left Afghanistan, the questioning begins. Two recent books, Chris Alexander’s The Long Way Back: Afghanistan’s Quest for Peace and Terry Glavin’s Come From the Shadows: The Long and Lonely Struggle for Peace in Afghanistan, are evaluated in our pages by retired CF Colonel Michael Capstick, who has stayed on in that war-torn country advising the government and working with an international NGO based in Kabul.

One of the most talked-about books of the season has been Conrad Black’s A Matter of Principle which documents, among many other things, the author’s epic battles with the U.S. justice system. Our reviewer is Philip Slayton, whose own books on the Canadian legal system have caused much discussion in recent years.

Some bracing fare for mid-winter reading.