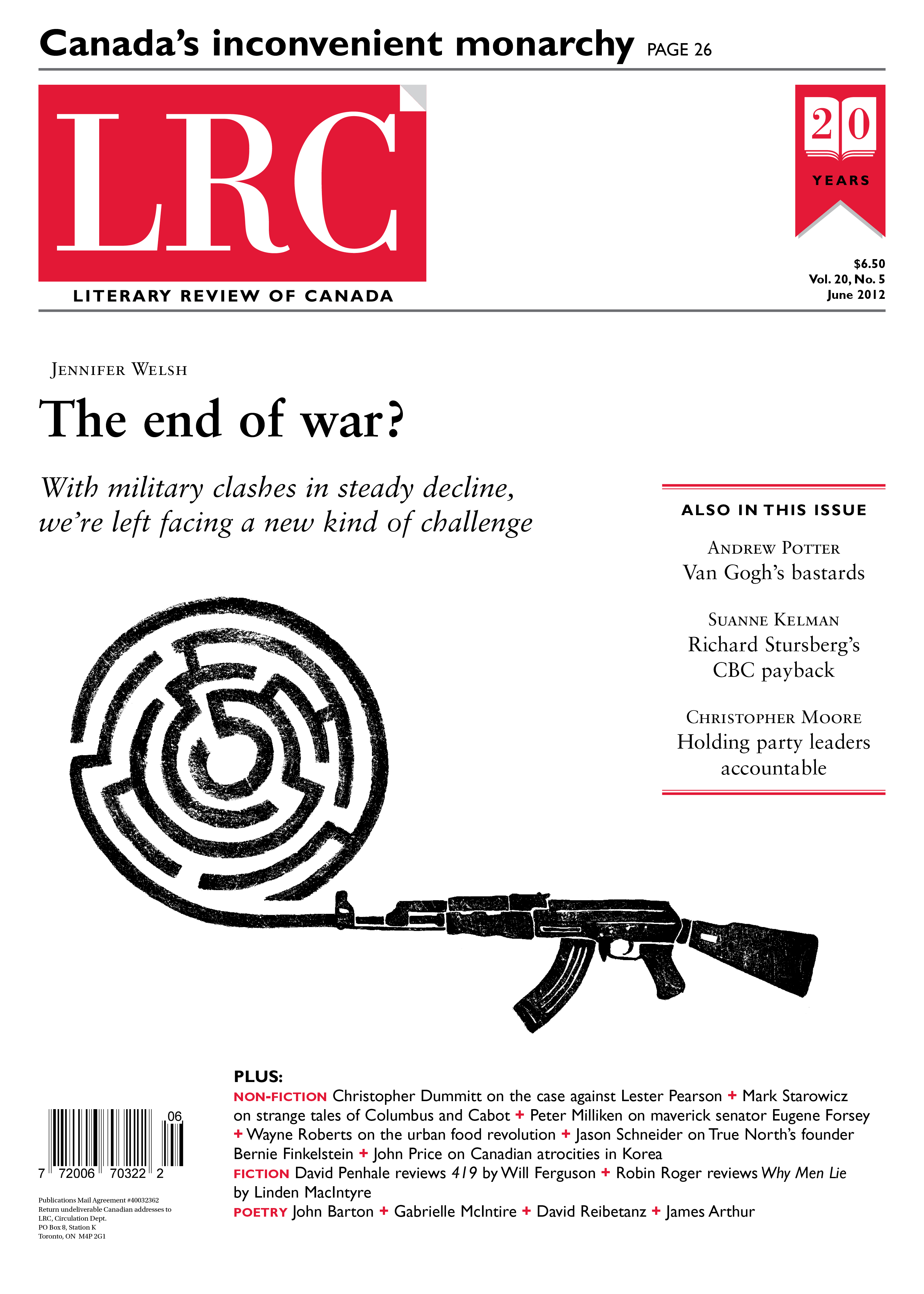 The theme for this month’s online features could well be lifted from Gilbert & Sullivan’s HMS Pinafore:

Things are seldom what they seem.

In Jennifer Welsh’s masterful essay, “Beyond War and Peacekeeping,” the Oxford-based political scientist notes that although over half a million people now die annually in violent circumstances, only ten percent of those die in formal conflict settings. If war isn’t what it used to be, are we wise to be stressing our military capabilities and creating a more bellicose culture?

Suanne Kelman’s challenging review of Richard Stursberg’s The Tower of Babble examines Canada’s public broadcaster, the CBC, through the author’s eyes and through the eyes of others who would define public broadcasting very differently from the way Stursberg did – with popular entertainment shows trumping news, current affairs and the high arts – during his controversial six-year reign at the Corporation.

And then there is Van Gogh. In Modris Eksteins’ latest work of social and cultural analysis, Solar Dance, reviewed for us this month by Andrew Potter, the case is made that our age’s hunger for authenticity, for emotional truth and the politics of perception rather than for facts or reality, can be traced to the famous Dutch painter and his tortured quest.

Steven Colbert’s “truthiness,” if you will, which takes us right back to Pinafore.