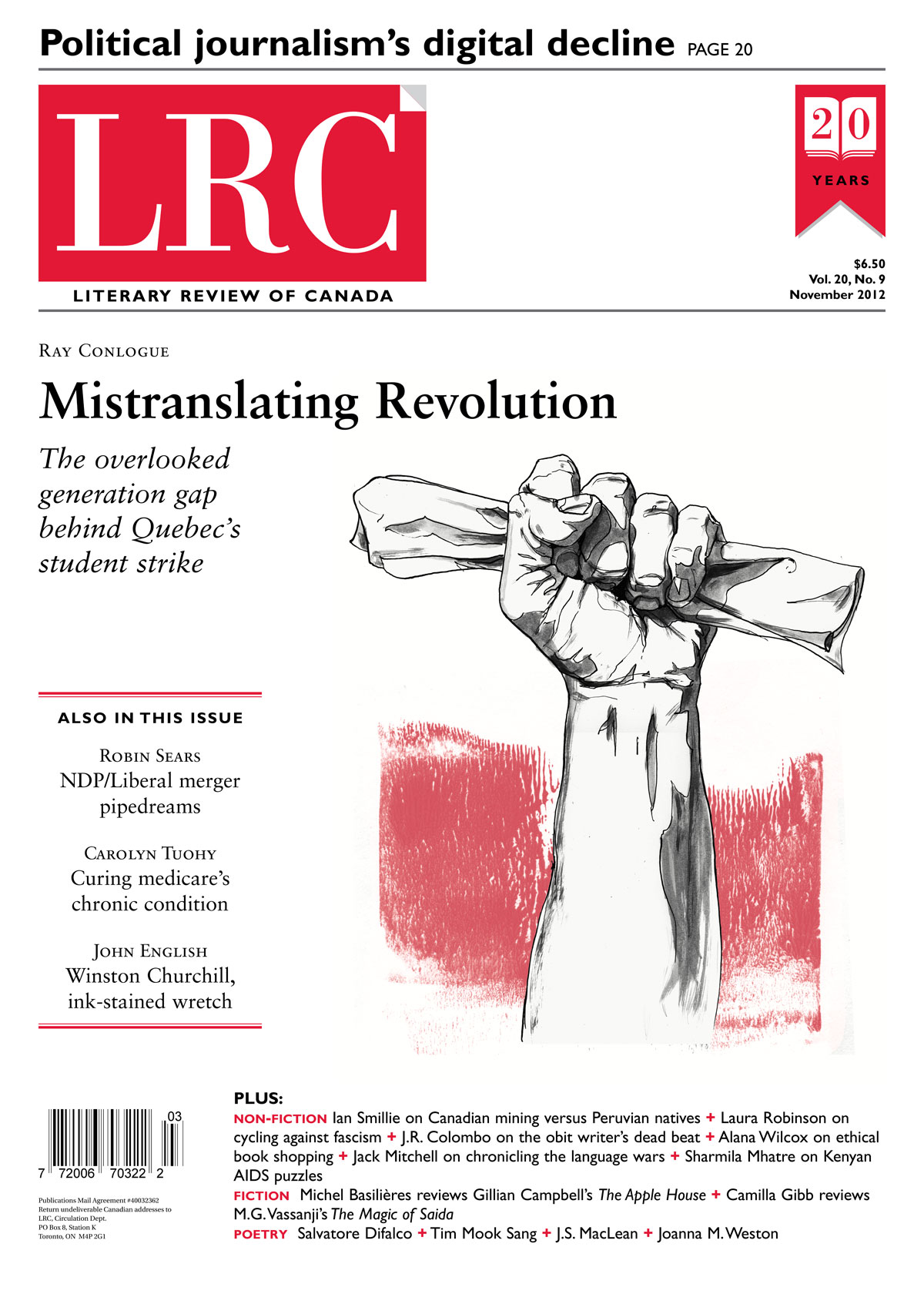 Re: “You Can't Get There from Here,” by Robin V. Sears

There may be no one better or worse situated than Robin Sears to review my book Power Trap: How Fear and Loathing Between New Democrats and Liberals Keep Stephen Harper in Power—and What Can Be Done About It on the future of the federal Liberals and NDP. No one better because Sears has spent a lifetime in the higher echelons of party politics and played a role in the abortive Liberal-NDP coalition talks in 2008.

No one worse because Sears is a charter member of the party professional class whose tribal rivalries are the obstacle to a united progressive effort to replace the Harper Conservatives.

Strangely, if you leave aside Sears’s patented condescending sneer and several misstatements about my views, he seems to agree with the thesis of my book. That is, the Liberals and NDP are now competing largely for the same voters. Under our first-past-the-post system that gives the Conservatives an unearned advantage.

Indeed, in his review Sears adds further chapter and verse to the subtitle of my book.

Our main point of disagreement seems to be how progressive Canadians will find unity. He recasts himself and his backroom friends as the heroes of the story, working behind the scenes to mend rifts and build bridges—in perfect obscurity except when, well, Sears writes a book review.

I agree that men and women like him may eventually be the midwives of a new party. Still, at various times Sears, Brian Topp, Jamie Heath, Eddie Goldenberg, Nathan Cullen, Ed Broadbent, Bob Rae and Jean Chrétien have all advocated party collaboration. Yet nothing much has happened. Public debate about party merger has been desultory in the NDP, and non-existent among Liberals.

Meanwhile, a recent Ipsos Reid poll suggested that more than half of NDP supporters and nearly two thirds of Liberal supporters favour a merger.

It may be that when the history of the coming years is written, we will learn that the Harper government was defeated by a progressive political force crafted entirely by political insiders, and perhaps the book will be entitled The House That Robin Built.

But in the meantime, I don’t think that the rest of us should be told that this is none of our business. Sears says leave it to the party pros. I say that citizens and supporters of the opposition parties should also have a voice. Parties are not the sole property of those who run them; the voters they purport to represent also deserve a voice.

Re: “The Houses CanLit Built,” by Alana Wilcox

In her review of Rowland Lorimer’s Ultra Libris: Technology and the Creative Economy of Book Publishing in Canada, Alana Wilcox makes the important point that if Canadians want to keep the book alive in our country, we must understand the publishing business. It’s an eccentric and convoluted industry, prone to much misunderstanding, yet absolutely vital to our culture, and we need books like Lorimer’s to help unravel its ­conundrums.

My book The Perilous Trade: Publishing Canada’s Writers, reviewed in these pages when it first appeared in 2003 and later reissued in an updated edition, has a similar motive. And so I must challenge Wilcox’s characterization of it, when contrasting it with Lorimer’s more academic study, as simply “anecdotal, even gossipy”—although it’s both those things, in places—and overly concerned with parties.

As a fine publisher herself at Coach House Books, Wilcox must know what an indispensable role parties play in the publishing process. Aside from that, The Perilous Trade was written out of a conviction that the most influential and original Canadian publishing has been driven by individuals—mavericks with a unique sensibility, vision and sense of mission. The diversity of these characters, some of them mad as hatters, accounts for the tremendous diversity of Canadian publishing itself. In writing my history of the industry, therefore, it was natural to focus on the individuals who built it. To take that approach is not to dwell on trivia, but to relate the human story of an all-too-human profession.