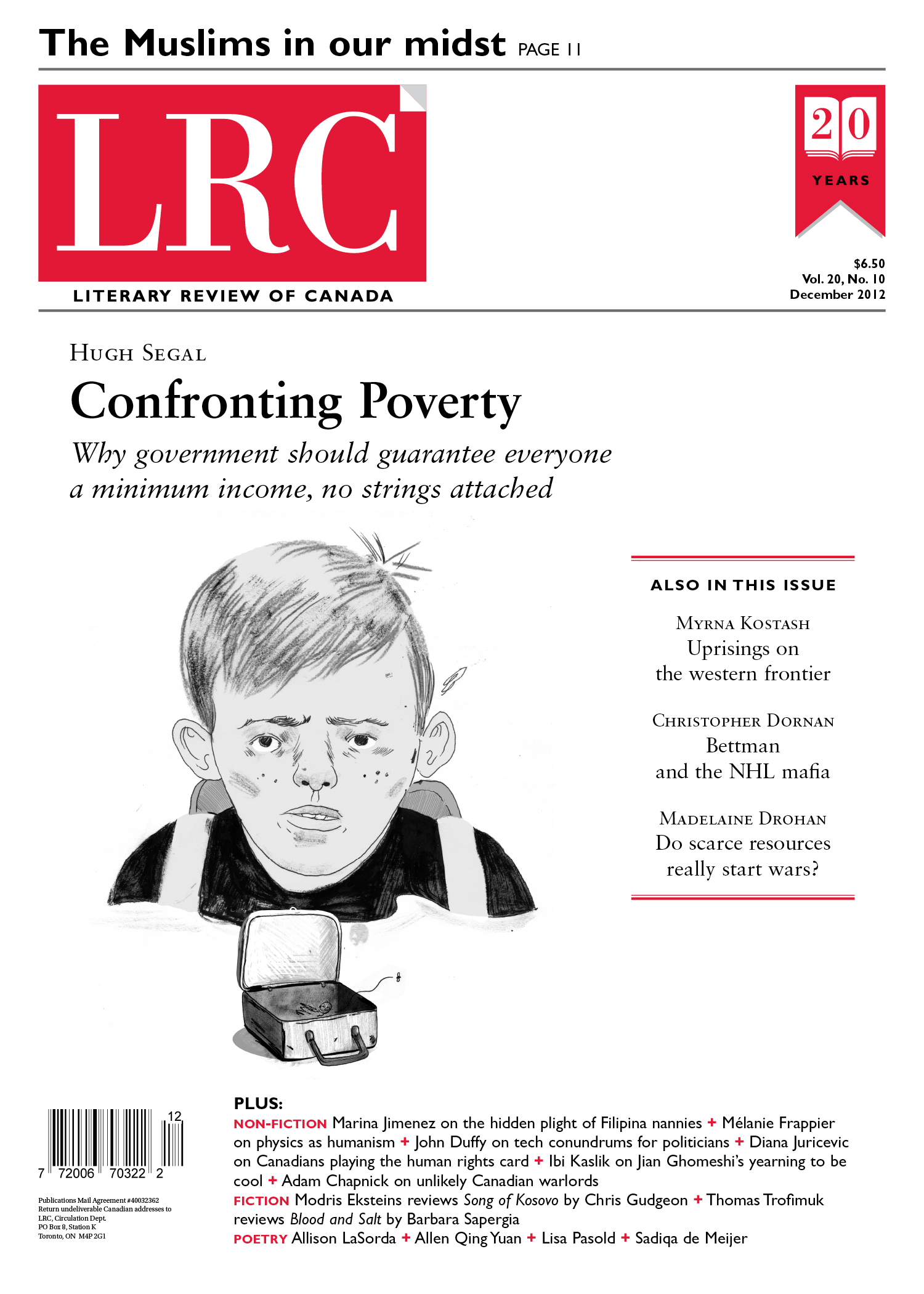 Solving poverty is one of those inexorable tasks we keep coming back to over and over as a society. In this month’s LRC, Senator Hugh Segal, one of Canada’s staunchest and most respected Red Tories, proposes that we give serious thought to a Guaranteed Annual Income, a floor below which we will not allow our most impoverished citizens to drop, constructed along the same lines as our healthcare and pension systems. Instead of institutionalizing poverty at enormous cost to the nation, he writes, we could be doing the right thing and eradicating it.

The American West was opened with blood-soaked violence, while the Canadian West benefited from the peace, order and good government of Ottawa and the Mounties. At least that’s the legend Canadians have been told. Alberta-based writer Myrna Kostash has researched a pair of encounters between aboriginals and settlers, one in the US and one in Canada, that tell a very different story.

John Duffy, a thoughtful and influential backroom strategist in this country, considers the question of how political and governing structures can hope to respond effectively to the countless changes to our lives that science and technology are throwing up these days. In his review of Three Bio-Realms, he predicts that “the growing salience of what I call techno-politics will force a considerable degree of re-alignment in many voters’ party preferences.”

We wish all our readers a very happy holiday season.