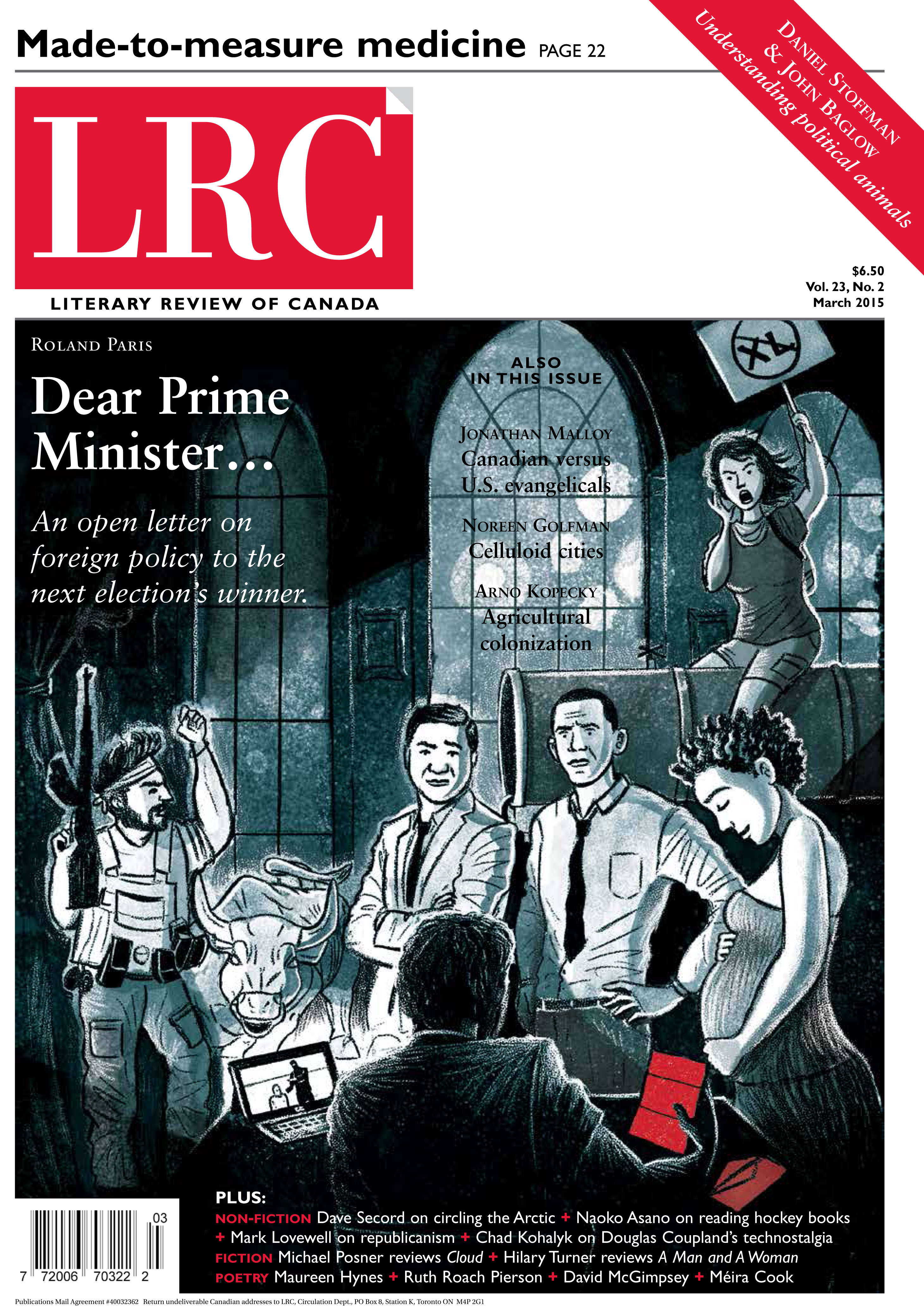 As we move ever closer to a Fall 2015 federal election, the LRC has asked one of Canada’s most astute commentators on foreign affairs, Roland Paris—director of the Centre for International Policy Studies at the University of Ottawa—to give his advice to the country’s next prime minister, whomever that may be, on this country’s relations with Asia, the Middle East, Europe and our various American neighbours. A must-read for all who care about Canada’s future role in the world.

Sequencing a genome in 2001 cost $100 million—today it can be done for $1000. That puts genetic diagnostics within the range of an awful lot of people, launching what author Pieter Cullis calls The Personalized Medicine Revolution. Geneticist Esther Verheyen of Simon Fraser University reviews Cullis’s startling new book and draws out its implications.

If it’s winter there must be hockey books, right?  But this year sees the arrival of something quite different from the usual players’ memoirs and heated debates over fighting, head injuries and money. Puckstruck by Stephen Smith is more of a cultural analysis of Canada’s hockey obsession, and our reviewer Naoko Asano has a lot of fun analysing Smith’s analysis.

Kudos to our writers: they shoot, they score.