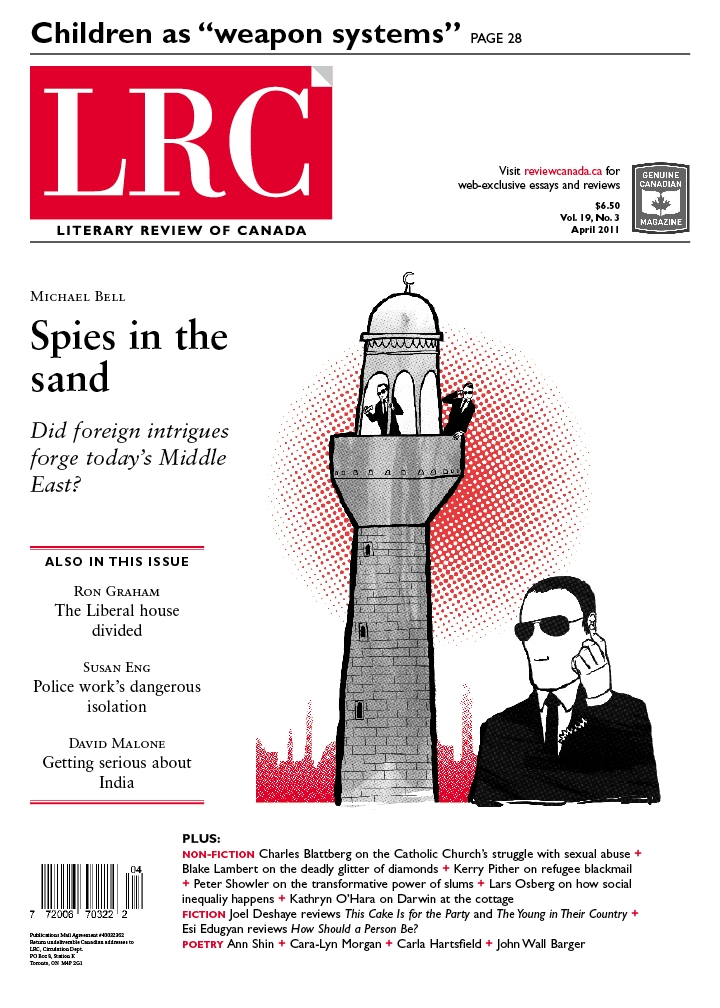 Re: “The Problem with Neutrality,” by Charles Blattberg

It is a strange business being damned for being “extremely balanced, indeed maddeningly even-handed” in our treatment of an indisputable evil as if by being so—slaves to “neutralist liberalism”—we have displaced our moral compass.

Charles Blattberg in his review of our book—Suffer the Children unto Me: An Open Enquiry into the Clerical Abuse Scandal—deplores the fact that we have not written a J’accuse. Is he unaware of the fact that numerous books, documentaries, official investigative reports, government commissions, psychological and sociological analyses, exposés, memoirs, and personal and collective cris de coeur already exist?

Blattberg likes a goodly dollop of outraged emotion to sit comfortably alongside his dispassionate analysis of the authors’ studied neutrality of tone and argument. He opens his critique with a high-pitched evocation of every parent’s nightmare (and just for the record the authors have children of their own and understand the depths of his feeling) and then proceeds by indirection, rhetorical sleight of hand and a few indulgent displays of dubious relevance to excoriate our liberal if not moral failure in choosing a measured analysis over oracular denunciation.

To insist on justice as if this was a self-evident ideal while at the same time jettisoning all ideas of fairness is an exercise beyond any of us. Justice without fairness, without context, without consideration, is arguably an impossible ideal, if an ideal at all. Blattberg believes it is a grave defect that the voices of the victims are absent—a bloodless reckoning. Is no discussion allowed without a graphic litany of pain and suffering? Is there not a danger that an account of the sheer intolerable misery will drown out any and all other reflections? And if that were to happen would the result be justice or vengeance, or are the two in his mind equivalent?

Quite simply, we remain confounded by whatever circumstances or philosophical alchemy “fairness” became an undesirable quality.

Re: “What Causes Social Inequality?,” by Lars Osberg

Lars Osberg’s exercise in historical what-iffing is a refreshing departure from the dreary determinism we social scientists are heir to. Momentous swings in history clearly can hinge on seemingly accidental events. If, as almost happened, Lord Halifax had become prime minister in 1940 instead of Winston Churchill, all our lives, if we’d had them, might have turned out very differently.

Still, is it really true that if Desert One had not (literally) crashed and burned in April 1980, if Jimmy Carter’s attempt to rescue the American hostages in Tehran had gone on to succeed, and if Ronald Reagan had therefore never won the White House, most Americans would now have Swedish as a second language? (Or, to be even more fanciful, live under a black president, enjoy universal health care and, like Greeks, annually borrow ten points of gross domestic product per year via their federal government?) Similarly, had Argentine forces been less incompetent and sunk HMS Invincible in the Falklands War, would Thatcherism really have died in the cradle and its mother gone on to be a sort of British Joe Clark? For that matter, had Franklin Roosevelt and not the mayor of Chicago standing near him died in the February 1933 assassination attempt on the president-elect, would there never have been an era of Big Government for Reagan and Thatcher to try to undo?

Do recall that: Carter was a centrist Democrat who, even after Desert One, fought back a primary challenge from Ted Kennedy, leader of the party’s left wing; that he (together with Senator Kennedy, strangely) had already begun the deregulation of trucking and airlines that presaged further deregulation later; and that he, not Reagan, appointed Federal Reserve chair Paul Volcker, who conquered an inflation that had been widely considered a defining characteristic of modern economies and in so doing helped fully as much as Reagan did to restore Americans’ sense that society was not destined to permanent malaise. Similarly, even if Thatcher’s political career had fallen victim to more accurate Exocet targeting, millions of people in post-Heath, post-Callahan Britain were fed up and ready for dramatic change. Surely some political entrepreneur would have provided it.

The more immediately relevant meditation Osberg’s review and Gregg Olsen’s book induce is whether policy can easily or with any precision alter the impenetrable complex of laws, habits, taxes, subsidies, beliefs, moral outlooks and no doubt many other things that determine the evolution of a country’s income distribution and do so in a way that turns it toward the distribution observed in some other country, say Sweden or Denmark. Precision seems unlikely, mutability less so, but reflection suggests that the most impressive thing about the ratio of top to bottom tenths of after-tax incomes in Canada over the last 60 years has been its constancy.

Re: “Children As “Weapon Systems”,” by W. Andy Knight

I produced this book to engage the understanding, empathy and action of the Western Peers of Child Soldiers around the globe. The governments, academics and non-governmental organizations of the world have failed to adequately protect the children in conflict areas from being ruthlessly recruited as child soldiers; I am confident that by engaging our youth we can make great strides toward the eradication of the use of child soldiers worldwide.

I wish to take this opportunity to address Dr. Knight’s review so as to clarify my viewpoints. I also want to express that I welcome the opportunity to engage academics, as the entire premise for my work on the Child Soldiers Initiative has been to bring together the various actors who have worked in closed silos for far too long.

A new approach and a new lexicon must be developed, and such an approach must be provocative. With this in mind, I stand by my terminology.

By continually failing to acknowledge the actors involved in perpetuating child soldier use as military, and so talk their talk and walk their walk, the NGO and social sciences communities have failed entirely to address the realities of the issue.

By focusing only on disarmament, demobilization and reintegration (DDR) and not on the eradication of the child soldier concept, we try merely to fix the broken, rather than protect the whole.

For the NGO and social sciences communities and the military to persist in their outdated recalcitrance with regards to engaging in shared expertise is to remain shrouded in limited, ineffective, status quo thinking. What is required now—and this is the primary proactive suggestion of my book—is innovative collaboration.

To quote myself: “If we open ourselves up to learning about others and share a common goal of child protection, it is possible to make a difference … It will be a long struggle with evil and ignorance and often seemingly implacable intransigence and downright pigheadedness. But so what if we have to battle? So what if it takes forty or fifty years to end the use of the child soldier weapon system? It will have been worth it for the betterment of humanity and the protection of our youths.”