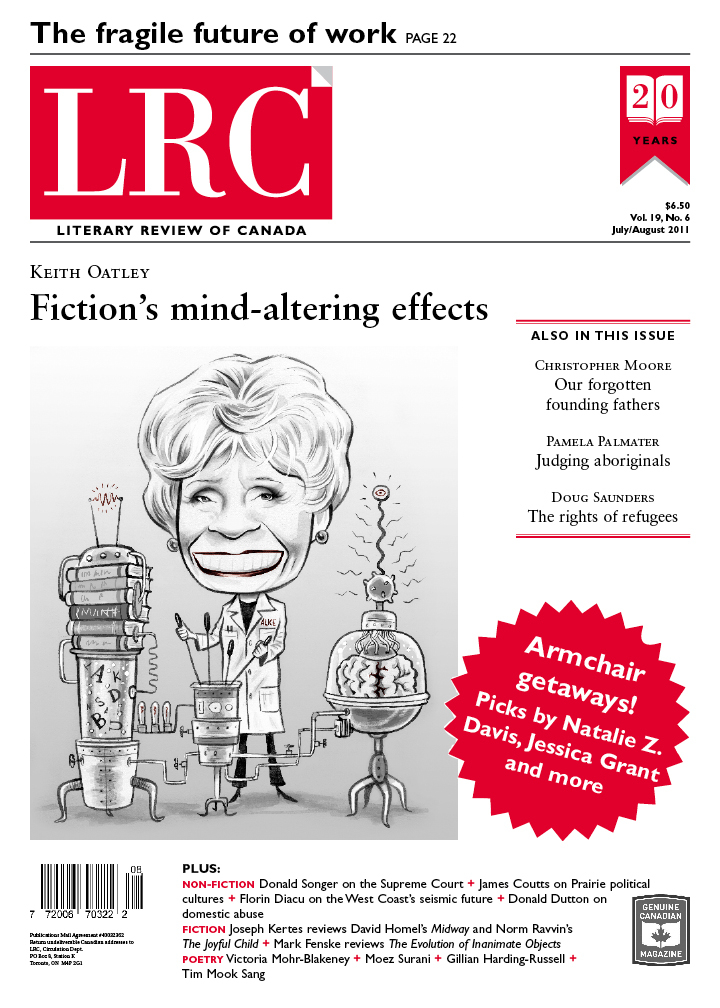 As a member of the Stoney Tribe, I was disappointed with Pamela Palmater’s review of John Reilly’s book, Bad Medicine: A Judge’s Struggle for Justice in a First Nations Community. It appeared the objective of the review was to portray Judge Reilly as a self-centred attention-seeker who was only out to advance his own interests. Overlooked was the fact that Reilly nearly destroyed his career and himself personally, by bringing attention to the political problems in my community. A person whose only goal was notoriety would have certainly found easier means and not put himself at such risk. By discrediting Reilly, Palmater discredits the voices of the Stoney people who are saying that all is not well in our community. But I am not surprised by Palmater’s response as First Nations are reluctant to discuss dilemmas of reserve governance openly for fear of exacerbating stereotypes and giving ammunition to Canada’s political right, which is known for its strong and often racist opinions against indigenous people (see, for example, Calvin Helin’s Dances with Dependency: Out of Poverty through Self-Reliance). While many First Nations have well-organized political institutions and govern their communities effectively, others suffer from inept governance systems that contribute to political quandaries like those seen on the Stoney reserve.

In truth, the political issues that Reilly raised back in 1996 still plague the Stoney Tribe. Not only did one Stoney chief recently decide to forego an election and was taken to court by his own people, another chief, Ernest Wesley, refused to sign the budget until the Stoney Tribal Council agreed to be accountable and adhere to its own financial policy. I can only assume that Palmater does not read national newspapers when she asserts that Chief Wesley, who was deemed in Reilly’s book to be of good character, was being investigated for misappropriation of funds. Had she looked beyond our partisan website, Palmater would have learned that no such investigation took place as the call was simply a smokescreen erected by the other two Stoney chiefs in the interest of maintaining the status quo.

Instead of shooting messengers like John Reilly, we need to look at why some First Nations are afflicted with such intense political problems. Many attribute these difficulties to the Indian Act, which forced First Nations to abandon their traditional governance systems and adopt the foreign system of band governance. Whatever the case, let us admit our problems so we can begin rebuilding our nations from the destructive forces of colonization.

Re: “An Ongoing Battle,” by Don Dutton

My ongoing debate with Don Dutton about whether men are more violent than women in intimate relationships is starting to take on the appearance of a dog-and-pony show. Needless to say, though, there is nothing amusing about this heated dialogue, especially for the thousands of women who continue to suffer in silence. Contrary to what Dutton asserts, woman abuse is a major worldwide public health problem. For example, the World Health Organization conducted a multi-country study of the health effects of domestic violence. Over 24,000 women in ten countries were interviewed and the percentage of women who were ever physically or sexually assaulted (or both) by an intimate partner ranged from 15 percent to 71 percent, with most research sites ranging between 29 percent and 62 percent.

Another major international study—the International Violence Against Women Survey—interviewed 23,000 women in eleven countries and the percentage of women who revealed at least one incident of physical or sexual violence by any man since the age of 16 ranged from one in five in Hong Kong to between 50 percent to 60 percent in Australia, Costa Rica, the Czech Republic, Denmark and Mozambique. Furthermore, research shows that in Australia, Canada, Israel, South Africa and the United States, 40 percent to 70 percent of female homicide victims are murdered by their current or former partners. Another unsettling truth is that 14 girls and women are killed each day in Mexico. Consider, too, that large- and small-scale surveys consistently show that every year approximately 25 percent of North American female undergraduates experience some type of sexual assault.

Certainly, some women physically assault men. Still, the number who do so pales in comparison to the rate of male-to-female violence in Canada and elsewhere. To reach the conclusion that women are as violent as men, Dutton continually artificially narrows the definition of violence between intimates to obscure injurious behaviours that display marked sexual asymmetry, such as sexual assault, strangulation, separation/divorce assault, stalking and homicide. As Molly Dragiewicz and I state elsewhere, these behaviours are commonly part of abused women’s experience, rather than an unacceptable or hysterical broadening of the definition of violence. Dutton downplays research on these forms of violence. As well, he pays little attention to differentiating between defensive and offensive forms of violence between intimates, a courtesy we extend to other victims of crime.