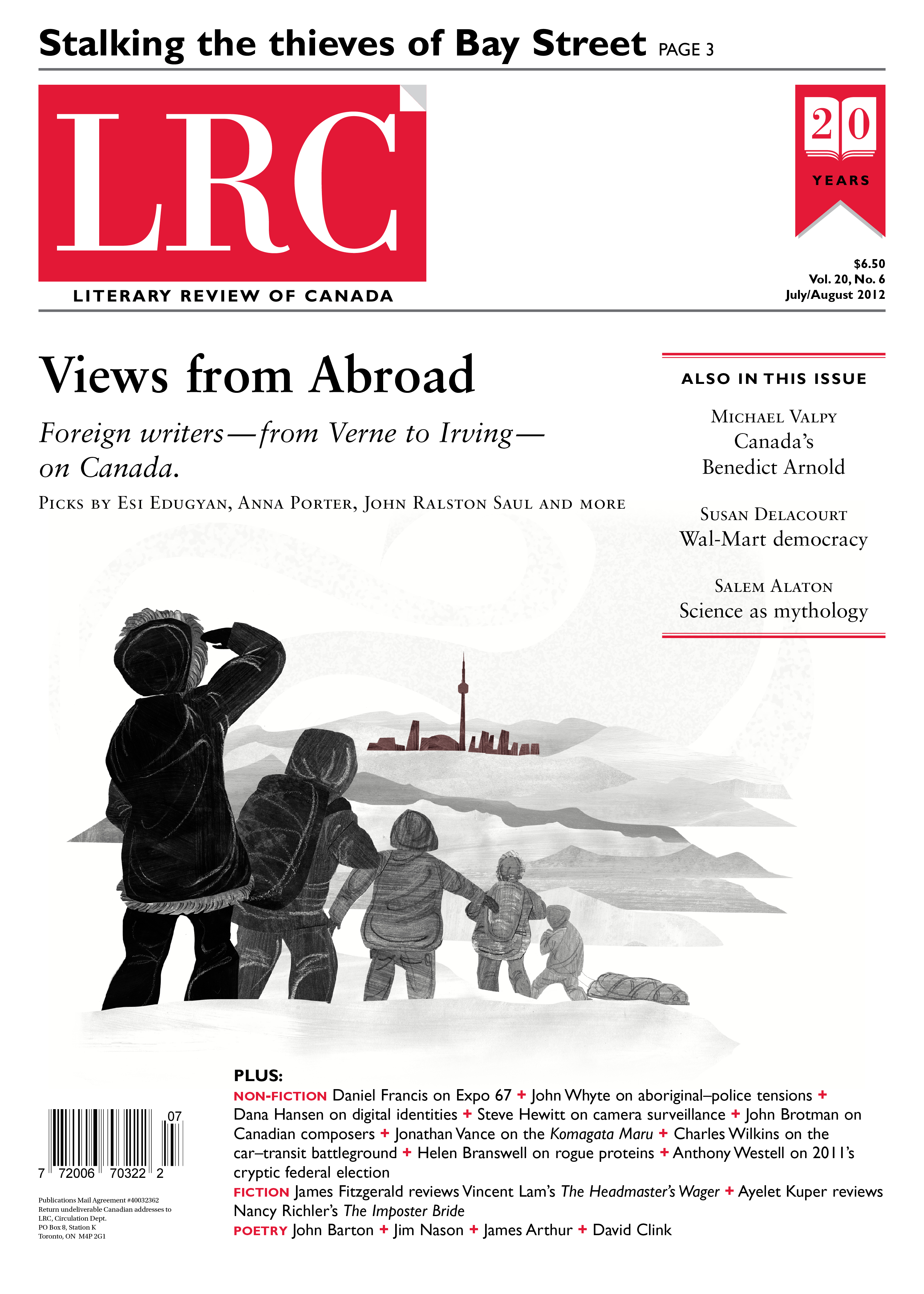 Re: “Trading with the Sharks,” by Michael Decter

Michael Decter does a masterful job of having it both ways, first praising Bruce Livesey’s long string of oversold claims about unrelated financial scandals before pointing out that all the scandals don’t amount to a hill of drachmas relative to the massive scale of the spectacular achievements of the Canadian investment markets. Only late in his review does Decter come around to his most important conclusion: caveat emptor. No amount of legislation is going to prevent fraud and corporate failure, nor can bureaucrats enforcing thick volumes of regulations turn every investment into a sure thing—which seems to be the underlying objective of Livesey’s book, leaving aside his Occupy Bay Street ideological perspective. Aggressive pursuit of fraudsters and scam artists like Bernie Madoff under existing laws would be far better than creating some new national regulatory regime. Better still, as Decter concludes, would be to develop a generation of wary investors. Nobody following his four rules would have put a dime in Madoff’s funds or lost a penny in Bre-X.

As for Livesey, he doesn’t care to know the difference between a Ponzi scheme, rogue brokers, hedge funds, shadow banking, private equity, legitimate bankruptcy, outright fraud and an underlying global economic trend. It’s all one big black pot to him. To wit: “The financial industry has actively helped to destroy manufacturing companies in Canada and abroad.” Such nonsense may appeal to some readers of Thieves of Bay Street: How Banks, Brokerages and the Wealthy Steal Billions from Canadians, especially those who see the world through the Occupy prism and already believe the financial markets are dens of thieving one-percenters fleecing the poor and the middle class. It’s a lot easier to claim investment bankers and crooked CEOs are killing Canadian manufacturing than to understand the forces buffeting the economy.

Decter gives Livesey way too much credit for what is essentially shoddy technique. Find an innocent victim like a Nortel pensioner and play the victim off against CEOs who are portrayed as plunderers. It’s cheap, ideological trickery, which runs thick through the book. Nortel failed for a lot of complicated reasons, none of which is related to financial fraud. Taking libellous shots at corporate icons (Conrad Black, Frank Stronach, Frank Dunn) and profiling relatively minor local Ponzi artists as if they were part of some global system of financial schemery are other Livesey techniques. A chapter titled “Tales from the Crypt: The Rise of Shadow Banking”—a spooky name for some of the greatest innovations of modern finance—turns out to be not about shadow banking but a dull rehash of local investment scams in Toronto and Montreal that would be too tired for retelling in a daily newspaper.

Aside from this failure to highlight the core weakness in Thieves of Bay Street, Michael Decter has written a good and too fair review of a bad book.

Re: “An Imperial Crisis,” by Jonathan F. Vance

Jonathan Vance has given my book, Undesirables: White Canada and the Komagata Maru, mixed marks. I do appreciate his praise for my providing “a succinct and fascinating account” with “skillfully drawn” characters and a “documentarian’s deft hand.”

At the same time, I am concerned that he charges me with offering no analysis and doesn’t seem to acknowledge the central thesis of the book that is embedded in the subtitle: that Canada had a whites-only immigration policy from 1867 to 1967.

The Komagata Maru was challenging a seemingly neutral immigration regulation that deemed all immigrants to Canada must come by continuous journey from their country of birth or nationality. It was an open secret that this regulation was aimed specifically at South Asians—and was the most effective exclusionary tool designed by Canada. Vance correctly asks if anything has changed, but in doing so appropriates my own comparison of this regulation with current refugee policies (about which I am explicit in the book).

Sir Wilfrid Laurier, who, as prime minister, enshrined this regulation in the Immigration Act in 1908 and as Leader of the Opposition supported the turning away of the Komagata Maru, was unambiguous in his views—“The people of Canada want to have a white country.”

Vance claims the scope of my book is “imperial and Indian” and thereby not Canadian. His excision of Canada from the British Empire is no different from Prime Minister Stephen Harper’s statement at the 2009 G20 summit that “we also have no history of colonialism.”

At the time of the Komagata Maru, the event was described in racist, fear-mongering terms as a “Hindu invasion.” Vance makes a lengthy and unprecedented assertion that the passengers could have been considered then to be “latter-day Fenians,” i.e., part of a South Asian, revolutionary attack on Canada. My research of primary Canadian materials turned up nothing to support this supposition.

He then goes on to assert that “there were many connections between the vessel’s backers and the Ghadar Party.” Ghadar party representatives did address the passengers, and distributed literature at a Japanese port; however, there is nothing more than this instance to substantiate the claim that the voyage was a Ghadar conspiracy. In the test case that ensued, security concerns were not raised. Nonetheless, like the current government of Canada, Vance raises threats to national security to conflate and obscure the central undeniable issue of race and lawful entry into Canada.

In 1914, the government’s response to the ship, backed by the unanimous decision of the British Columbia Court of Appeal, legally enshrined Canada’s right to discriminate against fellow British subjects on the basis of race. This is precisely why I argue that this event was a transformative moment for Canada and the Empire. Unfortunately, Vance’s review demonstrates the limits of Canadian nationalist history in which issues of race within nation building continue to be at best seen as anomalous and their impact downplayed.