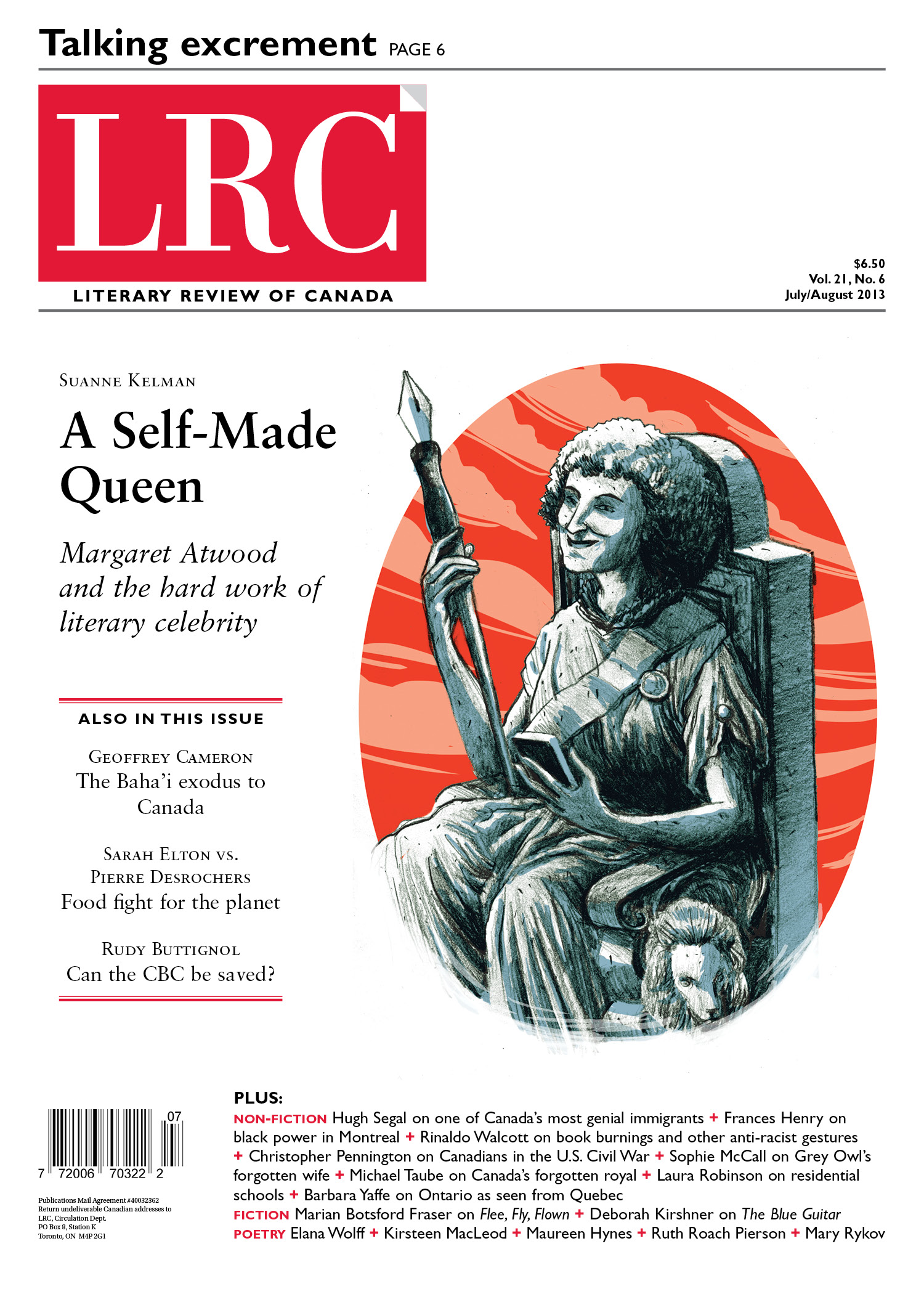 Re: “The Politics on Our Plate,” by Sarah Elton and Pierre Desrochers

In these years of hot-tempered politicking about issues of 100-kilometre eating, locavorism, globavorism, agribusiness, obesity and anorexia, the best thing to do before settling in with this latest verbal battle between Sarah Elton and Pierres Desrochers is to run out for a five-spice pork belly bao from Banh Mi Boys here in Toronto, and believe me it’s worth the price of a flight if you happen to be unfortunate enough not to live within walking distance. This is probably one of the least healthy things you can possibly eat. Unfortunately, it is also just about the most delicious and mouth-pleasing thing you can consume. It is positively organoleptic.

The fact is, the world over, people will eat the most delicious thing they can get their hands on, and the challenge is simply to balance the damage with some exercise. I like to exercise in the kitchen, so I don’t waste those movements: reaching here, bending there, lifting, carrying, always using the core muscles to take the pressure off the shoulders, knees and other parts of the body that sometimes let you down. I intentionally place my appliances, utensils, pots and pans as far away from each other as possible. I use a lot of cast iron, because these are the heaviest. Natural dumbbells, as it were. And, the lift with the oven mitts from the oven to the counter; that is something to practise over and over again. Such stability it gives your core! At the end of one of my exercise sessions I might have a beautiful layered polenta dish: homemade tomato sauce (using canned tomatoes out of tomato season—get your whole body involved with the can opener), fontina, gorgonzola and fresh basil. I figure I can lose up to 100 calories making that dish.

Now back to pork belly and pigs. Pigs are raised almost the world over, except where they are prohibited for religious reasons. They’ll eat anything, and so as long as there is compost, they will flourish. The pork belly bao (bun) is made from pretty much pure gluten I surmise, so you either get over your aversion to it, or miss out on one of life’s sweetest surprises.

It’s not that I am unaware of the need to provide for the world’s poor. I am certain we could do that now, if we simply asked the pharmaceutical industry to help us, in return for what they have collected from us. Especially from drugs that treat diseases we don’t actually have, like “high cholesterol” and “pre-diabetes.”

Re: “The Cultural Queen of Canada,” by Suanne Kelman

In a brilliant novel written in the 1970s entitled White Noise by Don Delillo, the author reminds of us of the growing cacophony of images and sounds competing for our attention. While I’m a purveyor of the commercial arts (literary agent, executive producer and recovering lawyer), I am only too familiar with the conflict between content and commodification.

Having been accosted over the years by intelligent academics and others with absolutely no ability to communicate to a wide audience, I am caught between my enormous respect for wordsmiths whose brilliance is self-evident and the sad fact that these skills are often overlooked in an overcrowded marketplace, exacerbated by the volume of material available in the digital age.

The 2013 Stratford Shakespeare Festival was launched for the first time ever in Toronto by a “debate” between Adam Gopnik and Torquil Campbell on “popular” versus “classical” culture. Not surprisingly, they both agreed that the greatest writer in the English language was—perish the thought—a populist and actually somewhat of a carny.

I despise “celebrities” without talent but profoundly respect and support all efforts to market excellence. This is not always easy as illustrated by the virtual absence of the performing arts on television today.

The Hollywood moguls of the first half of the 20th century, emerging out of poverty but rich in culture and communications skills, remain prime examples of substance and celebrity. Look at what they produced with the technology of their time.

Bravo to Margaret Atwood on her very successful self-promotion, which has accrued to the benefit of the entire literary scene in Canada.

Re: “Blood in the Water,” by Rudy Buttignol

Because my purpose in writing Saving the CBC: Balancing Profit and Public Service has been to provoke an urgently needed public debate, I’m grateful for the extended review by Rudy Buttignol in the LRC.

I have one small correction to make: I did not suggest that the CBC “stop commissioning and acquiring independent programming,” as the review states; only that CBC television begin once again producing some programming on its own.

Buttignol wishes that the book had spent more time looking at the role of provincial public broadcasters (one of which he heads), and on the private production industry. But its purpose was to provide a concise, affordable, accessible introduction to the role of the CBC in the wider media ecology of this country, and at 40,000 words, sacrifices have to be made. There is indeed a place in the emerging debate for a similar book on the experience of provincial educational broadcasters, and perhaps Buttignol is the one to write it.

The important point the book attempts to make, and which the review generously acknowledges, is that the CBC is on the brink of a financial collapse that it is not in a position to survive in any recognizable form. Something has to be done. Either we allow the country’s most important cultural institution to disintegrate into irrelevance and ultimate oblivion, or we can pre-empt the collapse by carefully and purposefully dismantling both the CBC and the surrounding broadcast regulatory regime, with a view to reassembling both in a form that preserves the virtues of public broadcasting while at the same time allowing private broadcasters to do what they do best.

In short, we need to do a thorough review of our antiquated Broadcast Act (1991), before it’s too late. One thing that I’ve found very encouraging over the year or so that I have been engaged in researching and writing and eventually promoting Saving the CBC is the strong consensus among media watchers that the public broadcaster must get out of commercial sponsorship if it is to survive. (And that, inevitably, means dropping hockey.) That’s the essential first step—from there, necessary reform and realignment can follow ­naturally.

Unfortunately, the one place where this consensus is not shared is in the upper echelons of the CBC itself, where sales and marketing managers have come to have an inordinate influence on policy. This can only be changed by firm leadership from above—ultimately, from Parliament.

Re: “Black Power in Montreal,” by Frances Henry

In her review of Fear of a Black Nation: Race, Sex and Security in Sixties Montreal, Frances Henry rightly suggests that there is a vast body of literature on racism in Canada. What I have tried to contribute in the book is a discussion on politics that situates people of African descent within the Canadian/Quebec and black diasporic social and intellectual experience; and to speak about the coevals of race and racism, not as a “black problem,” but as a human problem that adversely, and deeply, has an impact on the lives people of African descent. This problem is firmly embedded in the psyche, riddled with what I describe as biosexual politics—primal anti-black fears rooted in slavery’s history (including in Canada)—which continues to negatively shape our collective daily human encounters.

Henry argues that my discussion of black protest, statelessness and internationalism could have been “given more prominence than a mere few lines of text.” But I not only introduce this issue in relation to Richard Iton’s work on the political potential of the black diaspora, but also elaborate later with Saidiya Hartman’s notion of slavery’s “afterlife” in relation to the RCMP’s mortal fear of the impact of black national/international politics in Canada. These ideas implicitly and explicitly thread through the entire book.

Henry also suggests that the book focuses on “personal and political differences among the protesters” during the Sir George Williams affair. Not only is this misleading, but the many interviews I conducted with people who were active during this period demonstrate the complicated dynamics of the time in relation to gender, age, ancestry, race, class and politics. These dynamics show both the difference and sameness within a people that are often far too simply reduced to the identity “black,” but whose reality is more complex.

My sense is that Henry is looking for a different kind of book. Yes, some empirical information was sacrificed for critical reflection (though the two streams are not incompatible). However, I believe that this “weakness” contributes to the book’s strength, and I have no doubt that others will further document this far too neglected historical moment.

The 1960s represents a gold mine for our understanding of many of today’s pressing issues, including gender, race, class, security, sexuality and political solidarity. It represents a moment of enlightenment on the road, I hope, toward a more expansive vision of freedom for our time. This accounts for the book’s tension between documenting the historical moment in question and reflecting on its contemporary significance.