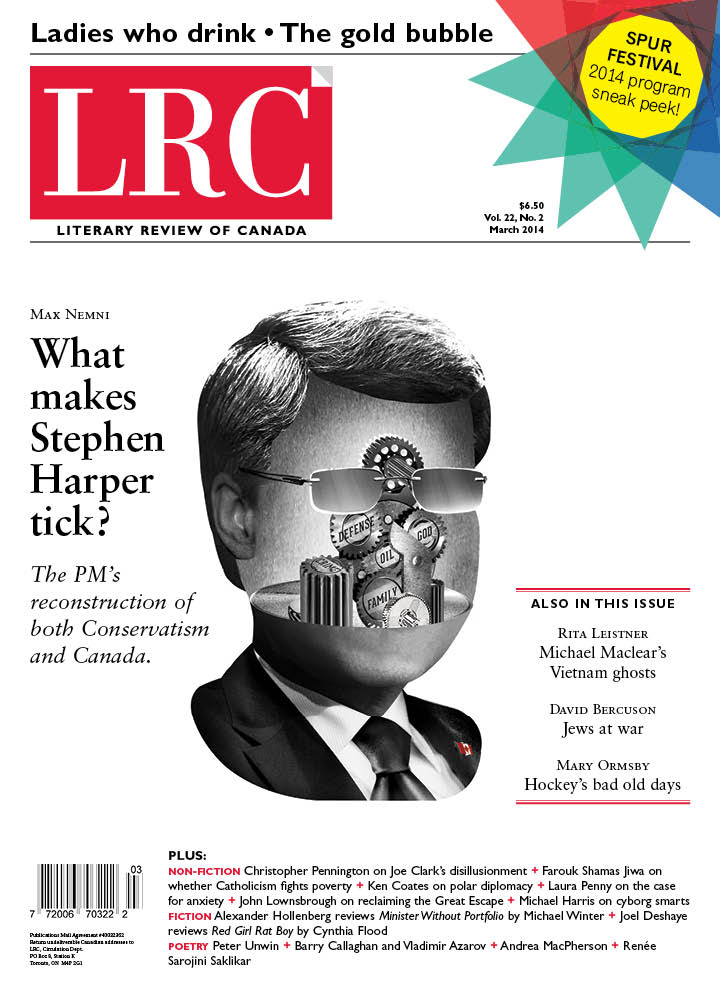 The arrival of the LRC today provided two staggeringly truthful articles in a row, right up front. The reviews “The Incrementalist” by Max Nemni and “Television Wars” by Rita Leistner were so astonishingly powerful and both provided such in-depth analysis that they, in themselves, were worth an entire year’s subscription!

Thank you so much.

Re: “How the NHL Grew Up,” by Mary Ormsby

Darcy Jenish’s claim that Alan Eagleson improved players’ salaries, pensions or negotiating position is risible. The escalation in salaries in the 1970s was entirely attributable to the advent of a competing league, the World Hockey Association. When the WHA folded, so did the National Hockey League Players’ Association. Eagleson was, in fact, a drag on salaries with his refusal to allow salary disclosure until the FBI was knocking on his door in the late 1980s. As for the claim that he did good things for hockey, it can safely be said that he ran a law practice with a little sports business on the side. Every enterprise was designed to enrich his legal operation. If players profited from his embezzlement and theft it was secondary to his initial purpose—to line his pockets. Jenish is like the soldiers of the Imperial Japanese Army who turn up 50 years later on some desert island, echoing a dead cause. The courts found Eagleson to be a cheat. The players discovered their trust in him was ruinous to their well being. Revisionist takes like Jenish’s sink beneath the weight of fact.

Re: “Has Catholicism Helped?,” by Farouk Shamas Jiwa

Thank you very much for reviewing my book Earthly Mission: The Catholic Church and World Development in your March issue. As the subject is very large, it lent itself to a number of approaches and clearly your reviewer would have taken a different one. My aim was to write a short and lively book rather than an exhaustive one, but I appreciated his insights and challenges all the same. However, there was one serious error in the review. Nowhere did I suggest that Catholics treat poor people differently if they are not Christians themselves. In fact, I argued quite the contrary: that Catholics and most other Christians generally separate charity and proselytism. The only exception I cited (a small US Evangelical group working in Africa) was intended to emphasize that point, and I quickly added that the same group was more magnanimous in its activities in Asia.