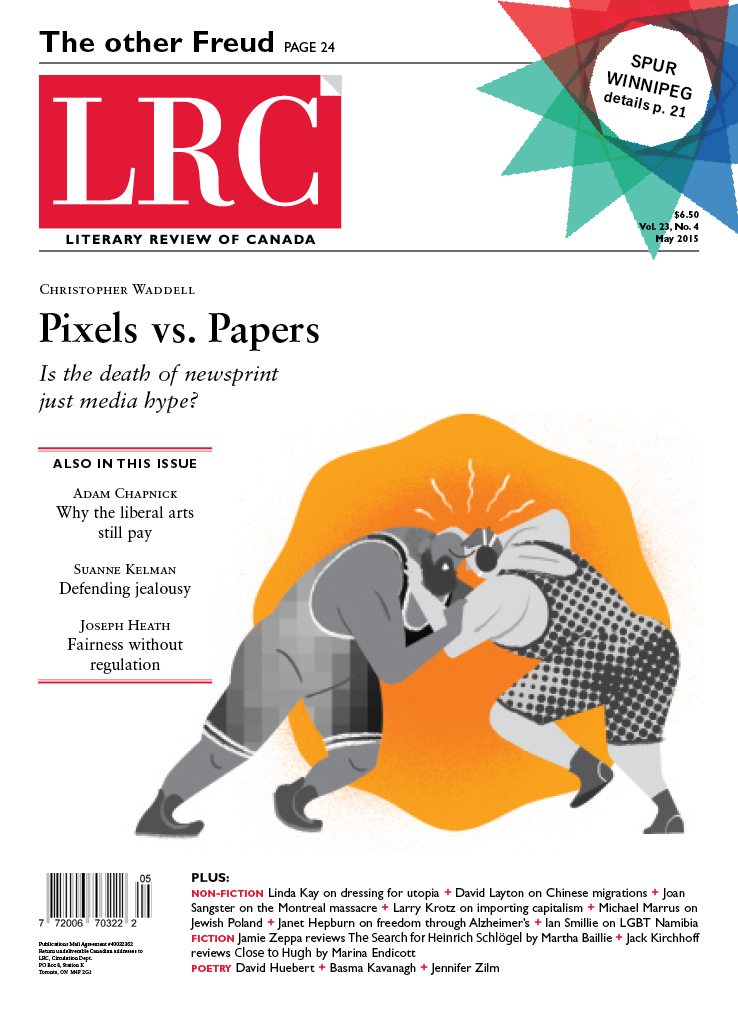 Re: “Arts Advantage,” by Adam Chapnick

Adam Chapnick’s fine article is so gently reasoned that one could almost miss the radical nature of his proposals. He rightly rejects the common view that employers do not value the liberal arts. Clear writing and speaking, careful listening and reading, gathering and applying information, using numbers, assessing complex situations, solving problems, learning on one’s own—all of these feature regularly on employers’ lists of desirable abilities of a new employee. They also routinely appear on the websites of (slightly defensive) deans trying to explain the benefits of studying the liberal arts.

The disconnect arises because so many students graduate without learning these skills. A typical university program is a smorgasbord of courses. Try gathering the 40 or so syllabi for those a student might take over four years. Where exactly is clear writing (to take one example) actually taught? Who is teaching it, and how? What happens to the student who does not learn to write clearly? The curriculum is more likely to focus on filling students with subject-matter expertise to give them a leg up in graduate school. This is fine for those who go but cannot be the principal goal of a mass system of higher education.

Ensuring that students actually learn the abilities associated with the liberal arts is not a small task. As Chapnick points out, it requires defining the desired learning outcomes, teaching them, assessing the student’s learning and, if necessary, holding students back until they achieve a minimum standard. For most programs and most faculty, this will be a radical transformation that involves a greater devotion to teaching, probably at the expense of some research. Government incentives may help, but they will not be a substitute for faculty who agree to make teaching their primary endeavour.

If universities rise to the task, will students do so, too? We should recognize that most are responding rationally to an uncertain labour market, high tuition and an incomprehensibly complex system of financial aid that leaves many in debt. In Ontario, for example, students pay for about one half of their education’s cost, compared with one sixth in the mid 1970s. It is little wonder that many have part-time jobs and have less time for study.

Chapnick is right to say that those in positions of authority must do better. If they do, I believe the students will do better, too.

Chapnick offers some worthwhile suggestions on how to improve liberal arts degrees, but unfortunately spends too much time shaming arts students for their perceived inadequacies.

He does momentarily turn his attention to the government’s potential role in reforming liberal arts degrees. He claims “provincial governments need to avoid portrayals of post-secondary education as an extension of high school and speak of it instead as a demanding, albeit worthwhile, long-term personal investment.”

Chapnick’s portrayal of a post-secondary education as solely, or primarily, benefitting the one receiving it is incorrect. Instead, society as a whole benefits from more educated members. Distributing more government funds to reduce tuition costs is therefore a worthwhile investment for society as a whole.

The current tuition rates in provinces such as Ontario act as a deterrent for working class students to apply to university. Moreover, if these students do end up applying, they will likely have to work at part-time jobs, leading to tremendous levels of stress that other, better-off students don’t have to face. This offers an advantage to wealthier students, resulting in success in post-secondary education having more to do with privilege than merit.

Chapnick brushes this off, as he smugly claims, “part-timers should assume a commitment of eight hours per week per course and set the pace of their education accordingly. Those who are neither ready for nor interested in such a commitment should delay their university education until they are.”

Making education accessible is far preferable to Chapnick’s rather elitist solutions. This is likely why so much of the world has pursued this option, in stark contrast to Canada. Higher education in much of Europe, and a range of other states including Brazil, is entirely subsidized, and society as a whole benefits.

Liberal arts degrees do need improvement, but above all else they need to be made more accessible. This should be the first step government and society take in future reform.

Davide Mastracci and I agree that post–secondary education should be accessible to all of those ready and willing to accept the challenges associated with higher learning. We also agree that all of society benefits when students learn. We seem to disagree, however, on how that learning takes place and on what constitutes evidence of success.

Mastracci is speaking from the heart. But when it comes to Canada’s future, we cannot afford to ignore the hard evidence. That evidence tells us that access to education, in the way that Mastracci defines it, does not automatically improve learning outcomes. And while faculties, administrators, parents and governments are all a part of the solution, students must be aware that they, too, will have to put in the effort; there is no way around it.

Many students already know that hard work matters, and the data suggest that their efforts are generally rewarded if not immediately, then over their lifetimes. But too many continue to think that if they just get a degree, everything will be okay. Unfortunately, in the 21st-century world, empty credentials are no longer enough, and if we are genuinely committed to helping the next generation navigate these difficult times, we must begin by telling them the truth.

Re: “Paper Pusher,” by Christopher Waddell

The past, as Professor Waddell observes, is an imperfect guide to the future. Understanding what happened in the past and why, however, is the best guide we have to what will happen in the future, because it aids in understanding the present and the processes that shaped it and will likely continue to shape the future. The economics of newspapers, which are incredibly arcane, must also be understood before their fate can be foreseen. Because of their unique “dual market” nature, they sell their product to consumers at a fraction of its cost to produce, which is subsidized by advertisers. With the enormous post-war bubble in advertising, newspapers came to rely disproportionately on advertising revenue, which by the recent financial crisis comprised 87 percent of their total revenues in the US and 77 percent in Canada. As newspapers rearrange their business model, readers are finding they now have to pay higher hard copy prices and increasingly also have to pay for online access.

Waddell argues that recent job cuts have led to an emaciated print product for which many do not care to pay more. A vicious circle caused by cuts, he argues, leads to defections by both readers and advertisers. This seems a chicken-egg argument, as it was the defection of readers and advertisers that first prompted cuts. Their demonstrated ability to downsize, however, is one of the things that will save newspapers. In the lingo of techies, they are scalable, or easily made larger or smaller. Luckily, as Waddell notes, newspapers seem to have finally caught on to what it is that readers want and cannot get elsewhere, which is local news coverage.

His other argument is that young people don’t read newspapers and have found other online sources of news, so the supply of newspaper readers will eventually dry up. Young people have never taken much interest in the news, however, at least not in the type of news that newspapers tend to cover. It is only when they grow up, get married, take out mortgages, and start families that they start to wonder about things like schools, taxes, politics, and the economy. Newspapers are still by far the largest newsgathering organizations in their communities. The widespread implementation of paywalls, which is the other thing that will save newspapers, means that if people want the news that newspapers provide (and they do), they will have to pay for it, one way or the other.

Re: “Trading Fair,” by Joseph Heath

In my book, Coffee, I argue that during bust times, “poverty and hunger intensify” in the coffee world, whereas “during boom times, coffee has a reputation for providing good incomes among farmers in Latin America, Africa, and Asia,” but Heath seems fixated on the exploitation side of my argument, ignoring the development side.

And yet, much of Coffee focuses precisely on projects that have promoted social welfare and economic efficiency. The book highlights Costa Rica, for example, where state taxation of the coffee sector was plowed back into social and economic infrastructure, resulting in one of the most advanced coffee industries in the world and a social welfare state comparable to those in much wealthier Northern countries.

Whereas Heath suggests that no basis for a preference for price supports is provided, an entire chapter is devoted to examining the International Coffee Agreement, which regulated global coffee prices until the 1990s. Under the agreement, from 1976 to 1989, the regular price of conventional coffee beans was close to or higher than what is now considered the fair trade price. But whereas fair trade reaches around 3 percent of the world’s coffee farmers today, the coffee agreement reached all 25 million coffee families.

Heath also suggests that Coffee has no time for technology or productivity, yet a full chapter is devoted to an examination of the Vietnamese coffee industry— highly chemical intensive and the most productive in the world— explicitly arguing that there are significant lessons to be learned from this case.

Overall, Heath laments that Coffee fails to make explicit the ways in which affluent Western consumers exploit coffee farmers. But this book is not primarily about consumers or the ethics of consumption. Most consumers, myself included, are more or less implicated in the exploitation of others by situation or by accident. Consumers have neither the power nor the genuine choice to save the world.