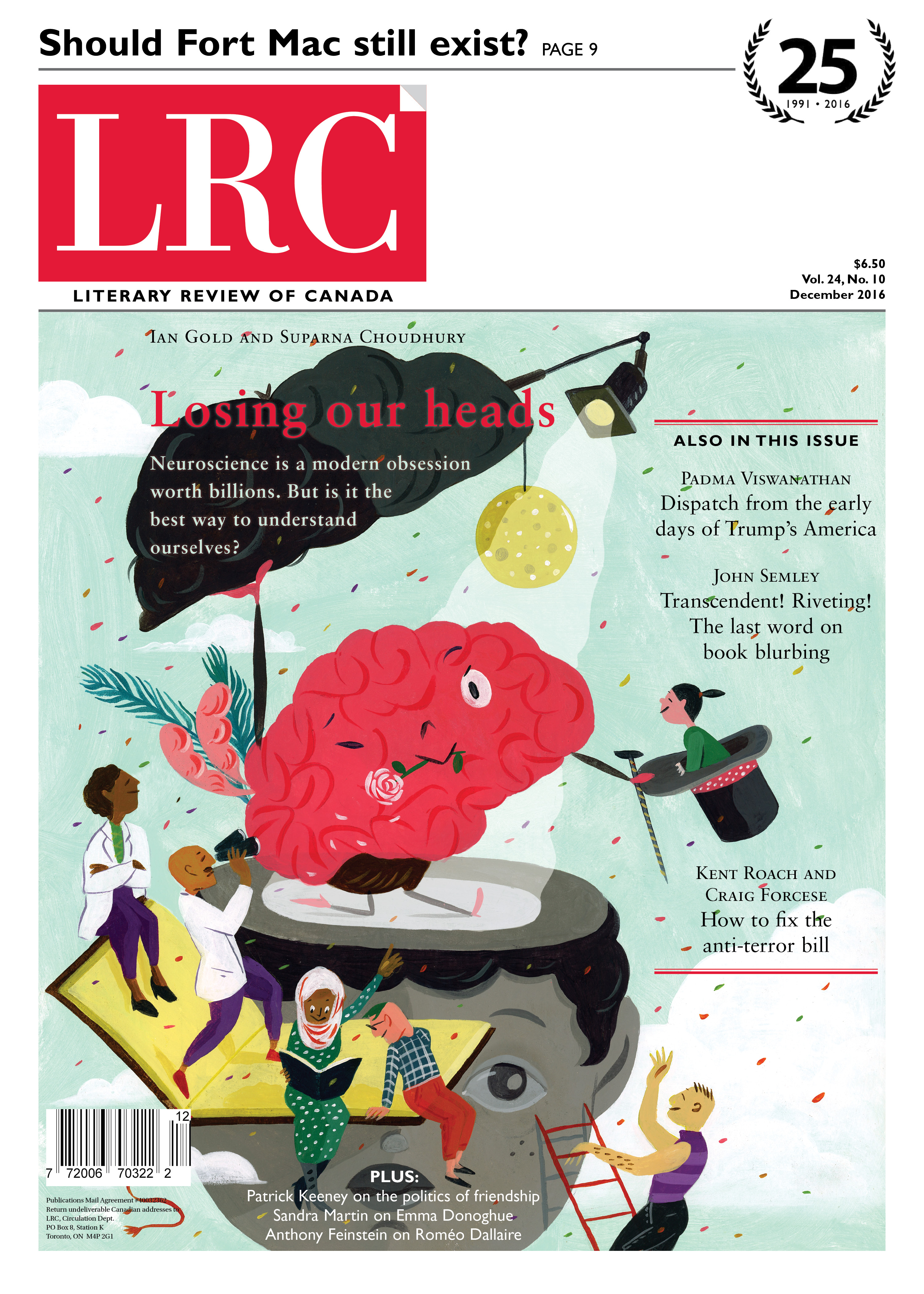 Re: “Bubble Weary in Trump's America,” by Padma Viswanathan

After graduating from the University of London, I visited Mountain Ash, my coal miners’ hometown in South Wales, before I immigrated to Canada. I recall trying to explain to my mother what a BSc degree is when she looked me in the eyes and said, “It’s well you mixing with those people in London, but remember: when you walk with kings, keep the common touch.” I was reminded of that life-reckoning moment reading Padma Viswanathan’s essay, “Bubble Weary.”

Much of Rudyard Kipling’s poetry inspired this son of a Welsh miner to “fill the unforgiving minute / with sixty seconds’ worth of distance run” in accomplishing life’s achievements. A desire to keep the common touch vividly depicts the burden of a British working class legacy. Viswanathan’s musings on the Trump phenomenon make me wonder if I have lost the common touch. On reflection, I think it lost me.

The trouble I am having with Viswanathan’s American white working class is that I see it more as a consumer class to be exploited by unbridled (unregulated) capitalism. Its members appear as victims of successful marketing by manufacturers of processed food, sugary beverages and beer. They are indoctrinated by commercial, competitive sports enterprises to create a hoopla and spend their earnings on overpriced, useless items and game tickets. They are easily seduced, by credit card companies and bank loan officers, into the worship of money. Also, they have a high propensity to succumb to tobacco marketing. Should I feel sorry for them for not being able to rationalize exploitative capitalism? Does one need to be educated to recognize that life is fun—with ­moderation?

Trump’s white working class supporters seem reluctant to accept that most manufacturing jobs are gone and are not coming back, certainly not with the same compensation. The union movement, which is supposed to protect working class values, has failed to define its role in our revolutionary, technological, global era. Perhaps this is where left-leaning liberals like me have failed in our support of the working class. My consideration of working for organized labour was nullified by ideological union leaders from my father’s generation who seemed uninterested in providing a strategy for a changing future. That an exploitative capitalist like Trump has succeeded where unions failed must make Keir Hardie, the first Labour member of Parliament in the United Kingdom, spin in his grave.

Re: “Dancing Around the Point,” by John Beckwith

I have no particular problem with the review, just as Beckwith is more puzzled by Haruki Murakami’s book than scornful of it. Fair enough: it’s a puzzling book, comprising transcripts of long conversations Murakami had with the eminent conductor Seiji Ozawa in 2010 and 2011.

Murakami kicks the book off by making elaborate protestations of limited expertise. Then he spends a little too much time making a show of insider knowledge. “I seem to recall that the movement is labeled ‘Feierlich und gemessen, ohne zu schleppen,’ which translates as ‘Solemnly and measured, without dragging,’” he says at one point about part of a Mahler symphony. He takes care to note that before confirming this hunch, poor Ozawa has to peek at the score. Trying to impress the subject is a common weakness of interviewers. Making sure everyone knows you’ve one-upped him is new to me, and I think probably worse.

Still, I’m struck by Beckwith’s distinction between “music” on one hand, and “how performers treat” music on the other. Of course, they’re not synonymous, but surely there is room in the former for the latter. And it makes sense that, when interviewing a conductor, performance style would be the main characteristic they’d discuss. For a talk about structure and harmony, we should await the book in which Murakami tries to one-up a composer.

About 20 years ago, Beckwith published a wonderful history of the music faculty at the University of Toronto. (In it we learn that when the faculty was launched in the early 20th century, every faculty member was a church organist or choirmaster, most in the Church of England.) Its title is Music at Toronto: A Personal Account. It makes few attempts to describe the structure of the music that was played there. Still worth a read, though.