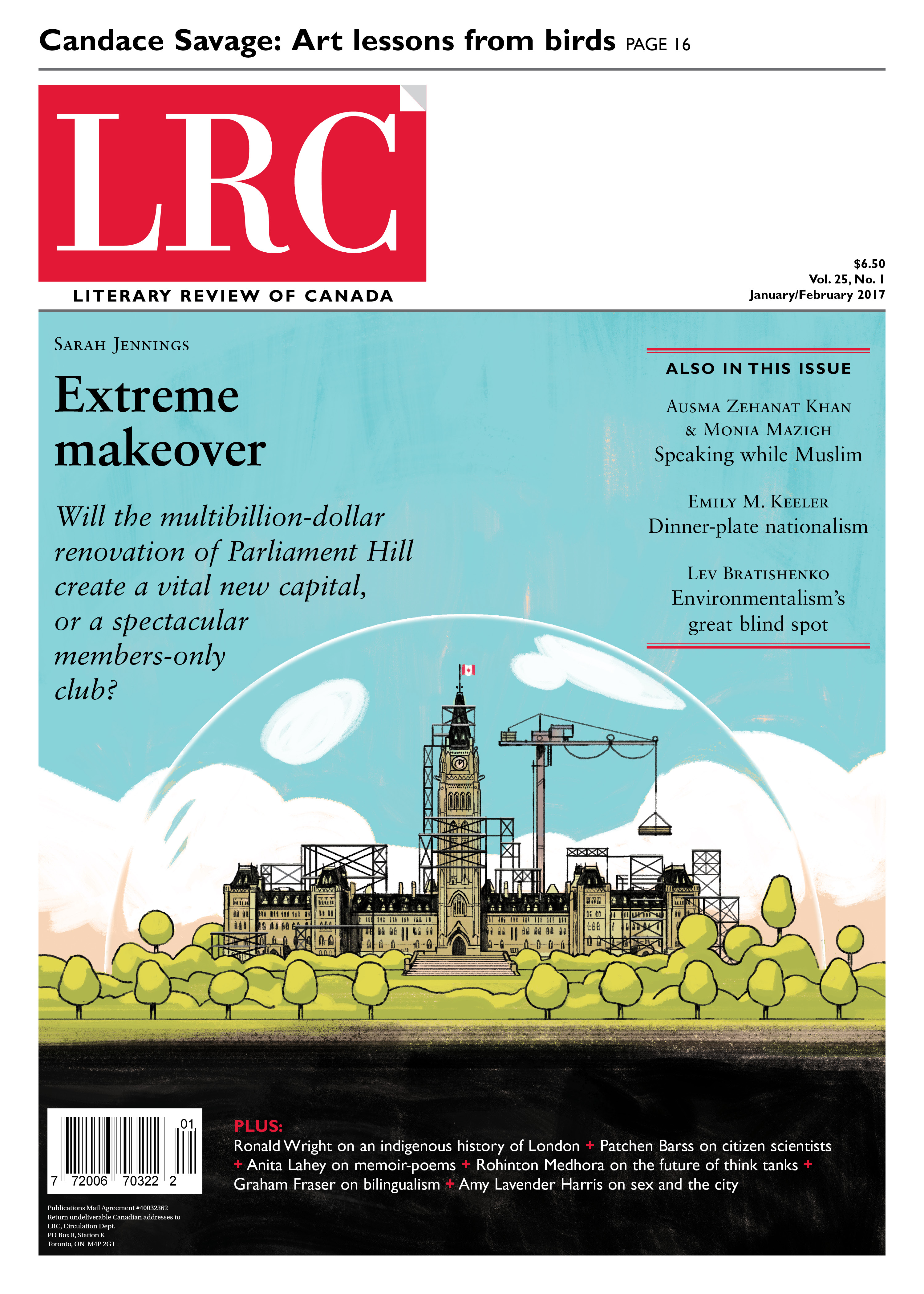 Re: “Going It Alone,” by Patchen Barss

Whenever we speak of Canadian citizen scientists, we should remember and celebrate Frederick Wilkerson Waugh (1872–1924), author of the classic article “Canadian Aboriginal Canoes,” published in The Canadian Field-Naturalist in May 1919, and also the Geological Survey of Canada, who noticed his work and employed him from 1911 until his mysterious disappearance. Our citizen scientists are hard at work; they can contribute much more if they are properly supported.

Re: “Wonk Friendly,” by Rohinton Medhora

I realize that my book Northern Lights: Exploring Canada’s Think Tank Landscape is unlikely to garner much praise from the institutions I study, or endear me to their directors or presidents. Predictably, some think tank leaders have taken issue with my book and are now trying to limit the damage.

Your reviewer, Rohinton Medhora, head of the Centre for International Governance Innovation in Waterloo, Ontario, tries, albeit unsuccessfully, to cast doubt on the many observations I make about the role think tanks play on the Canadian political landscape. Ironically, he has simply reinforced what I have said for years—that in the highly competitive marketplace of ideas, think tanks, as is their mission, will not hesitate to promote themselves and their products.

As such, Medhora cannot possibly endorse the conclusions I reach from “my perch” (his words) in the academy. Indeed, he takes issue with my claims that many of these organizations appear more invested in political advocacy than policy research, that think tanks are deluding themselves if they believe that their policy outputs (books, articles, newsletters, etc.) and the media exposure they generate translate seamlessly into policy influence, and that their close ties to various funders may compromise their institutional autonomy and credibility. But my goal is not to assuage think tank leaders.

Despite his caustic tone, Medhora struggles to contradict my assessment of Canadian think tanks. Still, he is unwilling to acknowledge that think tank directors often make unfounded and erroneous claims about how much influence their organizations wield. Instead, they would prefer to rely on largely arbitrary, unscientific and impressionistic global rankings of think tanks to convince themselves that their institutes matter.

Sarcastically referring to my book title, Medhora comments that my findings are “light”—perhaps this is because, as an insider, they are all too familiar to him. Yet he would be hard pressed to prove me wrong—had he more ammunition to launch against my study, he would have used it.