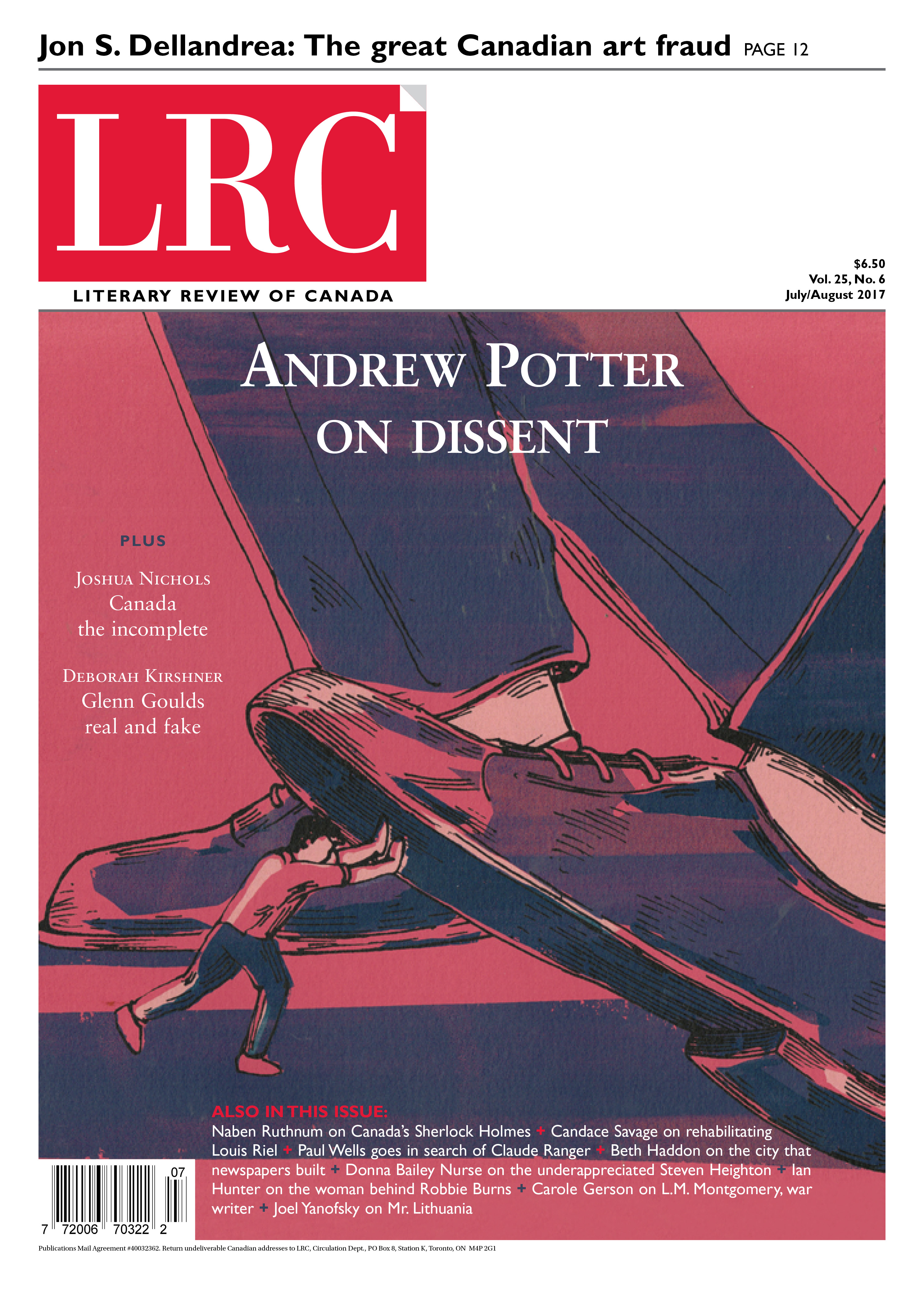 Re: “The New Dissent,” by Andrew Potter

To advance our understanding of dissent in these messy, challenging times, Andrew Potter grapples with recent difficult examples of dissent, cases avoided by William Kaplan in Why Dissent Matters: Because Some People See Things the Rest of Us Miss. Potter’s thoughtful and provocative examination gets us to a more nuanced, even if still incomplete, understanding. Another way to understand something is to look at what it is not. To that end, I would love to see Potter, Kaplan, and others examine dissent’s relationship to empathy. While many would view conformity as the opposite of dissent—Potter deftly analyzes the role of the critique of mass society in spurring on the fetishization of dissent—in this era of dynamic and diffused authority, might empathy also be viewed as dissent’s opposite, and used as a comparator?

In those cases where the extent of the illegitimacy of the authoritative consensus is unclear, can we more agreeably distinguish between purposeful dissent and contrarianism by asking whether empathy might have better advanced the interests of the cause? Or, even more provocatively, can so-called “dissent” in some circumstances be nothing more than a reflexive failure on the part of the dissenter to engage in empathy—to appreciate the perspectives and experiences of those who hold an opposing but not necessarily illegitimate view?

Empathy isn’t a replacement for dissent in all instances. But what Potter demonstrates is that not all acts of dissent are so obviously deserving of our praise and support, and may not even be dissent as we have come to understand it as a tool for social change. Without question, there is an important role for dissent, but if we were to look at the relative roles of dissent and empathy, might we find that acts of empathy—under the right circumstances—are as powerful and as worthy of celebration? Might we also reveal more things we sometimes miss?

Unafraid to not pick a side, Andrew Potter allows us to see the complexity of the jumbled mess we are in when we talk about the virtues of disagreeing with the supposed powers-that-be.

For me, the most important line was his historical assessment that “for going on 50 years now, rebellious nonconformity masquerading as dissent has been installed as the operating system of the West.” This fundamental fact of our recent history is not pointed out frequently enough. Since at least the 1960s, the cultural common sense has told us to “be yourself,” to “do your own thing” and not be told what to do by someone else—certainly not someone so retrograde as a representative of the state or a religion. There are left- and right-wing versions of this common sense, but the impulse is the same: beware the mainstream; be yourself.

What we now need to reckon with, and what Potter points to, is that there is almost no actual mainstream left to disagree with. Or rather, there are many “mainstreams,” but they are merely imagined by particular groups, and their reality depends on the confirmation bias of those who share a similar view of the world. When we’re all dissenters, it’s so useful for each of us to have our own mainstream against which we can define just how authentically unique we really are.

Re: “Unsettled,” by Joshua Nichols

For those of us consciously wandering through and wondering about Canada, Peter Russell’s Canada’s Odyssey: A Country Based on Incomplete Conquests stands like a kind of literary inukshuk; the kind I learned to seek out after I moved here at 18 to attend university, having no idea what Canada was or meant. Like so many other immigrants, I embarked on a haphazard journey to find that country. Mine was a romantic journey in many respects because there was so much in Canada to feel romantic about. After all, this was the country that had just taken in thousands of Vietnamese refugees.

Four decades later, I find myself in a country that does not know how to properly acknowledge, let alone celebrate, its own sublimely creative political achievement from 1867. Like many for whom Canada is an idea as much as physical fact, I’ve been dismayed at many levels by the backlash to the Canada 150 celebrations. My dismay is complicated because the backlash is understandable, necessary, and long overdue. But it remains troubling because its fundamental premise posits that Canada is illegitimate, if not immoral. I am still grappling with the irony that we have created one of the world’s most successful and inclusive democracies, but have failed so miserably with Indigenous peoples.

Professor Russell’s excellent book provides a useful reminder that we are, yet again, in the midst of a vast paradigm shift, one that we will likely muddle through (as we tend to do), eventually letting go of assumptions and ways of seeing that no longer serve us.