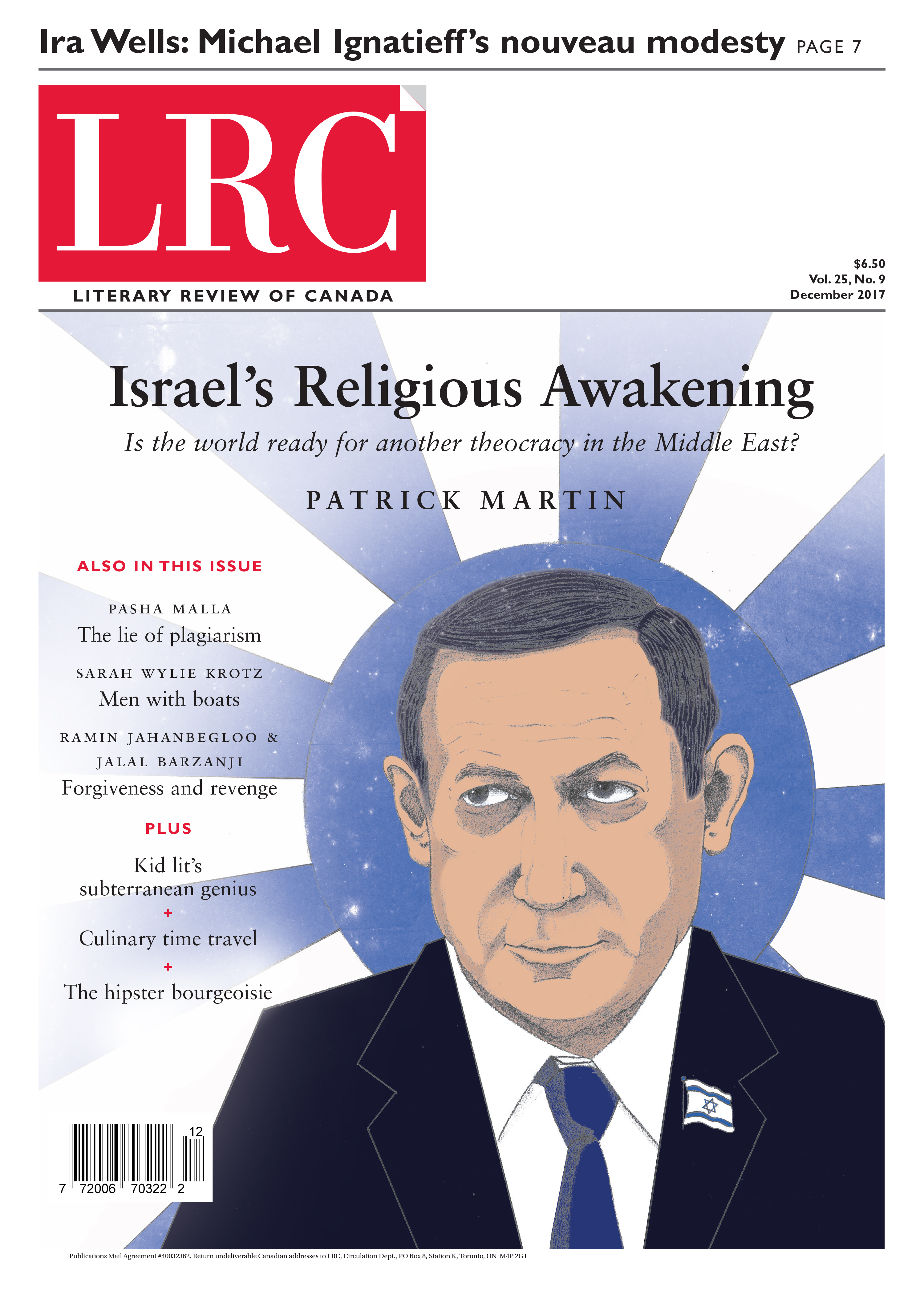 I was surprised to see Israeli Prime Minister Benjamin Netanyahu on the cover page beneath the words, “Is the world ready for another theocracy in the Middle East?” Bibi, as he is known in Israel, is an irreligious Jew. I was also surprised and disappointed that the essay failed both to speak to the headline and to understand what being Jewish means.

An essay suggesting a “religious awakening” should demonstrate that a growing number of secular individuals are embracing religion. Patrick Martin’s article does no such thing. A headline asking about the world’s readiness for a re-envisioned state would presumably also take non-Israeli views into account, which this article does not. A headline pointing toward the potential for theocracy should have an understanding of what that term means. In pointing to the leadership of Bibi, Avigdor Lieberman, and Ayelet Shaked—all of whom are staunchly irreligious Jews—Martin indicates a failure to distinguish between Judaism as solely a religion (similar to Protestantism, but without the New Testament) and Judaism as a peoplehood complete with a culture, language, homeland, history, and a religion of various denominations (which is actually how scholars and most Jews see and experience Judaism). Martin also misses the mark on Israeli society. No one who has ever attended a Pride parade in Tel Aviv or watched bikini-clad women surf on the Mediterranean could possibly claim, following Martin, that Israel is “beginning to sound a little like an Islamic republic.”

Martin also makes other specious statements, such as his wild contention that “the Jewish majority no longer believes the land that lies between the Mediterranean and the Jordan River can support both the Israeli and Palestinian people,” which is not substantiated by his preceding discussion.

Israel certainly must balance individual and collective rights. It must insist on the rule of law and respect the rights of its citizens, be they universal rights or those already granted by the state. As Martin fails to note, Israel, as the world’s only Jewish state, has a moral obligation to play its part in strengthening Jewish peoplehood through the promotion of Jewish culture, language, holidays, and so on, much like Canada has a special obligation to teach our own history and to celebrate our achievements—even as Canadians, like Israelis, must cast a critical eye on past and ongoing failures.

Unfortunately, such criticism can only begin with an accurate portrayal of a country. Martin flops in this quest.

Rabbi Adam Cutler is a learned man, but how he can equate a profound shift in Israeli law to the way Canadians mark their holidays and teach their history is beyond me. Even Israeli Justice Minister Ayelet Shaked describes the changes the Israeli government proposes in suppressing individual rights for the sake of national (i.e., Jewish) identity as nothing less than “a moral and political revolution.”

And did the good rabbi really hope to impress LRC readers with his Sunday school analogy of Judaism as “similar to Protestantism, but without the New Testament?”

He ridicules my assertion that Israel “is beginning to sound a little like an Islamic republic” by pointing to Tel Aviv’s iconic gay scene and bikini-clad sunbathers. These, according to him, make such a statement impossible. The truth is that the number of Israeli Jews who would prefer to see their country as a theocracy rather than a democracy is growing significantly, and so is their influence—no number of bikinis on the beach can stop that.

According to the 2016 study by the Pew Research Center, 86 percent of Israel’s Haredi (or ultra-Orthodox) population want Halacha (Jewish law) to be the law of the land. With that segment of the population growing, with an average of eight children per family, it will represent nearly half the Jewish population of Israel within 30 years.

Rabbi Cutler made much of how the secular Prime Minister Benjamin Netanyahu featured so prominently in an article about the rise of theocratic tendencies in Israel. While no one would call Mr. Netanyahu a religious man, he is politically devious, for example, in the way he has handled diaspora Jews and their hopes to pray freely at Judaism’s holiest site when they visit Israel.

Though Mr. Netanyahu had promised U.S. Jews he would find a way to accommodate their desire to pray as mixed couples and families at Jerusalem’s Western Wall, he ultimately sided with the Haredi governors of the wall, who insist on complete separation of sexes and a muted role for women. In light of such developments, the similarity to an Islamic republic doesn’t sound so far-fetched.