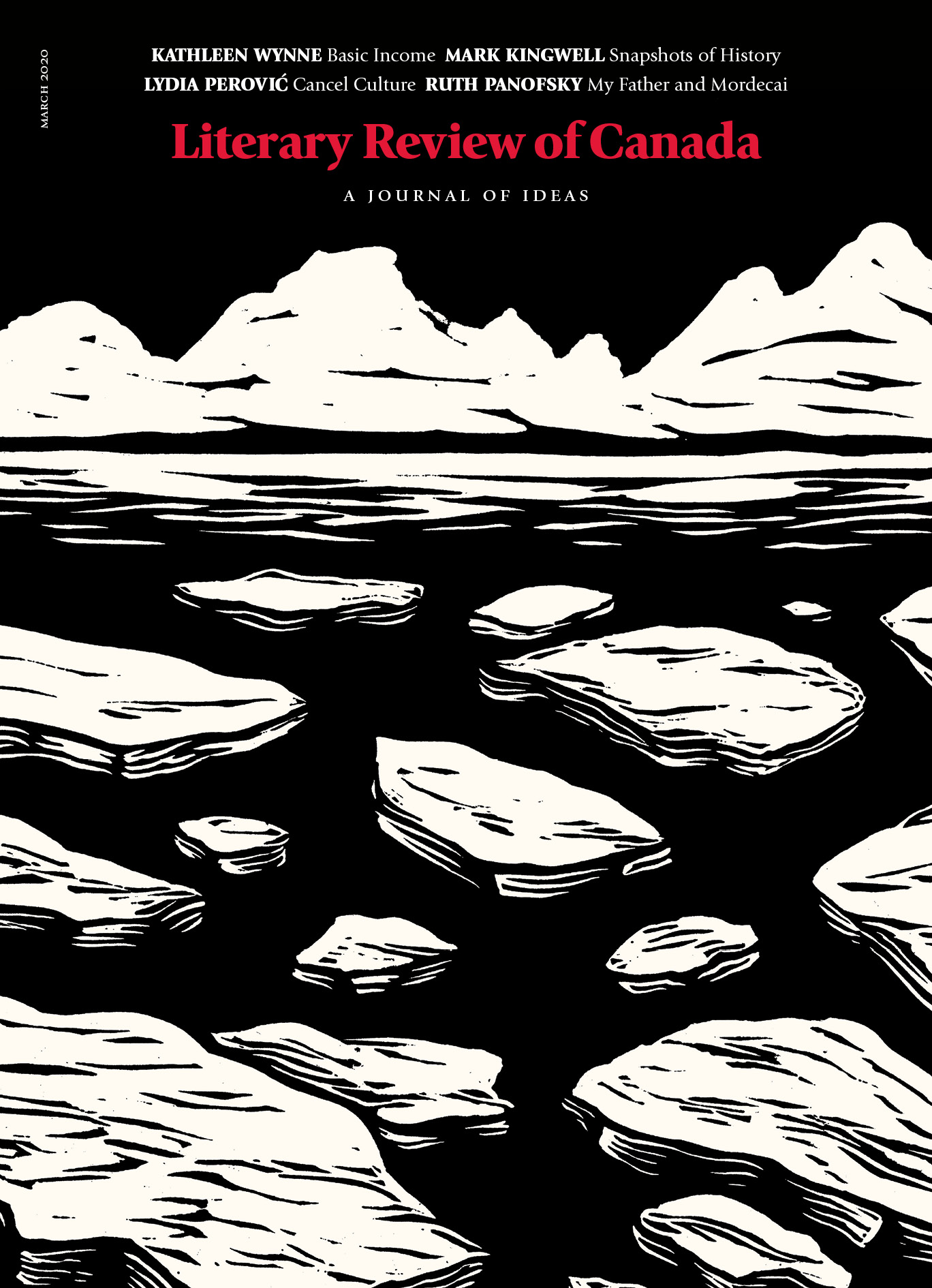 Collective nouns can be delicious. Just ­consider these fine examples: a “sentence” of judges, a “scurry” of squirrels, a “superfluity” of nuns, a “pride” of lions, a “shiver” of sharks, a “murder” of crows (my personal favourite).

I’m embarking on a collection of new “­pluralia” — plurals for categories that (inexplicably) don’t yet have them. People. Professions. Animals. Inanimate things. Phenomena. Why not have a “harrumph” of lords, an “eye roll” of adolescents, a “slurp” of Labrador retrievers, or a “rash” of dermatologists?

The Literary Review of Canada has agreed to pass along your ideas for humorous, imaginative, or purely pragmatic collective nouns. If we get enough, we might be able to publish a fun column — or even get some into the dictionary!

I was amused by Allan Peterkin’s recent ­letter, where he offered a number of actual and potential collective nouns. He also asked for contributions, so here is one.

Years ago, when I was a deputy minister in the government of Ontario, senior officials would frequently start their day with a breakfast meeting, often at the old Sutton Place Hotel. At one of those early morning sessions, someone came up with a collective noun to describe our ranks: a breakfast of deputies.

What fun it was to make up some words. Here are some of my ideas:

Thank you for the enjoyable hours I spent thinking these up. Good luck with the dictionary.

Re: “For the Record,” by Kyle Wyatt

“Mighty Moe is a compelling, uncomfortable, and timely reminder of how far we’ve come — and how far we haven’t — in achieving gender equality in sport.”

Thanks for the kind words! From a gosh-darn, real-life literary magazine!

Re: “Cut It Out,” by Lydia Perovic

Thank you so much for Lydia Perovic’s article in the March 2020 issue. It takes enormous courage to speak out about this topic. Perovic is not the first person to compare silencing in an authoritarian regime to silencing by the paralyzing, politically correct dogma of the woke left. People say that the woke left lacks firing squads, and that they have not yet convinced the government to officially censor art. So what, they say, is the problem?

We must actually “awaken” to the threat that comes from not fully understanding the power of a new technology. The woke left employs cyberviolence. People’s lives are destroyed online daily. It is more insidious, but no less terrifying, than actual physical violence. Paradoxically, the woke left insists that some speech is violence, and that some who speak out need to be cancelled or shamed. But, in fact, their online gangs and chat rooms are scarier than anything the far right can come up with.

I’m still a lefty. I just wish we could sit in rooms together, in person, and have civil chats — even when we disagree. Until such civility is again possible, the marketplace of ideas will be sadly, frighteningly toxic. You will be cursed for publishing this article; but don’t listen to the mob. What you have said must be said. Poetry must be free.

Cancel culture is running amok! First the sold-out Morrissey concert tour, then the cancellation of the $1-billion-grossing, Oscar-winning Joker — both things I have never heard of, due to their cancellations.

Thank you very much for having the courage to publish this superbly thoughtful, reasoned article about the madness of the politically correct, woke left. May we wake up to the fact that while we on the left are busy attacking each other, the right is busy taking over the world. With many thanks to Lydia Perovic and to you.

A note of appreciation, from one writer to another, for Lydia Perovic’s thoughtful, eloquent, and brave essay. I welcomed it especially because, lately, whenever I consider working on a piece, about anything at all, I feel crushed by the puritanical cancel culture that envelops us.

I cannot imagine the response you’re dealing with after its publication, and so I decided to drop you, writer and editor, a supportive note of thanks. My own simple sharing of this piece on Facebook resulted in a barrage of vehement criticism from the intersectionality warriors, including personal attacks directed toward me.

Bravery should not be required in Canada to write such a piece, but in fact it is, and so thank you. Kudos, and bon courage.

It’s actually probably a good thing that the Literary Review of Canada is publishing essays that quote and defend white supremacists and anti-trans activists. Just be bold about it so we know your publication has gone to shit because older, white elite writers can’t handle criticism.

We need to stand up to the emotional blackmail and bullying tactics used to silence debate.

The Literary Review of Canada normalizing and promoting the Post Millennial as a viable news source is a snowball at the top of a very dangerous hill.

Yeah, seeing them reference the PM as if it is in any way reputable was all the red flag I needed to discount this piece, on top of its already absurd premise and inability to understand that criticism isn’t silencing.

Because of my concern about freedom of speech, and the flak I’ve recently been receiving about the speaker at a luncheon I’m organizing, I read this article and thought I had to share.

Thank you, Susan Swan and Margaret Atwood, for tweeting this out. As a lover of literature and advocate for CanLit in my professional life, I applaud you for standing up in this way. #FreeSpeech and open debate are the cornerstones of democracy. It’s time.

Re: “Character Study,” by Ruth Panofsky

Often I have heard individuals claim to have been the real-life model for this or that literary character, and, almost categorically, I am skeptical. (It’s a well kept secret, but I was the fella who inspired Jason Bourne.) Not so in Ruth Panofsky’s beautifully written and evocative memoir of her late father, Marvin Panofsky, and his Baron Byng pal “Mordy,” who was mine.

I am convinced. And moved. I never met Marvin, nor have I met Ruth, though perhaps one day I shall. Certainly we’ll have lots to discuss. I feel, now, as if I have discovered a cousin I knew nothing about. I thank the Literary Review of Canada for this piece.

Re: “Tales to Be Retold,” by Linden MacIntyre

I was dazzled and saddened by the story behind Linden MacIntyre’s book The Wake — to read about Newfoundland’s tragic history with miners’ disease and his personal connection to it. But I was encouraged by his call to arms, ­especially in these difficult times: some stories “need to be retold, because they are reminders of our natural resilience, a capacity for resistance, and the possibility of survival in the worst of circumstances — gifts that must never be forgotten.” And here, he is even more prescient: ”as history continues to deliver tragedies that always seem to take us by surprise.”