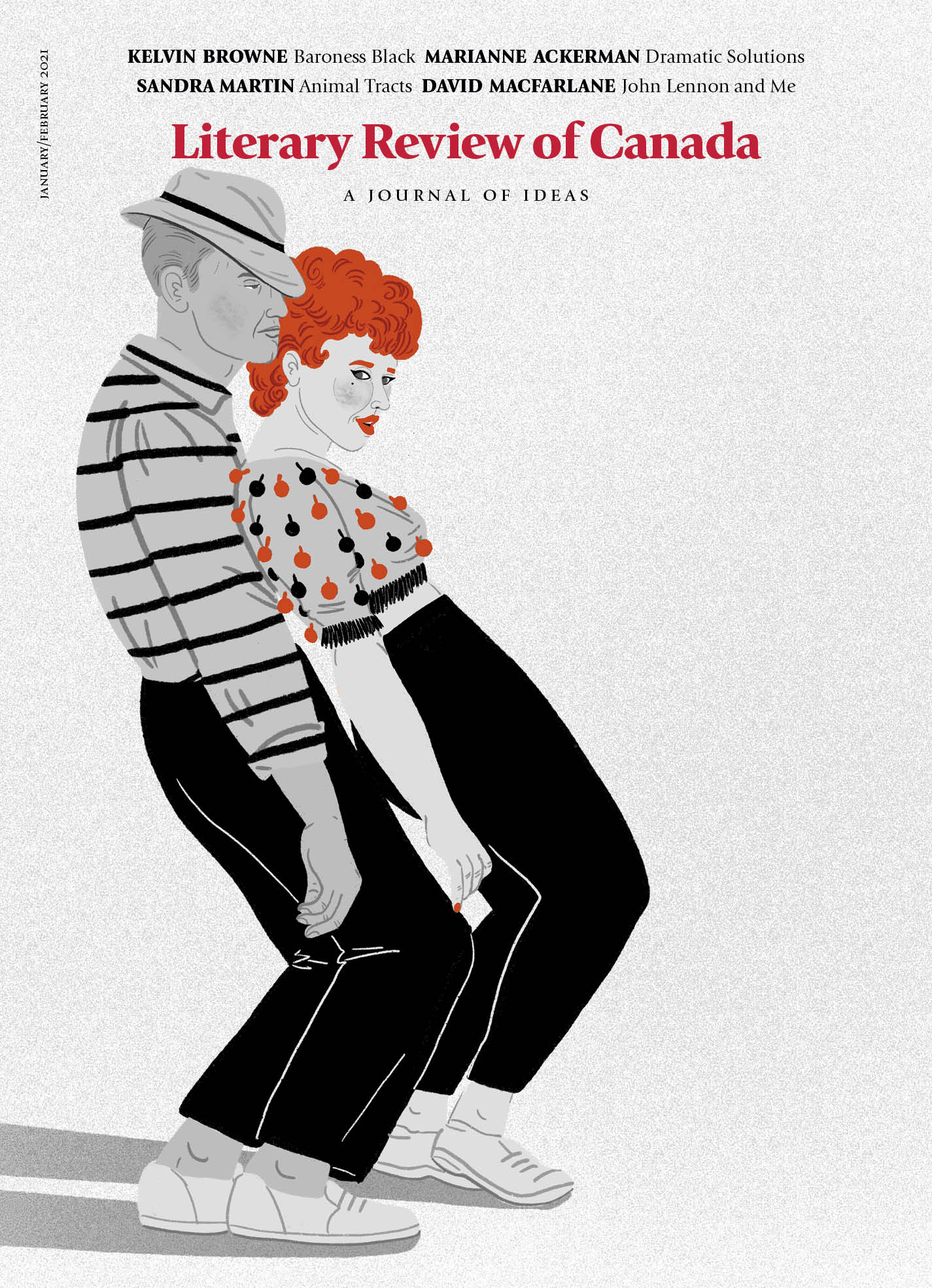 While I enjoyed the January/February 2021 edition of the magazine immensely, especially David Macfarlane’s review of Greg Marquis’s John Lennon, Yoko Ono and the Year Canada Was Cool (“The Magical History Tour”), the opening editorial was a most welcome tonic.

I live on an island that has a number of folks who are not in favour of wearing masks and social distancing, and who question the efficacy of vaccines. One is my former GP. A very public activist and conspiracy theorist, he would likely be one of the last people to “celebrate the ingenuity that will, eventually, bring this viral nightmare to an end.” Conversely, I suspect he would fully agree that “the fires, the floods, the hurricanes, the tornadoes, the heat waves are more biblical with each passing season.”

How odd it is for someone to be reasonable and concerned about the environment yet obsessed with an outlier’s public health position.

Every voice that moves us forward on both the vaccination and climate change fronts is needed these days, so thanks for the shot in the arm.

Re: “The Colossus,” by J. L. Granatstein

As I read J. L. Granatstein’s review of The Unexpected Louis St-Laurent, I felt great sympathy for the former prime minister, who travelled the world on that “slow and noisy RCAF aircraft.” I presume it was the military version of the North Star, which I flew from Dorval to Scotland in summer 1957. I found myself sitting next to a lady who, after a few pleasantries, asked me what I thought of the plane. I told her that I thought it ugly, noisy, and uncomfortable. “I christened it!” she replied, before introducing herself as Mrs. C. D. Howe. Things were a little cool for the rest of the twelve-hour flight!