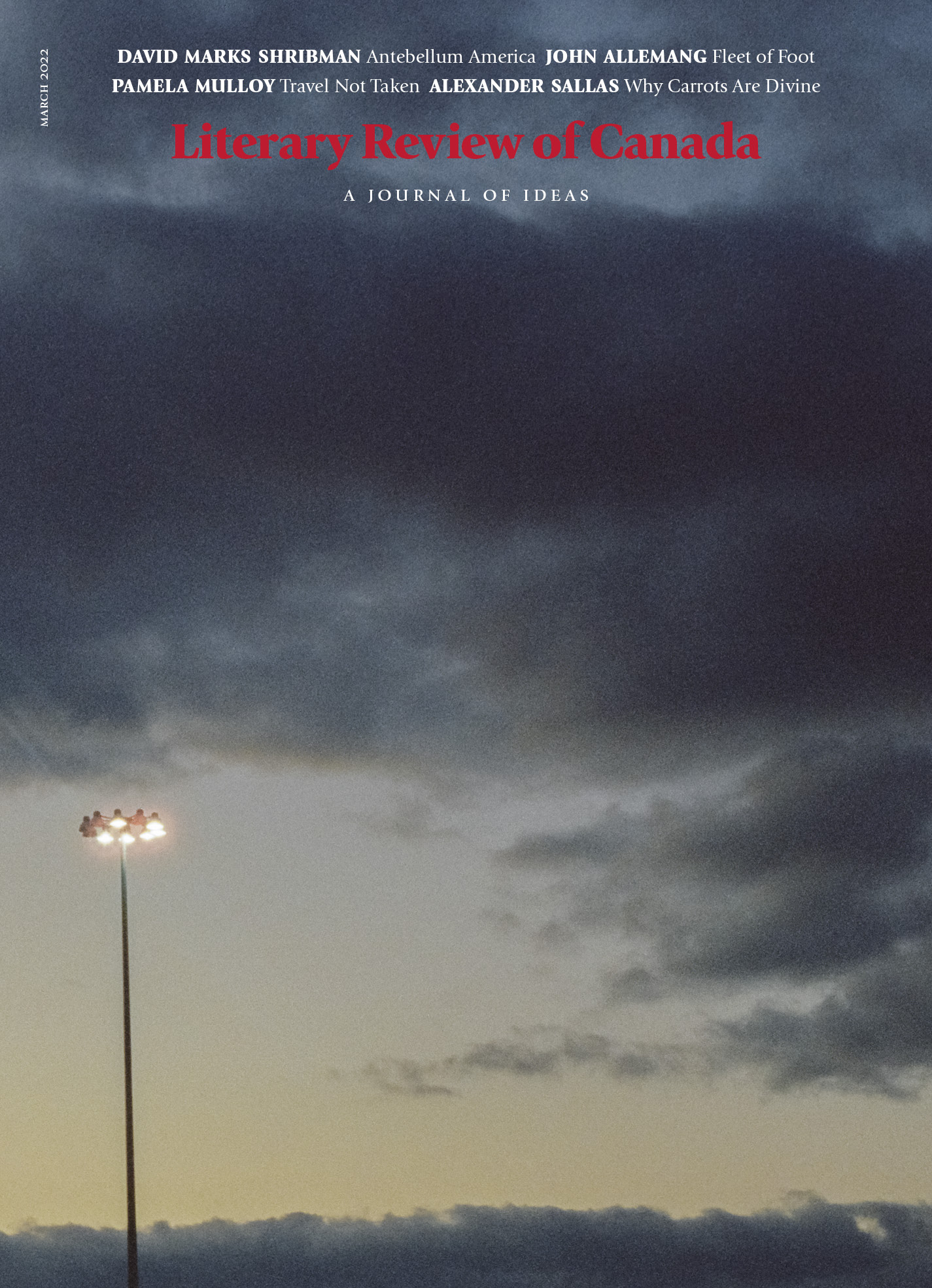 Re: “Sense of an Ending,” by David Marks Shribman

Stephen Marche’s The Next Civil War was a fine — and frightening — read, but the author’s recommendation that the Americans simply change their constitution has about as much chance of happening as Donald Trump admitting to a mistake or two. What is needed is the type of widespread cultural change that accrues from forums for citizen deliberations.

Graeme Young recommended just such a thing with “This Dear Green Place,” in the January/February 2022 issue of the Literary Review of Canada, and if you reach way back in the archives, to the March 1996 issue of the magazine, you’ll find Paris Arnopoulos’s review of Changing Maps: Governing in a World of Rapid Change. That superlative book explains the linkage quite effectively, though it uses the phrase “public judgement” instead of “deliberative democracy.”

Re: “In a Landlocked Region,” by Roger Garside

Great to see this in-depth review of my two new books, Terror Capitalism and In the Camps, out from the Literary Review of Canada. I really appreciate the way the reviewer thinks about storytelling as a way of narrating broader social systems.

Re: “Take Out Your Map and Look,” by Rohinton Medhora

We are being showered by maps displaying Russian troop movements and areas of control. While useful, maps come with a health warning. They have always been instruments of power, and they will play a role in shaping the end of war and terms of peace.

Re: “In the Imperial City,” by André Forget

André Forget’s review of Chemical Valley sees what I was trying to stage: the deep, confused tangle of social and environmental justice, and the macabre thematic of the petrochemical revenant. Wildly grateful for this one.