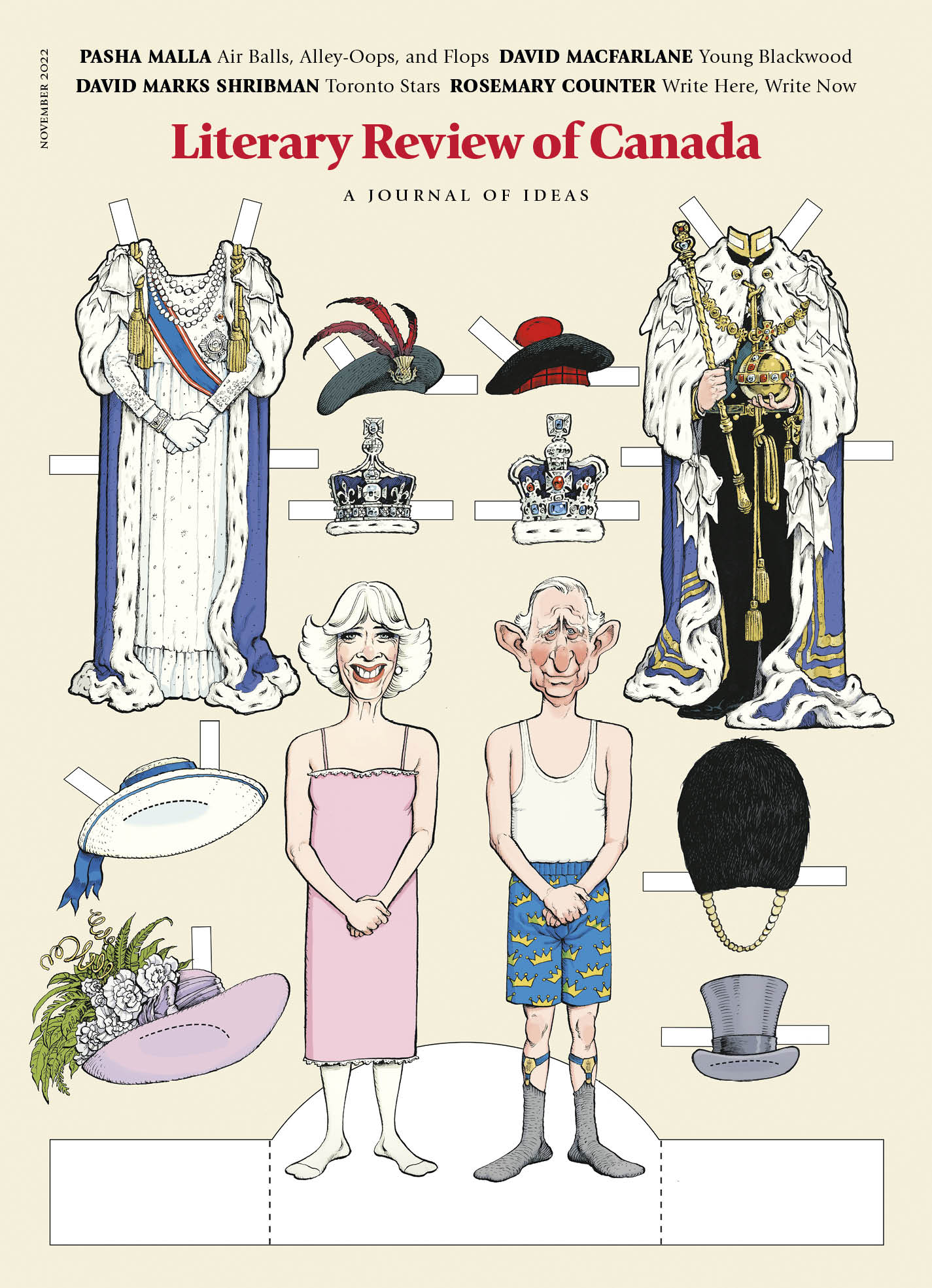 Re: “Of Fish and Foundry,” by Rod Mickleburgh

I happened to read Rod Mickleburgh’s enticing review of two histories of the labour movement — Ron Verzuh’s Smelter Wars and Earle McCurdy’s A Match to a Blasty Bough — on a day when coverage of labour issues was anything but disappearing.

When the Ontario government invoked the draconian notwithstanding clause in early November to strong-arm low-paid school ­workers, an extraordinarily united labour movement fought back. (Even Liz Truss would have been surprised by how quickly Queen’s Park capitulated!) This was a win for the school workers but also for every Canadian who has been or might yet be the victim of a drive-by deprivation of their Charter rights, such as has become almost common­place in François Legault’s Quebec.

It is timely indeed to pick up one of these two volumes under review and to consider in what ways our present has come to resemble a darker past, as well as the role the labour movement may yet play in salvaging our future.

Re: “An Old Refrain,” by Dylan Reid

I was fascinated by the aesthetic legacy behind John McCrae’s “In Flanders Fields,” but I was disappointed to see the misrepresentation of the famous poem’s meaning, dating from when it was first published in Punch magazine on December 8, 1915, reproduced once again.

There is strong evidence that McCrae’s last stanza is not, as Dylan Reid writes, a patriotic call for “renewed war effort,” representing a “­jarring” shift in tone “from elegy to exhortation.” The poem is an elegy to the end.

Richard Doyle, then editor of the Globe and Mail, set the record straight in a short piece he published on November 9, 1984. He cited a comment McCrae made to a Canadian chaplain with him at the front, that the “foe” he meant in that critical line —“take up our quarrel with the foe”— was not some combat enemy but war itself and militarism. This was the idea behind the phrase “the war to end all wars,” coined at the outset of the First World War to ­encourage enlisting soldiers. “The torch was the will to ­realize this ideal,” Doyle explained.

Once again, this past November 11, I revisited McCrae’s creation as an anti-war poem. I felt an ache in my chest as I reflected on the concluding lines: “If ye break faith with us who die, we shall not sleep.” We have not kept faith.

Re: “His Response,” by Keith Garebian

I really enjoyed Keith Garebian’s review of George Elliott Clarke’s J’Accuse . . . ! I had heard about the accusations surrounding Clarke, but then the media moved on to a fresh controversy. I was unaware of how they impacted him in the long run. Garebian’s deft handling of a ­difficult topic is to be praised and is deserving of perhaps the best compliment a reader can give: it made me want to read Clarke’s book.

Re: “What Big Teeth You Have,” by Alexander Sallas

Thanks for this thoughtful (and beautifully written) appraisal of my book Villain, Vermin, Icon, Kin. And thanks for the reminder to be a bit more grounded in the practicalities of environmental justice. It’s a really important critique.

I am a long-time subscriber to the Literary Review of Canada, and this is just one great example of the well-written articles you will find in this wonderful publication. Michael Strizic’s review of Michael Barclay’s Hearts on Fire speaks to those of us who are not only proud to be Canadian but really proud of the Canadians who represent us so well by sharing their musical gifts with us and the rest of the world. I look forward to reading this book to learn about their journey to success.

Very grateful for the many kind pieces about Hearts on Fire, but I didn’t expect a lengthy rave in the Literary Review of Canada! Thanks for ­taking weirdo Canadian music seriously and for reading so closely.

Re: “Stories of a People,” by Aaron Kreuter

I would be sorry to see such a one-sided account pass without comment. First, describing non-Palestinians as “white” implies that Palestinians are non-white, while Jews are white. This recalls Whoopi Goldberg’s unfortunate remark that the Nazi plan to exterminate the Jews was not racism but merely “white on white” aggression. It ignores the fact that Jews whose families have lived in the Middle East for millennia, and who were also targets of the Nazis, are manifestly no whiter than the Palestinians.

“Settler colonialism” is another unfortunate term. Jews have lived continuously in what is now Israel for millennia: they outlived colonization by empire after empire, from the Romans and the Mongols to the Ottomans and, ultimately, the British. The establishment of the ­modern State of Israel was supported by the Soviet Union precisely because it was a model of how to overthrow the shackles of empire and was therefore ripe for Soviet assistance and takeover.

The intended impression left by this review is that there would be no Palestinian suffering if it weren’t for the Jews. There’s no mention of decades of deliberate neglect, betrayal, and rigged elections, nor of actual attacks and massacres on Palestinians, by their Arab brothers; or the cynical invention of an eternal refugee status, something that exists nowhere else in the world.

It is possible to support Palestinians without vilifying Jews. Any of these organizations will be pleased to hear from Aaron Kreuter: New Israel Fund, Peace Now, Tag Meir, Physicians for Human Rights Israel, and Breaking the Silence.

I am not sure if the “one-sided account” that distresses Charles Heller is Saeed Teebi’s remarkable short story collection or my review of it. If it is Teebi’s work, the irony of responding to one of the first books in Canada that narrate the Palestinian experience as “one-sided” is something that the narrator of a Teebi story would surely relish. If his ire is directed toward me — a Jewish scholar, creative writer, and ­activist — I can say with some certainty that Teebi’s book is in fact a much-needed and entirely fair response to the one-sidedness of the literary representation of Israel and Palestine in this ­country. If he wants my thoughts on Jewish literature, he is free to read any number of articles I’ve written or my forthcoming book, Leaving Other People Alone: Diaspora, Zionism, and Palestine in Contemporary Jewish Fiction.

Let me respond to the few points in Heller’s letter that actually refer to Her First Palestinian, though. One, the comment about “whiteness” does not make much sense to me: in my review, I describe one character, Nadia, as white, which she clearly is. How Heller infers from this that I’m therefore implying “Palestinians are non-white, while Jews are white” is beyond me. Two, Heller claims that I don’t mention Arab-on-Arab crime, which is both ridiculous and untrue: the story “Do Not Write about the King,” to which I devote two paragraphs, is about the violence done to the main characters by an unnamed Arab state. As to the suggestion that I vilify Jews: Can he point to one spot in the review where I do that? The Israeli government and Israeli army are state actors, not a people; claiming they represent the Jewish people, if that is what he is saying, is a dangerous slope indeed.

Finally, the groups that Heller suggests would be “pleased to hear” from me are almost entirely Israel-based and run by Jewish people. This was a review of a book about Palestine. Does Heller not know a single group led by Palestinians working for peace and justice? Also, one of those groups, Breaking the Silence — which collects testimonies from ex-soldiers about the crimes they commit — calls the situation in Israel and Palestine “apartheid.” Based on his letter, I ­suspect Heller would not approve.