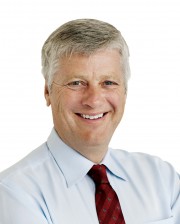 Harvey Locke served as president of the Liberal Party of Alberta and national president of the Canadian Parks and Wilderness Society. He was the Liberal candidate in the federal by-election for Calgary Centre in November 2012. He now lives in Banff, where he works on the Yellowstone to Yukon Conservation Initiative and the global Nature Needs Half movement.