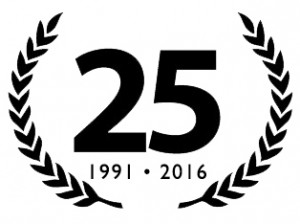 Our story began in 1991, when author and academic Patrice Dutil founded the LRC magazine to be a place of serious discussion about books, politics, and the important ideas of our time. Since then, we’ve been committed to presenting reviews and essays from some of Canada’s most prolific writers.

In 2016, the LRC turns 25. To mark the occasion, we are asking you, our devoted readers and supporters, to contribute names of the most influential Canadian books published since 1991 that have had a lasting—or at least seminal—influence on the development of Canadian thought, politics, or culture in the broadest sense. Whether a book on history or public policy, a memoir or novel, we are compiling a list of the 25 most influential Canadian books published in the last quarter-century, to be presented in a special anniversary issue next year.

Submissions will be considered until March 31. Titles must have been published after January 1991 to be considered. You can vote by tweeting at @LRCmag using the hashtag #LRC25years or posting on our Facebook page. We are also accepting titles by email directly at editor@reviewcanada.ca. If your suggestion is selected to be among our final list, you will receive a 25% discount off a one-year print/digital subscription to the LRC.

Read below the recommendations of some of our past contributors and other prominent Canadians on the books they feel should be included in the final list. Check back frequently as these will be updated with two new titles every week. 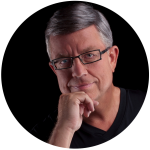 “We invite you to take part in this special milestone with us because the LRC has always been more a community than just a magazine. And it has been our readers who have carried us through these past 25 years.”

Treaty No. 9: Making the Agreement to Share the Land in Far Northern Ontario in 1905 | John Long

I Shall Not Hate: A Gaza Doctor’s Journey | Dr. Izzeldine Abuelaish

Redress: Inside the Japanese Canadian Call for Justice | Roy Miki

Recommended by: Bronwyn Drainie, former Globe and Mail columnist, CBC Radio host, and editor at the Literary Review of Canada

Governing From the Centre: The Concentration of Power in Canadian Politics | Donald Savoie

Recommended by: Patrice Dutil, founder of the Literary Review of Canada and Professor, Ryerson University

The Book of Negroes | Lawrence Hill

A National Crime: The Canadian Government and the Residential School System, 1879-1986 | John Milloy

Citizen of the World / Just Watch Me: The Life of Pierre Elliott Trudeau (2 Volumes) | John English

Boom, Bust & Echo: How to Profit from the Coming Demographic Shift | David Foot

Shopping for Votes: How Politicians Choose Us and We Choose Them | Susan Delacourt

Recommended by: Sharon Butala, bestselling author of fiction and nonfiction

Shake Hands with the Devil: The Failure of Humanity in Rwanda | Romeo Dallaire