Everyone knows Alex Trebek. Well, almost everyone. Let’s face it: he’s one of the most popular, most highly paid game show hosts in North America. Since its debut in 1984, he’s been the face of Jeopardy!, which annoyingly challenges you, in the form of answers, to ask questions as you build up your pot against your competitors.

Now, most Canadians who eagerly await Jeopardy! each evening also know this about Trebek: he’s one of us. Well, actually, he’s a dual U.S.-Canadian citizen, but he wasn’t running for leader of the Conservative Party so that fact hardly matters. And if you ever doubted his Canadianness, you’d be wrong. He could not, even if he wanted to, erase Canada from his past.

I mean, listen to this guy’s history: he’s truly a Canuck. Born and raised in the Nickel Belt, in Sudbury, he was a curler. No kidding. That suave Los Angeles guy who controls the buzzer used to yell “Hurry hard!” as he watched granite rocks slide down sheets of ice. He quarterbacked his high school football team, which sounds very American, but he played three downs, not four. And there’s more: Trebek worked for the CBC. He hosted a music show and interviewed Glenn Gould. His first game show was Reach for the Top. He covered horse racing at Woodbine. And — drum roll, please — he even hosted the national news (only a few times, but it’s right there on the resumé). So you get the picture. Trebek is a Canadian and clearly proud of it because in his book, The Answer Is . . . , he spends a lot of time setting up the reflections on his life by talking about his early days in Sudbury and in Ottawa, where he went to university. 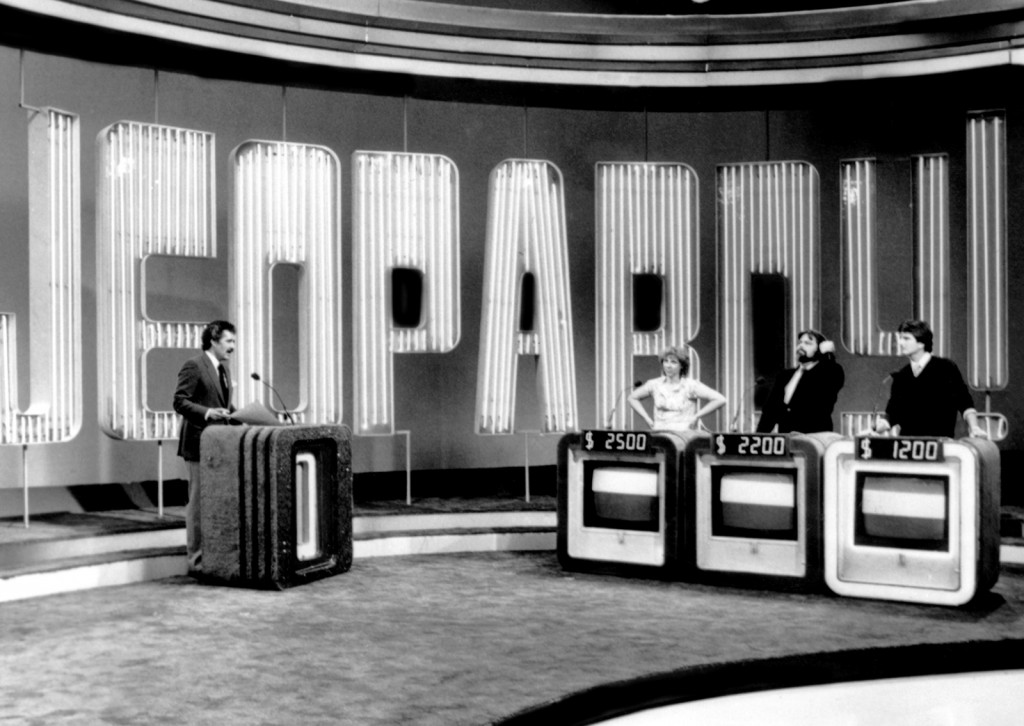 He then spent a dozen years working for the CBC, which shaped his broadcasting experience. But it was clear early on that he was going to make it beyond the Corporation. I remember our paths crossed in the early 1970s, when he was based in Toronto and I was in the city on a journalism training course from Winnipeg. I was just starting out, but he was already very established and well known. I saw him in the hallway of the old radio building on Jarvis Street. He smiled, said hello, and kept walking. He wouldn’t remember this, but I remember him as someone who didn’t get caught up with stardom. Probably even today, there’s still a lot of small-town Sudbury in him.

And that seems partly why, after years of being asked to tell his story and saying no, he’s finally decided to do just that. As most know, he’s been fighting a battle with stage four pancreatic cancer. It’s a battle he knows he’s very unlikely to win. The treatments have been encouraging, but he’s remained realistic about his chances throughout what has clearly been an ordeal. His show has been on a hiatus most of this year, because of the pandemic, but it’s planning to resume taping soon, and Trebek is determined that he will be there to host it when it does.

As much as he knew that Jeopardy! and its host were popular, he’s been surprised by just how much. His illness has shown him. Inside the Jeopardy! studio, there’s a huge glass container with thousands of get‑well cards and notes that fans from around the world have sent to cheer him up. While reading some of them, Trebek realized that while his fans know him, they don’t really know him. So he decided he’d tell them. And that’s what we’ve got with these pages: Trebek’s thoughts on everything from marriage and parenthood to spirituality and his impressive record of philanthropy in North America and, especially, in Africa.

But mainly this book is about the art of the game show, and for the millions who are addicted to them and wonder how they work, it will not disappoint. If you’re looking for more, you might have to go deep to find it.

Near the end of The Answer Is . . . , Trebek gets very personal. You feel his vulnerability as he describes a conversation with his doctor, about the various treatments available to try to fight his cancer. He knows the odds are not in his favour and that eventually he may have to consider other options about making “the end” comfortable. His doctor mentions “hospice”— a word Trebek’s been avoiding all along. He ponders just what hospice living means: “They want to make it as easy as it can possibly be for you to transition into whatever future you happen to believe in.” And while he concedes that he doesn’t believe in any specific god, if there is ever a time to believe in God, this might be it. “What have you got to lose?” he concludes.

I get why Alex Trebek decided to write this book. I understand his motivation because I’ve found myself in the same sorts of situations as Trebek does, with many of those who watched me for years at the CBC. They still stop me on the street, at airports, in shopping centres (when we used to frequent such places) with lines like “I’ve watched you all my life” or “My mother loves you” or “I’ve watched the world unfold through your eyes.” It’s all heady stuff, but while you understand that they truly appreciate the role you’ve played in their lives, they don’t really know you. And that presents another question: Do they really want to? Or are you simply the comfy vehicle in which they’re entertained, challenged, or informed?

What we do know is this: Trebek is a very talented, extremely likeable guy, and the business and Canada are lucky to be able to call him theirs. So, in true Jeopardy! form, the correct answer is: “Who is Alex Trebek?” Well, you’re about to find out.

Peter Mansbridge has a new book, Extraordinary Canadians: Stories from the Heart of Our Nation, due out in November.