If you were gay and born in the 1950s, as I was, your teenage years were likely spent ferreting out books that spoke to your suppressed longings. Of course, there were more texts with homosexual undertones and overtones than I ever realized back then. But they didn’t line the shelves of the local library in the small Okanagan Valley town where I grew up. Neither could they be found in the nearby bookstore, which mostly featured a sanitized assortment of cookbooks and religious tomes.

Even when I did stumble across something interesting, I didn’t always grasp exactly what I was reading. Oscar Wilde was famously homosexual, but I didn’t make the connection with Dorian Gray — although he seemed like boyfriend material. Similarly, I was only vaguely aware of what was going on in Christopher Isherwood’s A Single Man (I wish Tom Ford’s excellent movie adaptation had been available then). A knowing older friend once recommended Brideshead Revisited, but Evelyn Waugh proved too subtle for a young teen’s desire for explicit details. On the other hand, John Rechy’s City of Night, with its sordid hustler narrative, was altogether too graphic, especially in the connection between coming out and landing in the gutter. Mart Crowley’s groundbreaking play, The Boys in the Band, was remote from my predicament too. The flamboyant lives of New York “faggots” weren’t relatable to someone who was trying to hide who he was to avoid being bullied.

All this is to say that had I come across Christopher DiRaddo’s The Family Way or Glen Huser’s Burning the Night when I was younger, it would have made the path to accepting my queer identity a lot less terrifying.

The Family Way is a saga about family, most of it of the chosen variety — those like-minded individuals who make up for the indifference or judgment of blood relations. The tale begins in 2011 in Montreal, where DiRaddo lives, and centres on Paul, a handsome bear who’s fast approaching the milestone of forty. He and his twink boyfriend of three years, Michael, and their two cats have just moved into a new apartment, which Paul owns. The drama kicks off when his good friends Eve and Wendy, a lesbian couple Paul has known for a couple of decades, ask him to be their sperm donor. 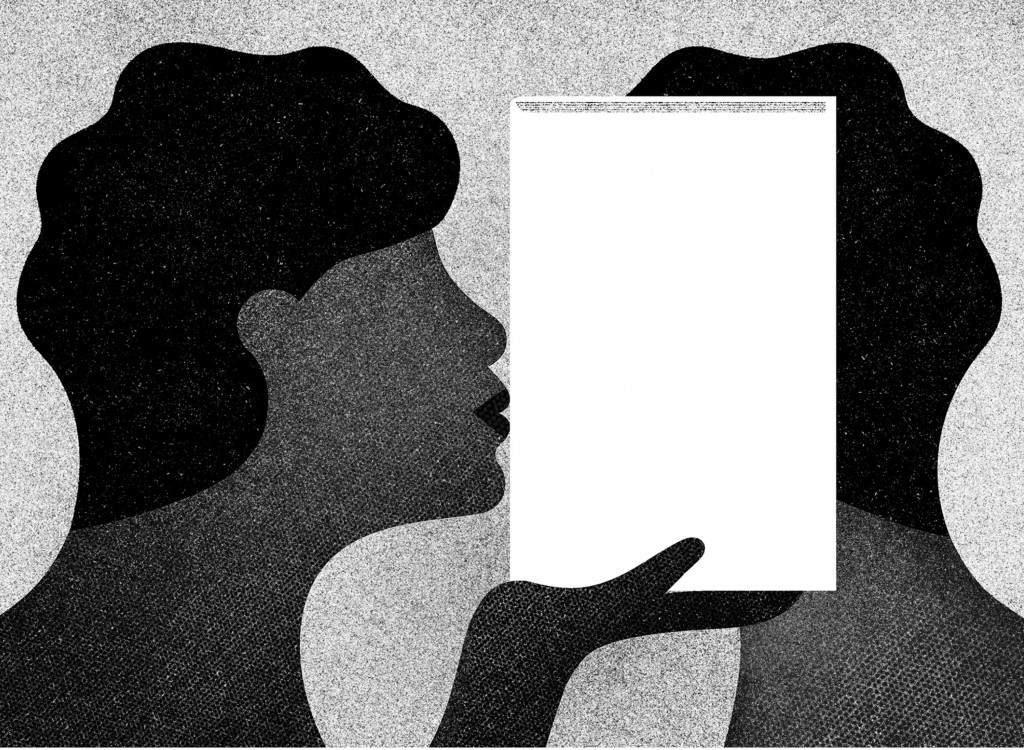 The hidden stories of previous times.
Image by KARSTEN PETRAT

Over the course of eighteen months, the story follows significant birthdays, debauched holidays, health issues, confrontations with parents, pregnancy, and the hundreds of mundane moments of the day-to-day. The age gap and the financial differences between Paul and Michael cause the odd point of tension, as does the allure of romantic roads not taken. There’s a supporting cast of friends and objects of desire, some of whom seem recycled from The Boys in the Band: the sex addict, the drinker, the older wealthy fellow who likes fancy dinners and drag. But for the most part the book feels real, with its gritty descriptions of gay bars and their sexual dynamics, as well as believable gay sex — as in, it’s not always good.

The Family Way, which is DiRaddo’s second novel, is most compelling in its depictions of the challenges and clashes all families face. Michael has come to Montreal to escape the Maritimes and his brutish father. Paul, similarly, has not returned home for many years. And it’s true that most of the biological relations in the story have already been or are on the brink of becoming unchosen. The exception is Paul’s sister, Kate, who is definitely inner circle. She demonstrates that married women can grow tired of the same sex with the same partner, and that it’s not just horny gay guys who occasionally seek distraction in the arms of an appealing stranger.

When their father has a heart attack, Paul and Kate fly across the country to Kelowna to visit him. In the hospital, before his father is discharged, Paul speaks to him about his decision to have a child but sign away his paternity rights. He’s going to be “cool Uncle Paul,” as Wendy describes it. “You’re going to fall in love with that kid,” his father warns. “Fall in love with it the way I fell in love with you, and what will you do then?” It’s the classic dilemma of an aging father who has learned to communicate too late, while his son realizes that, despite being gay, he has turned out a lot like the man whose influence he sought to reject. “This is a great opportunity, one that doesn’t come around often for people like me,” Paul says. “I need you to accept what I want to do with my life.” But rejection goes both ways: “If you want me to be more a part of your life,” his father replies, “then you have to be more of a part of mine.”

Things have changed somewhat since 2011. In the novel, characters’ work doesn’t dominate their lives the way it does now for ambitious gays who are trying to afford a new house or a trip to St. Bart’s. The agony of AIDS has receded further from the collective consciousness, though it still haunts the community, especially for those of us who are fifty-plus. As well, queer couples having children are not the novelty (or perversion, depending on your perspective) they once were but merely one of the routine hurdles in life — alongside decisions on whether to live together, get married, buy a dog or a cat, or have an open relationship.

Aside from a few hetero interlopers, DiRaddo presents a milieu exclusive of straight society. It’s a reminder that chosen family remains a powerful concept for those who have nowhere else to turn.

Burning the Night ’s narrator, Curtis, is something of an odd duck: shy, thin, artistic, bookish, and very repressed. A childhood trip to the dentist in Edmonton — Curtis’s small town is distant and dentist-less — proves life changing when his mother takes him for an impromptu visit to his aunt Harriet’s house. Harriet is blind, sophisticated, and more interesting than the rest of Curtis’s family combined. She married his uncle Hartley, and together they raised her illegitimate son, Phip, after the death of Phillip, who was the boy’s father and the love of Harriet’s life.

For someone like Curtis, growing up in the ’50s, gay but unaware of what that means other than that he’s not like his brother, the revelation that there is a world more aligned with his sensibilities hits him like a lightning bolt. Glen Huser won a Governor General’s Award in 2003 for his children’s book Stitches, and in Burning the Night, he shows a gift for making experiences, even those not intrinsically glamorous, as visceral and magical as they would have been for Curtis. “It was crazy for a blind woman to have a picture of a naked lady on her wall,” he says in awe. The walls of Curtis’s own home are adorned with nature scenes of grizzlies and elk, his mother’s plaster-of-Paris plaques of geese, and gilt-rimmed prints of Jesus as a shepherd. Curtis had only ever seen such “unclad figures” in encyclopedias or the art history section of the Yarrow Public Library. “Where did these naked figures exist apart from the reference pages?” he wonders. “Had they ever hung on someone’s wall?”

Years later, when Curtis moves to Edmonton to get his teaching degree, he contacts Harriet, now a widow, who says she’s been waiting for his call. She introduces him to fancy restaurants and music and nurtures his inner aesthete. In return, she asks him to read to her from a journal Phillip kept during the last year of his life.

Curtis becomes increasingly enthralled with his alluring aunt and her lost love. (A photo reveals that Phillip was extraordinarily handsome.) When Harriet passes away, her nephew inherits scraps of Phillip’s drawings, and soon Curtis’s own sketches come to mimic them. He keeps a copy of the journal, which he now knows almost by heart, falling deeper under the spell of the young man’s writings. Curtis obsesses over two pages that have been cut out — pages that relate to a period when Phillip went to study art in Toronto, and the time shortly before his death, in December 1917, when he was reunited with Harriet.

The journal, like Charles’s diary in Alan Hollinghurst’s The Swimming-Pool Library, is a pervasive presence, especially the missing pages, which Curtis suspects tell of a dalliance with Radcliffe Malthus, a notorious gay photographer. Curtis goes so far as to hunt down Malthus’s former secretary, who has what Curtis is looking for: nude studio portraits of Phillip. “I feel like I’ve been travelling back in time and the tour stopped at a point of interest, you know,” Curtis says. “Only the point is Phillip, beautiful and vulnerable and so alive somehow, with only the air of the conservatory between his exposed skin and Radcliffe’s camera lens. God, it’s exciting. You would not believe how this man looked.”

The hardships and heartbreaks of Harriet’s and Phillip’s lives are rendered poignantly. Even Curtis’s mother’s lack of sympathy toward her sister-in-law becomes understandable as Curtis learns more. But while these incidents add drama, Huser is guilty of not allowing his narrator to reveal what he knows when he knows it. Readers are kept guessing over what caused Harriet to lose her sight, for instance. There is not the pleasant suspense of piecing together the puzzle within the narrative flow.

Questions remain over why Curtis is so consumed by the lives of these two people, and whether he has any form of sex life, or any life, for that matter, outside of them. He is an enigma, yet one who is not fully realized. I am brought back to my elementary school days, where Curtis joins the likes of the beautiful Dorian, the Brideshead fellows, and all those other characters I couldn’t quite fathom.

While books with gay content shouldn’t be lumped into a ghetto genre, The Family Way and Burning the Night take their place beside those influential titles of my past, even with their references to the AIDS crisis and same‑sex couples starting families, which were unknown topics at the time. Neither novel aspires to give the sweeping perspective of gay life that authors like Alan Hollinghurst do so well. But for readers of my generation, in particular, they offer a look back to previous, difficult times, which are easily forgotten in our apparently more ­tolerant present.