Existential pessimism is in vogue in Quebec. Consider François Legault, who defends his government’s new language legislation by saying that French is at risk of disappearing over the next half century. He has even dismissed the story of one immigrant — a Liberal member of the Assemblée nationale — who speaks Spanish at home but French in the workplace as nothing more than “an anecdote.”

With Le miracle québécois, the economist and regional planning expert Mario Polèse has written an impressive correction to such dour views. If the premier and his nationalist supporters see a glass that is not only half empty but leaking, Polèse sees a glass that is filling up constantly. His book is a carefully documented and sometimes passionate tribute to Quebec’s successes and a study of some of the paradoxical factors that led to them.

The miracle that he describes is “the passage of a people who were previously closed, worried, full of self-doubt, to a people who feel today, quite clearly, comfortable in their skin and before the ‘other’ who was previously their ‘master.’ ” Throughout the province, he sees “a modern people in every sense of the term, capable of integrating fellow citizens from all parts of the planet.” 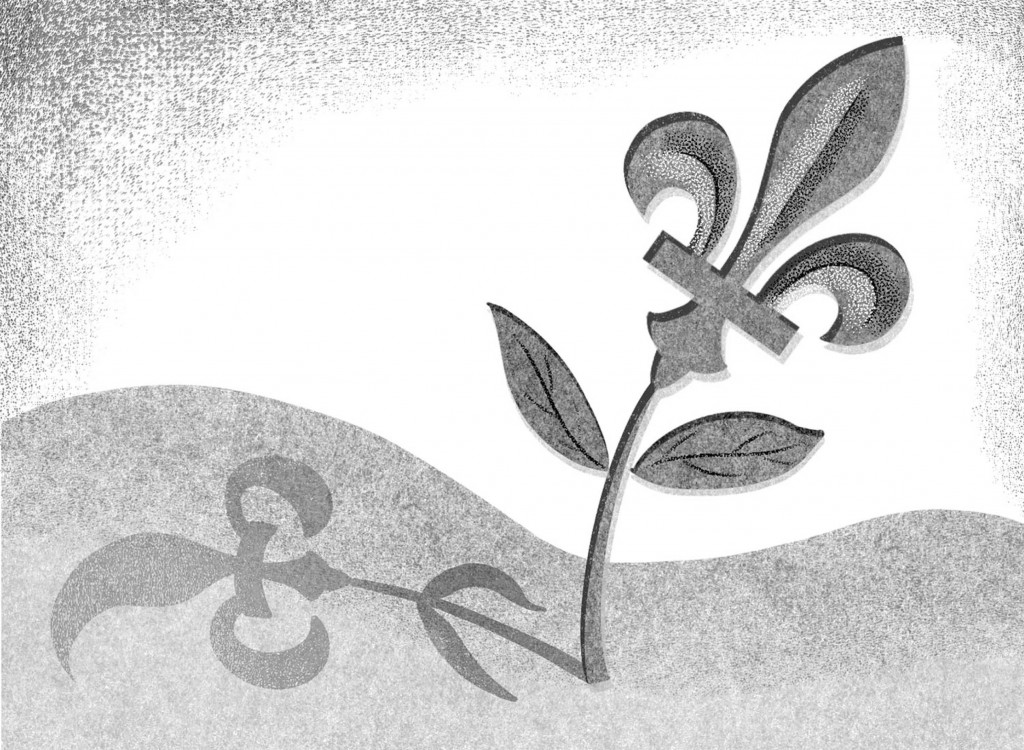 Over the past five decades, Polèse has been deeply involved in Quebec’s academic and political life, while lecturing in universities around the world and producing studies of urban and regional development. The son of Austrians who had fled their country in 1938, he was born in Holland during the German occupation. In 1953, at the age of nine, he immigrated to the United States with his family. He became an American, studied French (his fourth language), earned a doctorate, and, in 1969, came to the Université de Montréal. A year later, he joined the Institut national de la recherche scientifique, where he is now an emeritus professor.

When Polèse arrived in Montreal, he discovered a society that was emerging from decades of economic inferiority and social insecurity. At the time, the simple fact that an American had learned French and moved to Quebec shocked many; it was sufficiently surprising that it merited an interview on Radio-Canada.

The subsequent phenomenon that Polèse spells out in his book is revealed in the data. Systematically, he demonstrates how francophones in Quebec have surged ahead economically, as employment in Montreal has caught up to its level in Toronto. He also points to studies of happiness that show Canada doing very well, with Quebec above the national average, “which makes Quebeckers one of the happiest people on the planet, with the Danes.”

Polèse demonstrates, in chart after chart and statistic after statistic, that having French as one’s mother tongue is no longer an obstacle to social advancement — in dramatic contrast to the decades that preceded 1960. “The disappearance of a social gap between francophones and anglophones (and in the space of a generation) is not a meaningless fact,” he writes. “It is a revolution.”

Moreover, it is a revolution that occurred both quietly and peacefully, without any of the tensions that mark relations between French-speaking and Dutch-speaking Belgians, for example, or between Black and white Americans. “The best indicator of the end of the social gap between francophones and anglophones is that no one talks about it today,” he argues. “It is simply no longer a ‘problem’; it has disappeared from the radar screen.”

How did the miraculous transformation that Polèse describes unfold? Like many other observers, he cites the changes that took place in the 1960s — the Quiet Revolution — when Quebec became a more activist state. The second revolution was the introduction of the Charter of the French Language — still known as Bill 101 in English, although it stopped being a bill in August 1977 — which dramatically changed the linguistic landscape. And it’s on this point that he makes a declaration that has gone relatively unnoticed in the favourable response to his book-length love letter to the province: “It is false to claim that French is in decline in Quebec.”

While this might seem self-evident in the rest of Canada — and obvious to anyone old enough to remember when it was difficult to find a French sign or storefront on Rue Ste‑Catherine in Montreal — Polèse’s statement flies in the face of what has become an unquestioned verity in French-speaking Quebec.

But from 1971 to 2016, Polèse points out, the use of French as “la langue d’usage”— what people spoke most often outside the home with those who were not their friends or relatives — increased from 80.8 to 82.2 percent, while the use of English dropped from 14.7 to 10.5 percent. During this same period, the use of other languages increased from 4.5 to 7.4 percent. In addition, from 1976 to 2015, the proportion of English-speaking students going to French-language schools increased from 8.2 to 27.9 percent, and the proportion of students with a mother tongue other than English or French attending those schools went from 20.3 to 89.4 percent.

Polèse dips into history to explain the factors that laid the groundwork for these changes. The Church, he argues, played a critical role in protecting the society in the 120 years that followed the failed Rebellion of 1837. Had that rebellion succeeded, he argues, Quebec could not have resisted pressures from the United States. But the Church provided society with something like a cocoon (a metaphor he comes back to several times). The massive population growth that resulted from large Catholic families was critically important, leading to a community that was big enough to modernize and urbanize:

Quebeckers would abandon the Church, a dominant presence during the long years of being in a cocoon, but not its social message: the state will take on that role. The great turnaround of the 1960s required that the nation liberate itself from the Church, but it would not have succeeded without it: guarantor of demographic weight, a rampart against assimilation, guardian of the social message.

Polèse seems to take pleasure in pointing out a number of paradoxes in Quebec’s transformation. The Church, which appeared to be holding society back, actually protected it. The strictures that led women to have large families proved to be what he calls “a demographic necessity,” though one that came at a price. “Women are the true heroines of this story, I will never repeat it enough,” he writes, “but they are also its principal victims.” Similarly, a profoundly secular public was built on the foundations of what was once considered a near-theocracy: “la priest‑ridden province.”

Another example of progress and transformative change: Quebec’s loss of the automobile industry to Ontario — a long-standing source of complaint — has been compensated for by the growth of high-technology industries. Still, Polèse is not unaware of the risk that the province may be turning inward. He points to Vienna in the late nineteenth and early twentieth centuries: a city of tolerance, music, literature, theatre, and medicine. He knows well the story of what then happened; his mother was Viennese and fled when the city welcomed Hitler in 1938.

“The reader will understand why I talk of a ‘miracle,’ ” he writes. “The challenge that Quebec must meet is no less complex than that of old Austria: getting francophones and anglophones, immigrants and natives, Indigenous and non-Indigenous, whites and non-whites, to live together, and, at the same time, to find a lasting modus vivendi with the Canadian partner.”

All of that, he notes, is required of a society that was conquered, that is a minority, that may have had reason to feel threatened in the past. Yes, its language is not that of this continent, a divergence that could have produced a bitter and vengeful nationalism. “That is the real miracle: Quebeckers have proven that a people can liberate itself and thrive without sacrificing its ability to live with others,” he concludes. “However, this miracle is a delicate flower, a flower that needs to be replanted every season and watered with care and love. It can die as quickly as it flowered. The lesson of Vienna is simple: no society is immune to human stupidity.”

Mario Polèse is too wise to criticize those who are pessimistic about the future of Quebec as a vibrant French-speaking society. He is aware of the extreme sensitivity of the issue. But his well-documented portrait of a healthy, thriving, and vital community includes a quiet warning that this can all be swept away in a tide of narrow ethnocentrism. He doesn’t need to add that the signs are there.

Graham Fraser has done me the great honour of reviewing my book Le miracle québécois. As one would expect of him, the review is well written and informative. I can think of no greater satisfaction than to be favourably reviewed by one of English Canada’s leading intellectuals (books in French too often go unnoticed outside Quebec).

Fraser nicely summarizes my book’s basic thrust: the (miraculous) transformation of a once-dominated society full of self-doubt into what is today one of the most free, self-confident, and socially progressive societies on the planet. Fraser is not wrong in making this remarkable success story — and the rebirth of French as the language of...