Books on prime ministers seem to be a hot item these days. The Unexpected Louis St-Laurent, a collection of essays about one of the country’s most effective leaders, edited by Patrice Dutil, appeared in 2020. And last year, in what may well be a first for publishing in this country, three books hit the shelves chronicling the lives of former PMs: Michael Hill’s The Lost Prime Ministers, Ted Glenn’s A Very Canadian Coup, and, perhaps the most anticipated of these, Steve Paikin’s John Turner.

Paikin’s is not the first biography of the late politician, and he wisely acknowledges Paul Litt’s superb Elusive Destiny: The Political Vocation of John Napier Turner in his introduction. That book appeared just over a decade ago — so why another volume about a man who was in charge for only seventy-nine days? In short, Paikin explains, “the lure of John Turner’s unique story proved to be too enticing to ignore.”

This book’s subtitle, An Intimate Biography of Canada’s 17th Prime Minister, is instructive. The host of TVOntario’s daily current affairs show, The Agenda, as well as an acquaintance of numerous politicians, Paikin was granted access to Turner’s private papers at Library and Archives Canada and given interviews with the family. The “intimate” nature of the biography cuts two ways: the access allowed Paikin to draw on correspondence that enlightens readers to behind-the-scenes aspects of Turner’s career; it also raises the question of proximity to the writer’s subject. Paikin describes his closeness to Turner, dating back to when the former was a young journalist and the latter a newly elected party leader in 1984. “I’d had numerous interactions with him subsequently,” he writes, “and we enjoyed each other’s company immensely. At the end of every get-together, he’d say ‘stay in touch’ in just such a way that you knew he meant it, and so I did.” 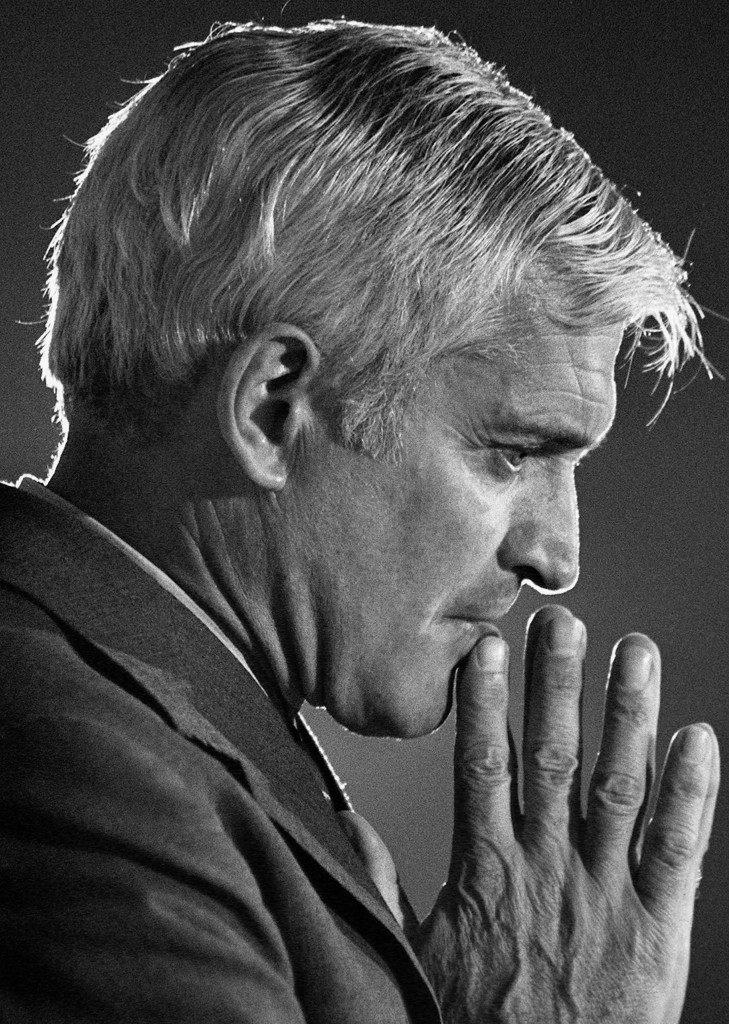 Paikin does not shy away from raking through the ashes of some of the more lurid aspects of his subject’s life, however. He includes chapters titled “The Marriage” and “The F-Bomb and the Booze,” both covering topics mostly avoided in Litt’s scholarly work. This is where Paikin’s access to family, friends, and documents shines through. For example, Will McDonough, who worked in the leader’s office, remembers that Turner “lived in fear of his wife.” Stories of Turner’s blue language are also legendary, and Paikin recounts numerous instances to prove the point. (Surely no other book about a prime minister features the word “fuck” so prolifically, though Peter C. Newman’s The Secret Mulroney Tapes, from 2005, would be a close second.)

The stories go beyond anecdotes when Paikin reveals there is a “very thick file” at Library and Archives Canada labelled “Drinking Issue.” Unwinding with a Scotch, Paikin writes of Turner, “was simply how successful men of his generation dealt with the stresses of the job.” (In his case, it was usually Famous Grouse.)

But the booze, the marriage, and the swearing really constitute just a sideshow to the indelible political career of the man — a career that spanned a remarkable period in Canadian history. And being prime minister during the summer of 1984 was just a small fraction of it. Born on June 7, 1929, Turner was first elected in 1962, to represent the Montreal riding of St. Lawrence–St. George. “Many may have been dazzled by Turner,” Paikin writes, but the prime minister, Lester B. Pearson, thought he “needed more time on the backbenches.” Nonetheless, he made the young MP parliamentary secretary to the minister of northern affairs and natural resources. Turner then ran for the leadership of the Liberal Party in 1968, losing to Pierre Trudeau.

As the justice minister, Turner guided a revolutionary omnibus bill through the House of Commons in 1969. This was the legislation that modernized the Criminal Code, changing laws against homosexuality and abortion. (It was also the bill, originally introduced two years earlier, that prompted Trudeau’s famous “There’s no place for the state in the bedrooms of the nation” when he was still the justice minister.) Turner’s work shepherding the law through Parliament revealed traits that would define his career. “Our tolerance to this bill,” he said on its first reading, “will depend upon our tolerance and our understanding of the needs of a pluralist society where everyone must strive to reconcile his opinions and personal beliefs, including the ones closest to his heart, with those of his neighbours, who are also earnest and sincere.”

The following year, Turner was a voice of moderation in cabinet during the October Crisis, encouraging Trudeau “to pump the brakes just a bit” before invoking the War Measures Act. Paikin captures Turner’s role during this episode in history, but because Turner always maintained that it was his work as justice minister that made him proudest, even more exploration of the period would have added to our understanding.

After a decade-long hiatus from politics, during which he worked as a Bay Street lawyer in Toronto, Turner returned to Ottawa in 1984. Again, as both prime minister and opposition leader, he would find himself at the centre of momentous debates — about Canada’s economic relationship with the United States and Quebec’s place in Confederation. Throughout it all, Turner put country first, regardless of the impact on his leadership or standing in the Liberal Party.

John Turner tells a good story and has enough anecdotes to satisfy any political junkie, but occasionally it seems as though Paikin felt obliged to use every bit of the colour he had gathered through archives and friendships. Then there is the book’s index, which is simply a list of names. Yes, indexes cost money, but it is worth the expense to have one that is useful for the reader who wants to look up such topics as “October Crisis” or “election, 1984.”

What stands out most about “JNT” after reading this biography is his sheer love of country and service. Turner believed the three most important things you can do in life are join the clergy, run for office, or be a teacher (a sentiment he repeated often, including once in a speech at the school where I teach). “Men and women have to get involved in democracy more than they are now,” he remarked at an event marking his ninetieth birthday in 2019. “At the local level, provincially, federally. Help make things happen. Run for office if that becomes possible. Democracy doesn’t happen by accident.”

It may sound old-fashioned, but this book made me think our politics could use a little more old-fashionedness and a little less, as Turner might have put it, bullshit.