Gutenberg’s Fingerprint: Paper, Pixels and the Lasting Impression of Books

Recently I devoured the memoir Avid Reader: A Life, by the legendary American editor and publisher of the late 20th century Robert Gottlieb. It contains the warning that “all editors’ memoirs basically come down to the same thing: ‘So I said to him, “Leo! Don’t just do war! Do peace too!” ’ ”

“Naturally, it’s one’s successes one tends to remember—as with Leo,” Gottlieb ruefully concludes. But in his own case the successes include books such as Catch-22, and The Chosen, and True Grit, and the authors Gottlieb­ edited range from Toni Morrison to John Cheever, from John le Carré to Barbara Tuchman, and from Miss Piggy to Bill Clinton. These books, and the others he published with enthusiasm, sold millions of copies, often with initial print runs of hundreds of thousands.

Yet I am confident that Gottlieb would enjoy Merilyn Simonds’s unusual new project, Guten­berg’s Fingerprint: Paper, Pixels and the Lasting Impression of Books, about the making of a short book of fictional pieces entitled “The Paradise Project.” That 64-page literary exercise was published by Thee [sic] Hellbox Press in Kingston, Ontario, with a print run of 290 [sic] copies. What I’m sure would attract Bob Gottlieb to Simonds’s book is the fact that he is a book guy to his fingertips and toenails, and this is a book about books. Whereby hangs a tale. 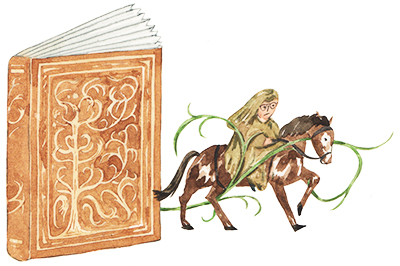 The hero of Gutenberg’s Fingerprint, to whom the book is dedicated, is an ageless inventor named Hugh Barclay, who late in life became a printer, armed with a 19th-century printing press, a beloved Chandler & Price. Barclay first entered Simonds’s life in 1996 at a Kingston launch for her novel, The Convict Lover, where he gleefully showed her a piece of his own handmade printing to commemorate the event: “You see? The C and T at the end of ‘Convict’? The bit that connects them? That’s called a ligature. We chose the type especially. It’s like the letters are handcuffed together.”

And Simonds, chuckling, finds herself launched into a world of book detail—ligatures?—that she had never imagined.

At the time that Barclay persuades her to send along some of her short, fictional fragments for his little press to publish in a slim single volume, she is an experienced author, with 16 books to her name. She has worked in the newspaper and the magazine worlds, and been the chair of the Writers’ Union of Canada as well as a mentor teaching writers at universities across Canada. Yet she signs on with him to publish this little book the old-fashioned way, and thus begins a journey through the history of book making.

The chapter titles in Gutenberg’s Fingerprint are instructive, and will allow potential readers to decide whether this is a journey they want to undertake. They are, in order, “Hugh, Me and The Book,” “Paper,” “Type,” “Ink,” “Press,” “Book.”

As you can see, the arrangement is logical, allowing Simonds, and us, to follow the progress of her own book being printed, stage by stage, with Barclay as our jovial guide. But two things soon become clear. First, that the history of printing is a version of the history of western civilization. (Western, because the softer Chinese paper and the vast Chinese alphabet made the Gutenberg-style mass production of printed books impractical there, despite the early Chinese invention of paper by Cai Lun in 105 CE.) And second, that Merilyn Simonds has an essayist’s mind, swooping and dipping here and there as fancy (and especially an attractive word, or a revealing phrase or story) lures her.

One example out of many: when Barclay begins to teach her how to set type by hand, he produces a drawer that he slides out of the type cabinet.

“California Job Case,” he says as if introducing me to a friend.

The wooden tray with its dozens of compartments looks familiar.

To most of us, accustomed to the QWERTY keyboard, its arrangement soon seems random, as the very useful full-page illustration in the book demonstrates. By putting the most frequently used lowercase letters—t, n, e, i, o, r—into the biggest bins, arranged directly in front of the typesetter, the printers in San Francisco who invented the system claimed they had reduced “hand travel” by more than half a mile a day.

Oh yes, and where does this “lowercase” phrase come from?

“Historically, the common letters and the capitals were kept in two separate cases,” Hugh says. He never misses an opportunity for instruction. “The capitals were in an upper case, which explains the name. The other letters were in the lower case—you’re smart, you get the idea.”

Simonds is indeed smart, although she introduces us to a character named “Stupid Merilyn,” who makes occasional walk-on appearances. Once, confronted by the task of typesetting, she confesses:

My head hurts. I feel as though I’ve been dropped onto another planet, one where the citizens speak a language I recognize, although all the words have unfamiliar meanings.

“This is a clean case,” says Hugh.

Not very, I think, surveying the messy heaps of metal letters. The heaps are called “sorts.” When a typesetter runs out of a particular letter, he is “out of sorts.” I have lots of letters and, still, I’m out of sorts.

Aha! There are many such moments here, including the fascinating pages where typefaces are discussed by name, with examples such as Boldoni, Helvetica, Arial, Georgia, Times and Gotham all displayed, before Garamond is chosen for Simonds’s book. And Hugh Barclay’s preference for serif type is well explained with a diagram that will fix in even the most type-innocent reader’s mind the difference between serif and sans serif.

Barclay is, of course, a larger-than-life character. He is an inventor, an innovator and an enemy of the tried and true, which makes him an interesting companion along the way to the finished book, where decisions have to be made daily. It is a tribute to him, and to Simonds’s treatment of his personality (and to how the book actively engages the reader), that at one point I found myself yelling “No! No! Don’t you see the trouble this will cause?” Barclay, you see, at that point in the production process had become thrilled by the prospect of leaving some of the pages in the little book left uncut, like a French novel. This charmingly eccentric plan (a description of wide application throughout this enterprise) has endless complications, including the eventual need to bind a special paper knife into the finished package, along with—dammit—a page of instructions on how to use it.

But this is much more than just a journey along the Gutenberg road to a precious old-fashioned book, where the author is involved like a medieval pilgrim at every point. In her life, Merilyn Simonds is proud to be described as an “early adopter,” in contrast to her Luddite husband, the writer Wayne Grady. So, while she follows the route for this very traditional book, she engages her son Erik to create it at the same time in a digital version, an e-book.

Erik is a fascinating character, a gifted young artist who at the age of 19 was in Berlin, an apprentice to the famous painter Attila Richard Lukacs. When Erik came home, he gave shows that sold out and his career took off, so that at 25 he and his wife owned a Toronto house, full of his art. Then, out of the blue, the gas company caused an explosion, and the house, and the future art, went up in flames. Since then Erik has done little painting. In his mother’s words:

When I ask him why he doesn’t paint, he says, “I don’t know. It just doesn’t seem important anymore.”

He has lost heart. Hugh is all heart. I can’t wait for the two of them to meet.

When they do meet, these men from different generations plunge excitedly into working together on the e-book that follows a parallel track to Barclay’s traditional book. Erik, the disheartened former painter, has taken up a career as a graphic designer/art director and is now a highly skilled e-book designer; even if he sometimes scandalizes his mother with casual asides, for example, that he can program ligatures right out of any chosen typeface. But he keeps her (and us) informed and involved in the progress of the new book. Soon he is even undertaking to provide ghostly woodblock illustrations for the project, and it goes wonderfully well. Both versions of the book advance, as we cheer them on.

The final section of the book allows Merilyn Simonds, the early adopter, to predict where books are going. She notes that readers are now “encouraged to explore and engage with the text. The reader’s role is no longer passive, it is active, even though he or she can’t actually affect the outcome.”

The latest catchphrase—which may well be obsolete before this book is printed—is “augmented reality,” or AR: virtual images laid over real ones to create an “augmented” display. AR integrates graphics, sounds, touch (haptics), and smell into a real-world environment, blurring the line between the actual and the computer-generated.

The key phrase here, I think, is “which may well be obsolete before this book is printed.” Certainly, anyone reading this book to learn about the future of reading will find that while Merilyn Simonds’s book raises many questions, it is too sensible to produce many confident predictions. Although it is notable that she has put a lot of time and effort in turning her out-of-print paper books into digital e-books.

A final detail, one that Bob Gottlieb would like: the endpapers for the precious little book are specially created, with the help of the artist Emily Cook, from paper whose fibre comes from daylilies picked from Merilyn Simonds’s garden. In discussing this process, Merilyn the Essayist tells us that way back, about 1780, Matthias Koops in London decided that for printing books, paper made from straw would be ideal. Nicholas Basbanes, in his 2013 book, On Paper: The Everything of Its Two-Thousand-Year History (published by Gottlieb’s old company, Knopf) writes about handling a book based on straw. After more than 200 years, the paper still held “the agreeable aroma—of fresh-cut grass.”

Doug Gibson, after a career in publishing that ran from 1968 to 2007 and involved being the head of Macmillan of Canada and McClelland & Stewart, skipped from the quiet role of editor and publisher into the loud one of shameless author. He has written two books, Stories about Storytellers (ECW Press, 2011) and Across Canada by Story: A Coast-to-Coast Literary Adventure (ECW Press, 2015). He has given more than 160 performances of these two books, and is preparing to tour with a new sesquicentennial show entitled “Canada’s Greatest Storytellers, 1867–2017.”