Too Dumb for Democracy? Why We Make Bad Political Decisions and How We Can Make Better Ones

We know we are at risk of extinction, and that knowledge can be paralyzing. The best science — peer-­reviewed and authoritative — tells us we must act with urgency for a complete global transformation. It tells us we must stop using fossil fuels as soon as possible. It tells us we must engage in massive forest restoration to sequester carbon and revive biodiversity. And it tells us that, even with immediate transformative action, we will continue to face massive climate disruption, for which we must prepare and adapt now.

Yet as a society, we behave as though the situation is manageable with conventional decision making. Or we tell ourselves we’ll make the tough calls down the line. Such is the human condition.

As human beings, we are capable of holding two mutually exclusive, even contradictory beliefs at the same time. Living in denial can be nice, and sometimes it’s just about trivial things. We tell our dentist we floss regularly, for example, but we know deep down that skipping a few days here and there doesn’t really matter. 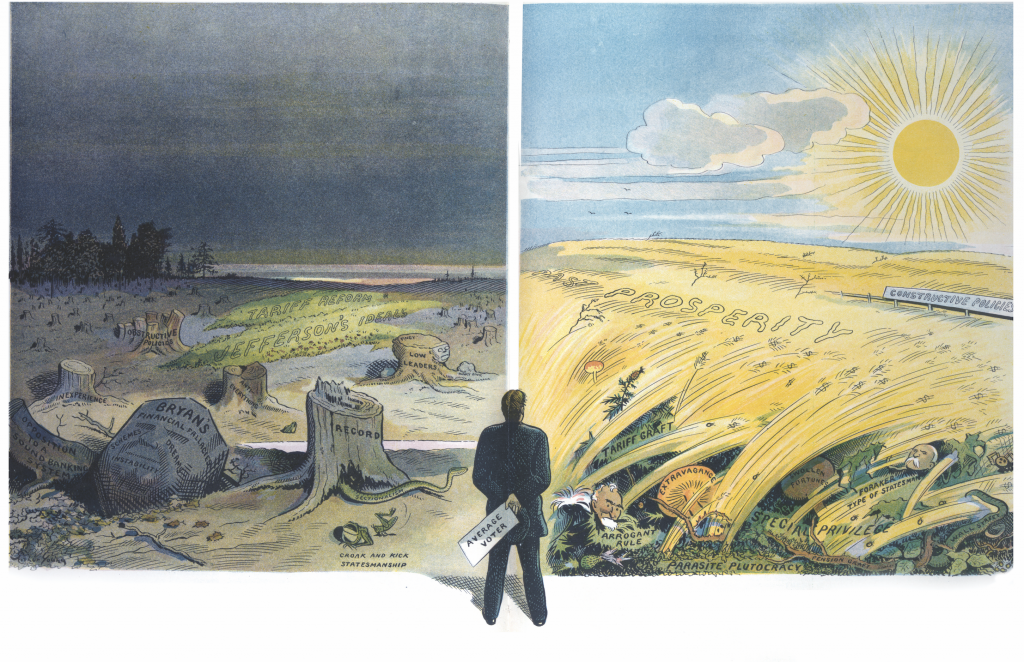 It gets dangerous, at a level beyond dental hygiene, when we say that as a country, we are climate leaders, but first we need to boost oil sands production and build more pipelines.

I believe there are politicians here in Canada who understand the climate crisis yet want to protect the oil and gas industry. I don’t condemn them as hypocrites or liars because they seem genuinely certain that they can do both. They are experiencing cognitive dissonance at a dangerous level.

The political theorist David Moscrop, a post­doctoral fellow at the University of Ottawa, spends little time describing cognitive dissonance in his first book, but he does explore the cognitive autopilot that seems to plague the modern voter. In many ways, Too Dumb for Democracy? is an ambitious plunge into neuroscience, politics, fake news, and how all of it can affect critical decision making at the ballot box. By focusing on the citizen, Moscrop skims over the fact that elected officials are just as guilty of perilous cognitive bias and knee-jerk thinking as John and Jane Doe.

Nonetheless, Too Dumb for Democracy? raises timely issues as we head into the 2019 federal election. And even as Moscrop makes a strong case that citizens are not, in fact, too dumb for democracy, his argument leaves open the possibility that we are.

Moscrop lays our tendency to make bad decisions at the door of external forces: “The world around us often sets us up for failure, in part by exploiting the limits of our brains and minds” (emphasis his). In doing so, he builds on the work of Ronald Wright and his 2004 Massey Lectures, A Short History of Progress. The human brain evolved to manage threats unlike those of today, and to account for a different set of stimuli than what we experience in modern society. As Wright put it, “We are running twenty-­first-­century software on hardware last upgraded 50,000 years ago.”

How to tap into that hardware and software is a question that underpins much of today’s political messaging. Political apparatchiks know that emotions are a more surefire driver of voter intention than rational thought. Playing upon those emotions is, in many ways, playing upon our reptilian brain. Politicians also know that our ancient reptilian brain is the easiest part to reach, and deeply fear based. “Immigrants are a threat” works as a political message, especially when coupled with the word “terrorism,” because it appeals to inherent biases and embedded conclusions that were baked in millennia ago.

Our more mammalian brain, the limbic system, also works on emotions and feelings, but on those beyond fear and anger. This makes it harder to reach the more sophisticated, creative, and analytical part of our brain, the neocortex. It is this brain that allows us to “think” in ways that define us as “human.” We can reason. We can invent. We can remember and learn from our experiences. We can even be better voters.

As Moscrop puts it, the brain is “a constant whirling mix of rationality and emotion, of conscious and unconscious processing.” Only by harnessing rationality can we survive the world, and help the world survive. For the sake of our democracies and for our world, we must harness the rationality of the limbic system. As a species, not just as one country or as one class operating alone, we must appeal to our ability to reason, to remember, to learn from our mistakes. And then to act.

Of course, the “limits of our biology and psychology,” as Moscrop describes them, are familiar to students of history. By reviewing the collapse of civilizations over time — Sumerian Babylon, Easter Island, ancient Rome — he reminds us that we can, knowingly, allow our entire world to fall apart. And as Wright puts it, “Each time history repeats itself, the price goes up.” It does indeed.

Throughout Too Dumb for Democracy?, Moscrop rightly describes the climate crisis as “existential.” We are aware of the risk that our actions over the next five years can cast the die, irreversibly, toward the end of civilization. Our action or inaction could set an irrevocable course to the end of our species, and of millions more that require the same life conditions that we do. Easter Island is now planet Earth — only this time, there may be no one to stare in wonder at the monuments left behind.

Perhaps our planet’s clearest voice for climate action is a young Swedish girl with autism. Greta Thunberg, who turned sixteen in January, has sparked a global movement of student ­climate strikes. Five years ago, at age eleven, she learned about climate change and fell into a deep ­depression and became physically ill:

I stopped talking. I stopped eating. . . . In two months, I lost about ten kilos of weight. Later on I was diagnosed with Asperger’s Syndrome, OCD, and selective mutism — that basically means I only speak when I think it’s necessary. Now is one of those moments.

Thunberg has credited autism for contributing to — perhaps dictating — her powerful voice “especially when it comes to the sustainability crisis.” Whether in TED Talks or at the World Economic Forum, she approaches climate change with black and white clarity. As she put it in Davos, Switzerland, earlier this year:

Throughout Too Dumb for Democracy?, Moscrop shows what gets in the way of that much-needed clarity. He invents dinner parties with personalities representing various failures in rationality. They are conditioned either by early bias or by instinctive assumptions dressed up as rational analysis. Through them, he shows how we tend to fool ourselves into believing we have thought things through. And often the clearest examples of rational lapses are found in our political loyalties. In order to pursue decision making that can genuinely improve our plight, then, we need to embrace processes that move away from partisanship.

Ideally, in making the decisions that will shape not just the new term but perhaps the fate of the world, we would reach to our best selves. We would use the neocortex to reason our way out of complex problems. We would cooperate — our indispensable evolutionary advantage — and end the partisan slugfest that characterizes twenty-­first-­century politics in Canada and too much of the world.

In 2012, the American social psychologist Jonathan Haidt explored the perverse nature of partisan politics in The Righteous Mind: Why Good People Are Divided by Politics and Religion. “Once people join a political team,” Haidt wrote, “they get ensnared in its moral matrix.” Just as partisan morality binds us, it also blinds us “to the fact that each team is composed of good people who have something important to say.”

Ultimately, Moscrop attempts to offer voters an alternative, one where we would cut through partisan bias and once again inject “regular, inclusive, and meaningful participatory democratic mechanisms into communities and all levels of government.” If we can just turn off our reptilian brain, or at least make it secondary, we can revive the critical importance of cooperative, adaptive trust:

Good, trustworthy processes not only produce better outcomes — more rational, evidence based, easier to communicate to others —
but those outcomes are more likely to be accepted by others (who are committed to and part of the process) as fair and legitimate, even if they do not agree with the outcome.

In other words, restored trust will beget more trust.

Public faith in our politicians, our political institutions, and our democratic process itself is a long way from the “virtuous cycle” Moscrop describes. In fact, a general lack of faith has reached a crisis point, as the Toronto political activist Dave Meslin argues in his new book, Teardown: Rebuilding Democracy from the Ground Up.

Only 13 percent of Canadians trust politicians, according to one recent poll Meslin cites. But new institutions, Moscrop maintains, can help create trust built on greater consensus. This argument reminds me of grand multi-­stakeholder decision-­making experiments of the late 1980s and early 1990s. At both the federal and provincial levels, we established sustainable development round­tables, prompted by the UN’s World Commission on Environment and Development, also known as the Brundtland Commission. In Canada and around the world, it was an era that called for a different kind of decision making. As Jim MacNeill, secretary-­general of the Brundtland Commission and an extraordinary Canadian environmental leader, put it at the time, “If we change the way we make decisions, we’ll change the kind of decisions we make.”

Though the National Round Table on the Environment and the Economy was ultimately eliminated by Stephen Harper’s 2012 omnibus budget bill, it excelled for a time in consensus-­based decision making — among business, labour, environmental groups, Indigenous peoples, and politicians. It was an example of democracy without partisan politics poisoning the well — a type of example we can revive.

Too Dumb for Democracy? may not be a revelation, but Moscrop offers an important, thoughtful reminder that voting is always a political act. It should also be a rational one — especially in the face of climate change. This is a reminder that couldn’t be more timely.

Let’s revisit how earlier generations faced existential crises. Necessity demands that voters and politicians alike jettison partisanship. Perhaps it seems impossible, but rival factions came together in the fight against fascism during the Second World War, in the United Kingdom and in Canada. A war cabinet meant decisions could be made through non-­partisan consensus and be seen as “fair and legitimate.” Might we create a survival cabinet to battle climate change and chart the course to a safe and prosperous future? David Moscrop’s book gives me hope that we can.

Elizabeth May is the member of Parliament for Saanich–Gulf Islands, in British Columbia, and leader of the Green Party of Canada.

May’s critique of Too Dumb for Democracy? is right on the money. We have the ability to resolve problems, especially those of our own making. But, as she writes, we must educate ourselves.

Society can eliminate the use of fossil fuels through solar, wind, and water, yet we procrastinate. Indeed, it seems only near-death experiences inspire corrective action. But when it comes to the earth’s survival, that can’t be our instigator. The risk is too immense. Canada’s government, concerned with corporate sponsorship in the next election cycle, is content to give lip service to voters.

We can influence our political leadership, however. Vote intelligently — vote to...