Eisoptrophobia is the fear of ­looking at oneself in the mirror. It’s a condition that can cause anxiety, dry mouth, and panic. But such sensations do not play into Cora Siré’s fifth book, Fear the Mirror, a series of intersecting stories that offer an unflinching look at the lives of various members of her family.

Leonard Cohen once called poetry a verdict; the same could be said about autobiographical fiction. An epigraph in this book quotes from Colum McCann’s Thirteen Ways of Looking —“Poets, like detectives, know the truth is laborious: it doesn’t occur by accident”— and establishes the tone for its ambitious trajectory. The setting is Montreal, which is also the city of Nicole Brossard, whose work is, in the words of the British author Ann Morgan, “rich, ambiguous and fluid.” Siré shares many of these qualities. Brossard may be the more lyrical of the two writers, but both make accommodations to elevate the language of storytelling.

From the collection’s opening lines, the mirror acts as a symbol for introspection and a sign of independence. Several of the stories are narrated by a voice who identifies herself as Cora Siré. She covets a mirrored wall in her parents’ bedroom — a room that the children are forbidden to enter. “I am deep into secrets,” she says, dreaming of finding hidden messages reflected in its surface. 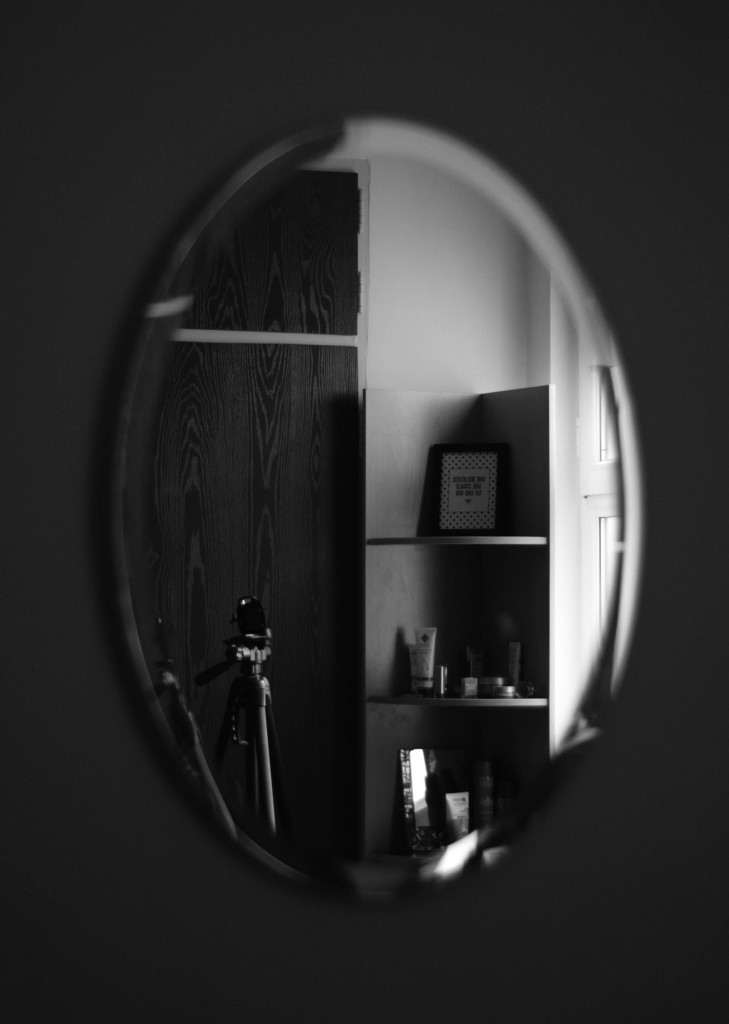 While flipping through old family photos, she sees her father “holding a cat I never met.” Siré gives plenty of visuals that burn themselves onto a sizzle reel — as if she is moving around her family home, adjusting the props and bumping into questions about her origins. There is an underlying tension of unknowing, exacerbated by a comment made by her older brother: “Haven’t you ever wondered why there aren’t any photos of Mama pregnant with you?” The implication doesn’t seem to hold much weight, however, as the narrative swerves to a few days later, when their mother says that she was so big with Cora that the doctor thought she was expecting twins.

Cora recalls the shock of getting her first period, at twelve. It’s a typical coming-of-age scenario that has been depicted a million times, but in Siré’s deft hands the episode brims with empathy and warmth. Hiding out in the bathroom at swim class, she assesses her pain, until she is unable to take it any longer: “I feel as if a razor blade is scraping the insides of my lower abdomen.” When she finally emerges, Cora catches a glimpse of her pale face in the mirror. Back at home, she is surprised by her mother’s encouraging reaction. She is given as much ginger ale as she wants.

In grade 9, Cora’s world opens up on a trip to Europe, where she discovers more of her family history, including how her grandmother granted her husband’s request for a divorce (he had fallen in love with another woman) only on the condition that he leave Estonia forever. This grandmother was also known for driving her 1925 Model‑T Ford through the cobblestone streets of Tallinn “with more speed than warranted.”

Siré is interested in the ways in which we care for family, but also in how much of this concern, despite the memories and keepsakes, is out of formal necessity: the pressure that comes from placing importance on those who may not be as beloved as expected. “There’s a shadow over the question of whether I ever really loved her,” she writes about her fast-driving grandmother. Siré examines such moments of connectivity for their sentimentality. The stories are about accepting the subjectivity of our emotional realities and realizing that how we turn out is a combination of heredity and chance.

On a visit with her mother to Estonia in “Rusalka,” scenes shift between endless sightseeing tours and familial anecdotes: “A few years after we buried my father, Boris Yeltsin climbed onto a tank in Moscow, in August 1991, and convinced the military to defect.” Cora’s mother tells her about the rusalki, female ghosts from Slavic mythology who live in rivers and come out at night to play in meadows, sometimes luring men back to the water and to their deaths. It’s in recollections such as this, where the writing becomes grounded in the tender and the personal, that the characters and their quirks come to life. Siré recalls asking if these ghosts are real. Her mother claims to have heard it from someone who had seen one.

The strength of Fear the Mirror lies in its anti-novel qualities. Family members turn up like ghosts in historical cameos at times, appearing and then disappearing. Sure, readers have been afforded autobiographical works for decades, but with this book’s episodic structure, each story plunges us immediately into the next time jump, where events are new and fresh yet follow along a continual thread.

In “The Mark,” one of the stories that don’t feature Cora, Virgilia (whose relation to the author is not made clear) is a student in Ottawa and a backgammon hustler. When the risks catch up to her and she eventually loses, she closes up shop. The afternoon she spends in a bar gambling with local men is a standout passage for its humour and further questioning on the nature of authenticity. On the other hand, the effort to time-stamp such incidents can feel forced. “Haven’t you heard?” one of Virgilia’s friends announces. “Jimmy Carter got inaugurated yesterday. Today he announced the ­pardons! Draft dodgers can go back home ­without facing arrest.”

The moments that writers seek to share from their own lives take years to distill. Once refined, the recreation of a time and place that no longer exists can result in a song, a painting, a film, or a book — supposedly one of fiction. But what happens when the author teeters on the borders of her work? Fear the Mirror relies on intimate facts that cannot be refuted, at least by readers, which lends the collection the feel of a memoir. However, the poetic language and Siré’s ability to be both illusory and confessional, to switch perspectives and registers, give the stories a stylistic edge most personal accounts lack. While Siré may not suffer from eisoptrophobia, it can’t be ruled out just because the side effects don’t include chronicling one’s own history.

Fear the Mirror is a human reflector. It’s an exhuming of familial investment, a memory-driven collection that intends to tell of united and divided lives. Ultimately, it tells a truth, as remembered, lived, and loved by those alive and those long gone.

Grateful for this deep dive into my latest book. Thank you, Literary Review of Canada and reviewer Nathaniel G. Moore!