There’s a certain ­phenomenon I’ve experienced a lot lately in one-on-one encounters with fellow left-­identified academics. One of us brings up whatever idea or cultural artifact is currently being championed in the zeitgeist and asks, tentatively, “So, what do you think of it?” The other’s shoulders hunch reflexively, eyes darting around the room with a mixture of fear and glee. Dropping their voice to a conspiratorial whisper, they admit, “I don’t think it’s very good.” “Of course, I would never say this publicly,” they continue, proceeding to confess their heresy with the grateful desperation of a penitent courting absolution. “I actually agree with [right-wing pundit] on this one!” or “I find [vaunted trendy intellectual] insufferably self-involved!” or “I think the hype exceeds the prose!”

Why the subterfuge? I’ve experienced a bit of trolling in my time: a man who disagreed with something I wrote emailed me, in essence, to call me a man-­hater. This is the littlest puff of smoke compared with the roiling lava of hate regularly directed at women (and other non-dominant groups) who write on public platforms. But I am far less afraid of these trolls — who are clearly not my people, and whom I take a kind of pride in rattling — than of those people who are ostensibly my people. More than a few whispered conversations have convinced me I’m not the only one. 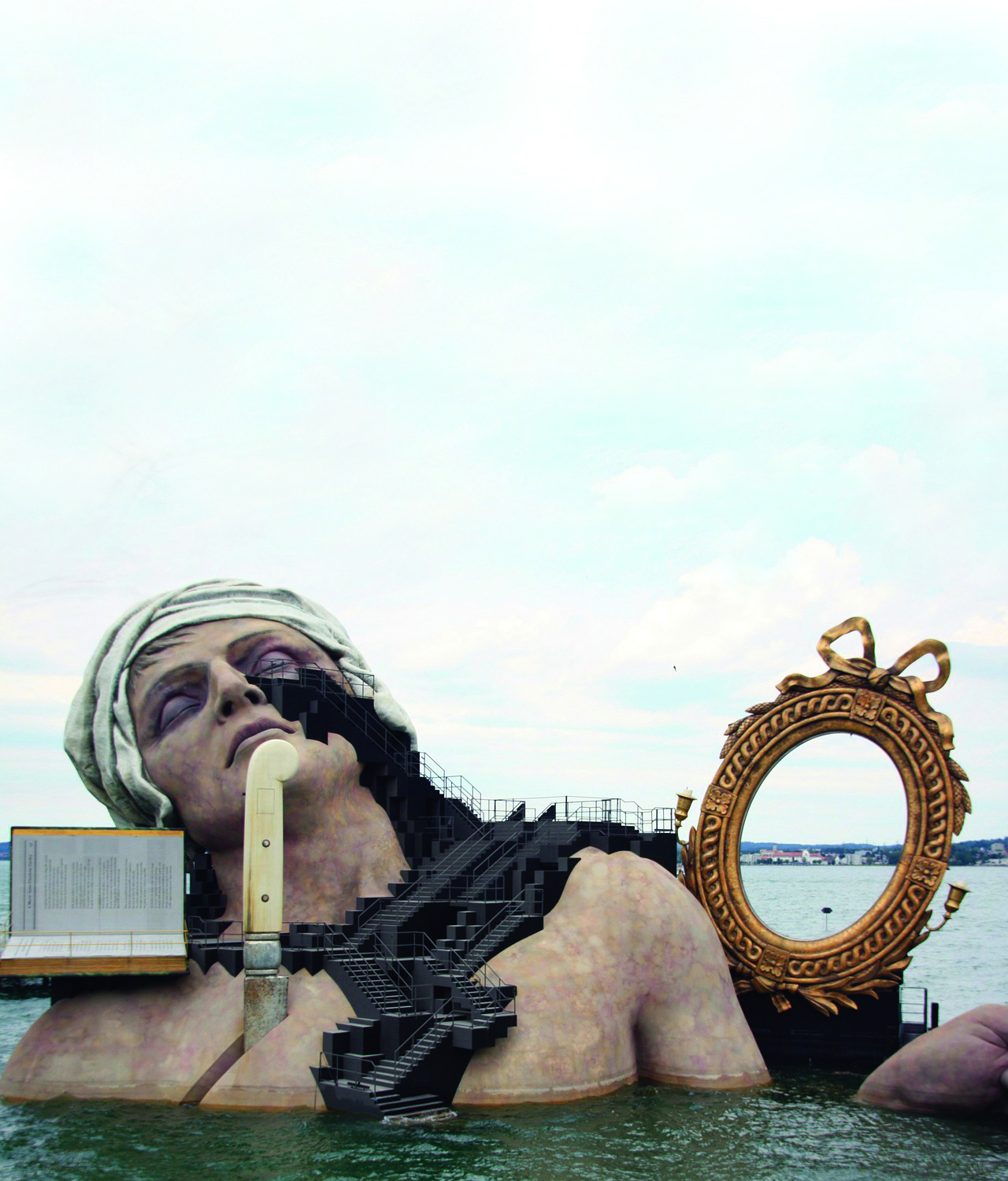 I suspect that a lot of us are pulling punches, nodding in public while privately furrowing our brows. The result is a critical sphere that swings between slavish adulation and righteous outrage, with little space for the nuanced feelings in between. This extremism is fuelled by social media platforms like Twitter, which divide the world into leaders and followers, favour the sound bite over the deep dive, and have a financial stake in keeping us angry-and-­tweeting.

The most radical thing about Trick Mirror, a brilliant collection of essays by the New Yorker writer Jia Tolentino, is its fearless exploration of the grey zone. Tolentino, born in Canada, is a thirty-­year-old woman of colour, so she knows precisely what it means to navigate a world that is largely built by and for white men. Yet, though her politics are resolutely progressive, she is skeptical of the tendency for resistance to slide into groupthink. She understands that no matter how much we flaunt our righteousness, we are all embedded in late capitalist structures that are corrupt and unjust. It’s easier to tweet virtuously than to act virtuously, as those of us who have ordered a package on Amazon, taken an Uber, or bought a sweater at H&M know. In nine essays that use the personal as an opening onto the political, Trick Mirror offers a multifaceted reflection on the obsessions and hypocrisies of our contemporary moment.

Trick Mirror is part of a wave of essay collections by young women. In one sense it’s ironic that Tolentino should have written such a book, given that she first appeared on my radar with a 2017 article entitled “The Personal Essay Boom Is Over.” In that piece, Tolentino traced the rise and fall of the hyper-­confessional online essay, a genre that she argues waxed alongside the demand for highly clickable content and waned when the political situation got dire (“No more lost-­tampon essays . . . in the age of Donald Trump,” she concluded). But as Soraya Roberts has pointed out, female writers of colour like Roxane Gay, Samantha Irby, Durga Chew‑Bose, and now Tolentino are reinventing the personal essay in exciting ways, fusing personal and critical modes, and exploring more overtly politicized terrain.

Trick Mirror’s first essay, “The I in Internet,” registers the author’s ambivalence to the medium that has long been her bread and butter (Tolentino, previously an editor at Jezebel and the Hairpin, writes regularly about digital culture). Here, she performs a kind of Foucauldian archaeology, looking to explain how a once utopic space — where people gathered “in open forums, drawn, like butterflies, to the puddles and blossoms of other people’s curiosity and expertise” — became a “feverish, electric, unlivable hell.” Essentially, she blames the internet’s decline on social media, which took our freedom to express our individuality and warped it into the concept of the personal brand. This solipsistic individualism, she maintains, has polarized our views and cheapened political discourse.

Not all of Tolentino’s arguments are particularly new. Although she doesn’t name-check Marshall McLuhan, her contention that the internet has reshaped society and politics comes directly from his playbook. Critiques of self-as-­commodity abound in popular and academic criticism. Moreover, as she admits at the end of this essay, griping about the ills of new media goes all the way back to Socrates’ fear that writing (that edgy techne!) would corrupt the souls of the youth.

But what feels refreshing and salutary to me is the use of these arguments against seemingly unassailable phenomena like #MeToo. Tolentino puts words to the gnawing uneasiness I’ve felt about the hashtag: that it both levels women’s diverse experiences and elevates narratives of victimization to a place of prominence within contemporary feminism. She is similarly critical of “virtue signalling,” the performative expression of one’s political allegiances. Reclaiming this term from conservatives — who generally use it to attack the left — Tolentino reframes it as a bipartisan practice that can lead people on both ends of the political spectrum to “some truly unhinged behavior.” (“YES!!” I wrote in the margin, recalling a notorious tweet that equated showering with “middle class cis white woman . . . privilege.”)

Tolentino casts her contrarian gaze on a range of issues within mainstream feminism. “Always Be Optimizing” deconstructs the “body acceptance” movement, which is geared toward diversifying our concept of the ideal body. While she admits that, as an Asian American woman, she has benefited from this movement, she also remains suspicious of the persistence of beauty as a cultural ideal. In the same essay, she takes aim at “athleisure” wear, which she argues eroticizes and commodifies the female body. In “The Cult of the Difficult Woman,” she criticizes the mainstream feminist reclamation of formerly scorned celebrities like Britney Spears and Monica Lewinsky. Tolentino posits that idolizing such women merely flips the script, privileging “difficulty” but leaving unchallenged the idea that there are certain ideals to which women should aspire.

Trick Mirror’s strongest essay, “Ecstasy,” details Tolentino’s rejection of the Christian fundamentalism in which she was raised. It is an example — and perhaps an explainer — of the collection’s anti-dogmatic leanings. There are many “leaving-­the-­faith” narratives in the ether, including memoirs like Tara Westover’s Educated and Amber Scorah’s Leaving the Witness and documentaries like One of Us. But where these stories position religion as the oppressor, “Ecstasy” celebrates the pursuit of transcendence, even as Tolentino rejects formal religion as its vehicle. And though she ultimately defects from the faith, she holds onto its values: social justice, morality, self-interrogation. This nuanced approach — rather than the defection itself — is, ironically, the most unorthodox aspect of the essay.

“Ecstasy” is peak Tolentino, showcasing her prosodic and rhetorical virtuosity. The drugs and rap music that supplant her religious fervour are described in lush, glistening prose. Houston rap has “a flossy, up-front, narcotized, ominous sort of bang and sparkle . . . like an Escalade vibrating, like someone pulling up in a car with spinners and rolling down the window really slow.” Drugs make her feel “dazzling, delicate, unlimited.” Through some kind of rhetorical wizardry, Tolentino manages to connect the late great rapper DJ Screw to C. S. Lewis’s Christian apologetic novel The Screwtape Letters, the sum total of which is a beautiful, moving reflection on her own spirituality.

There are many such argumentative flourishes in Trick Mirror, which pivots effortlessly from high theory to lowbrow pop culture. Tolentino is as conversant with Erving Goffman and Donna Haraway as she is with Katniss Everdeen and Bella Swan. One moment she’s deep in the weeds of electoral analysis, and the next she’s standing in front of a mirror, gaping in horror at her Spanx-­clad body.

The essays don’t all hit it out of the park. “Pure Heroines,” for one, tries to cram in too much and loses focus as a result. But even when the argument slides, the writing is always on point. That essay contains one of my favourite lines of the collection, a description of characters like Bella and Katniss: “These girls are as passive and blank as tofu, waiting to take on the pungency of someone else’s life.”

Reading Trick Mirror, I kept thinking about a poem by Steven Heighton, where the speaker fantasizes about moving to a small town to escape “the fakery / and fuckery of culture.” I’ve thought about that line a lot recently, conjuring the sentiment every time some new drama flares up online and I find myself bizarrely incensed by the people whose politics I theoretically share. Trick Mirror gives me hope there’s an alternative to flight (or its digital equivalent: deleting the app). Like Tolentino, I can take a long, hard look at myself, take a deep breath, and then write something new.