Inside the Campaign: Managing Elections in Canada

Roger Stone has a Netflix documentary about him. David Axelrod’s memoir is a New York Times bestseller. While American political operatives have long been the subject of media interest and lore, their Canadian counterparts tend to work in the shadows and live in relative anonymity.

Canadians are due for a thorough and serious look at campaigns and the decision-makers who shape them. With Inside the Campaign: Managing Elections in Canada, the political scientists Alex Marland and Thierry Giasson aim to provide exactly that. Theirs is the latest instalment in UBC Press’s Communication, Strategy, and Politics series, a contribution they boast is the first instance where academics join public-sector practitioners — from political staffers and civil servants to media observers — to help explain the complicated and often secretive world of political campaigning in this country. 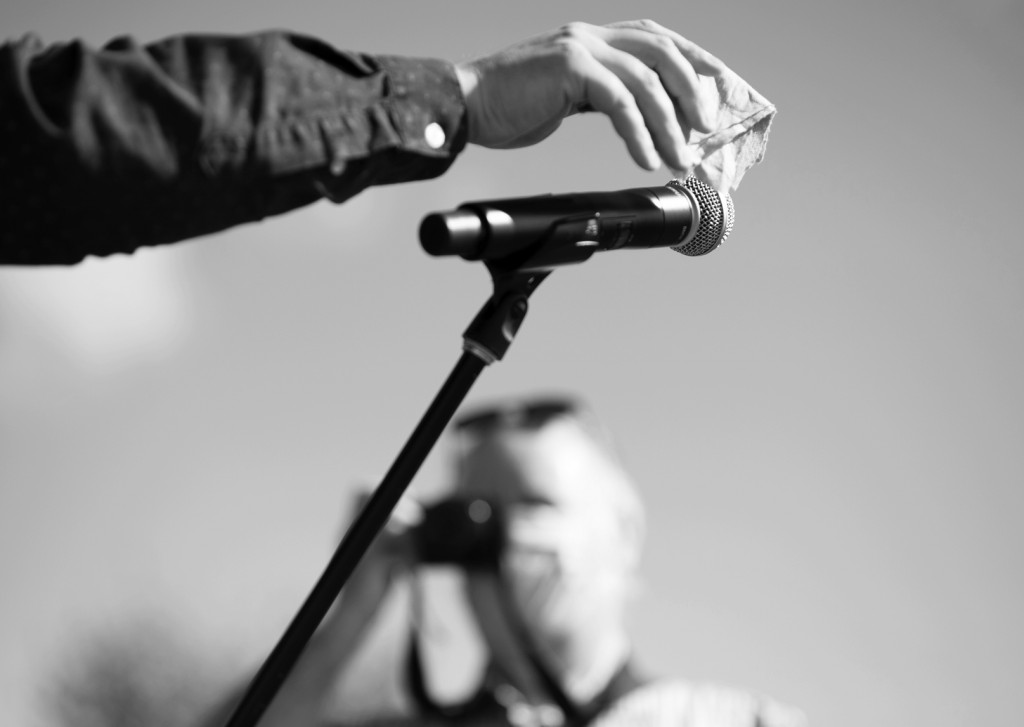 Proroguing the old political playbook.
Image by The Canadian Press

Within seven days of the polls closing in the forty-third federal election, Marland and Giasson had gathered input from over twenty contributors. And while that October 2019 vote serves as the book’s anchor, the resulting insights are not necessarily specific to Canada’s most recent trip to the ballot box. As Marland and the Toronto Star columnist Susan Delacourt write in the introduction, “In some ways, the spectacle is relatively unchanged from the time when John A. Macdonald gave speeches from raised platforms decorated with bunting or when Wilfrid Laurier addressed crowds as he passed through their communities on a whistle-stop tour.” In other ways, of course, our political system must now contend with disrupters that neither Macdonald nor Laurier ever imagined: digitization and the accompanying polarization of the electorate, a rapidly changing media landscape, and the unexpected halt of in-person events over recent months. Political practices that have shaped elections for decades have been overdue for analysis, but now many of them may be on their last legs. The question is whether lessons of Canada’s political past can help us grapple with the present trend lines while we try to forecast a murky future.

Together, Inside the Campaign ’s contributors provide a detailed look at the recurring roles seen during the typical writ period — news editors, national campaign directors, party platform builders, and so forth — as well as roles specific to 2019. The intersection of historical context and personalized experiences gathered here is a key strength, limited only by the willingness of insiders to take part in the drafting process. The chapter “Leaders’ Debate Coordinators,” for example, co-authored by the Leaders’ Debate Commission executive director Michael Cormier and the former CBC producer Brooks DeCillia, provides an illustrative look at the conception, deliberations, challenges, and successes of our first (and possibly last) official debate commission. While anyone who followed last year’s election is familiar with the controversies surrounding the independent agency, such as its inclusion of the leader of the People’s Party of Canada, Maxime Bernier, and its denial of accreditation to fringe media outlets like the Rebel and True North, Cormier and DeCillia paint a refreshingly honest picture of a commission that was both “building the plane while it was in the air” and aspiring to make debates “a more predictable, reliable, and stable element of federal election campaigns.”

Similarly, in “The Independent Candidate,” the former Liberal MP Jane Philpott offers a personal and sobering account of the unique challenges faced by independent candidates trying to fundraise, collect data, and win votes in our party-centric system (her co-author on the chapter is the University of Guelph political scientist Tamara Small). The campaign took a “high-touch” approach that attempted to connect Philpott with every household in the riding through one-on-one conversations. While her independent bid did not yield the outcome she expected, it resulted in an impressive war chest and memorable interactions with thousands of voters, many of whom sent her spirited handwritten notes. “I will be 81 in a couple of weeks and had all but lost hope of seeing any semblance of honour or integrity in government,” one supporter wrote. “Canadians now have living proof that honesty and integrity can be upheld, and a new inspiration will grow.”

“Canadians are due for a thorough and serious look at campaigns.”

First-hand accounts offer instructive glimpses behind the scenes, but several questions about various recent campaign functions remain un­addressed — or are mentioned only peripherally. Did the Conservative Party misjudge its support in the battleground Greater Toronto Area ridings? How did the Liberal Party calculate its response to the explosive reporting about Justin Trudeau’s history of wearing blackface and brownface? How did the various parties respond to the return of Quebec nationalism to mainstream federal politics? Marland and Giasson concede in their editors’ note that several insiders struggled with “engaging in critical perspectives on their work during the campaign period,” and they specifically point to their ­difficulty in securing engaged participation from Liberal partisans. Among the contributing authors, Michael McNair, the former executive director of policy for Prime Minister Trudeau and adviser on Canada’s COVID‑19 response, stands out as the only Liberal with partisan experience; when secrets of the governing party come into play, those who know the most are indeed often the least likely to speak. Despite this limitation, the collection will provide readers with an astute look at the larger political zeitgeist.

Canadians have been inundated with media depictions of electoral goings-on south of the border, where everything about casting a ballot — from whether you can vote, to how you can vote, to where you can vote — is subject to torqued political commentary. By contrast, Marland and Giasson emphasize the role of public institutions in preserving the integrity of Canadian elections and maintaining continuity as political leadership comes and goes with the will of the people. They present the “important but sometimes controversial” role of Elections Canada as a safeguard of our continued stability in a tumultuous period, shaped by the threat of cyberattacks and the rapidly shifting look and feel of third-party activism. And they show how the “caretaker” role of civil servants and political staff, who remain in their positions during the campaign period, helps our system withstand excessive partisan influence. This concept applies even to ministers: “The caretaker convention dictates that, when Parliament is dissolved and there is no confidence chamber to hold them accountable, ministers will exercise restraint. Through such self-restraint, they show respect for democratic accountability.”

On-the-ground experience with public opinion polling, communications, event planning, fundraising, and platform development brings us closer to understanding the roles of campaign practitioners. While individual contributors bring their own insights to the table, the increasing importance of voter targeting, segmentation, and activation emerges as a common thread. André Turcotte and Éric Grenier pronounce that “the key duties of pollsters during an election campaign start with an understanding that party strategists no longer look at the electorate homogeneously but adopt strategic segmentation techniques that allow for policies and communications to be designed for targeted groups.” Fundraisers are more reliant on communicating “a personalized message on a mass scale,” supported by carefully curated supporter databases. Media buys are increasingly selected to reach target voters digitally where the party has its best chances to make gains.

These shifting trends were not unique to Canada’s forty-third election, but the circumstances of 2019 amplified their importance. The forty-second election, for example, in October 2015, was defined by a broad change in sentiment and wedge policy proposals, focused on democratic renewal and middle-class reform, put forward by the Trudeau Liberals. But no such issues dominated 2019, which has been dubbed the Seinfeld election by some operatives — a campaign about nothing. Voters were less divided on policy or ideological grounds, and no party was able to successfully shape the ballot box question. The upshot was a game of inches, aimed at micro-targeting the right segments of voters in the right ridings with the right message. The circumstances were unique, but it seems the emphasis on personalized outreach is here to stay.

Inside the Campaign demonstrates the fluid nature of campaigning in Canada, but the editors and contributors could not have contemplated or addressed the most significant disruption to election campaigns around the world: the pandemic. Frequent references to the physical spaces that shape our politics continually remind the reader how much the ground has shifted: “Canadian election campaigns are run . . . behind closed doors, in offices and war rooms, out on the campaign trail, and from planes, trains, and tour buses.”

Elections are fundamentally about bringing people together, yet recent votes in the COVID‑19 era have required political leadership and administrators in countries like Mongolia, Singapore, and South Korea to throw out the old playbook. As Canadians look to November’s U.S. federal election, or to the provincial elections in New Brunswick and British Columbia, valid questions linger about the successes and failures of bringing people together — politically and physically — in a public health environment that requires them to stay two metres apart.

Joe Biden’s presidential bid certainly made a case, through its fundraising success and steady climb in opinion polls in the summer, that large in-person events may not be necessary for victory and may even be inefficient. Despite a lack of face-to-face gatherings or whistle-stop tours, the former vice-president saw record-breaking donations, with $365 million in August alone, besting Donald Trump’s $210 million and easily eclipsing Barack Obama’s record of $193 million from September 2008. Biden’s selection of Kamala Harris as his running mate inspired a wave of enthusiasm for the Democratic Party and a staggering $26 million in political giving within twenty-four hours of the announcement, even as the candidates were deprived of the pomp and circumstance of a traditional rally. Certain Democrats have even attributed this fundraising efficiency to the current environment, by pointing to the intimacy of Zoom meetings and cost savings from the lack of room rentals and catering. The untested strategy earned Biden the moniker “Joe Hiden” from Trump, but it appeared to be working as of early October. And if the Democrat’s campaign ultimately proves successful in November, we could see virtual fundraising events survive on both sides of the border as a permanent phenomenon.

While elections in the U.S., British Columbia, and New Brunswick give us reference points, the future of our federal politics, from the timing of the next vote to the look and feel of a new “­normal,” are far from certain. Inside the Campaign does more than just articulate the spaces and mechanics of a point in time, though; it helps us understand the social, political, and infrastructural factors that have shaped past elections and, in some cases, can be expected to continue doing so. Readers looking for an unfiltered account of the 2019 campaign may be disappointed, but Marland and Giasson help paint an instructive picture of a country facing all of the tensions of the twenty-first century with stable institutions in place and administrative expertise likely to survive unscathed. Regardless of what the next normal brings us, that position of strength will be worth safeguarding.

Jeff Costen is an associate principal with Navigator Limited, in Toronto.

Thank you for reviewing Inside the Campaign, which covers a subject that Canadians pay too little attention to — and that is a serious threat to our democracy. As a member of the generation who professionalized campaign management, I take my share of the blame for the rot that has infected the heart of our skeletal political parties.

Neither Costen nor the authors give enough attention to the reason why shallow, manipulative targeted political messaging is not quite the cancer in our system that it is in America: money. It costs a great deal to send out hundreds of variations of messaging simultaneously to handfuls of voters. Literally billions of dollars are spent...