NOlympians: Inside the Fight against Capitalist Mega-sport in Los Angeles, Tokyo and Beyond

If things had unfolded as the International Olympic Committee ordained, you could be watching the basketball finals at the Tokyo Olympics instead of reading the Literary Review of Canada right now. But even a Swiss-­based, self-­appointed, ultra-­wealthy, mainly male “non-­profit” sports club that makes billions couldn’t stop the pandemic from shutting down the Summer Games. Who knows about the rescheduled Games, now slotted for late July and early August 2021, or the Beijing Winter Olympics, which would be only six months later? Without an effective vaccine against COVID‑19, how could international broadcasters, the ever-­expanding “Olympic Family” of sponsors and entourages, or fans be expected to show up for either eighteen-day party? More to the point, the athletes, whose brilliant performances constitute the goods that the IOC sells for those broadcast billions, would be no‑shows — at least if the IOC wants to appear like it cares about the athletes’ actual health.

No one, including Jules Boykoff, author of NOlympians: Inside the Fight against Capitalist Mega-sport in Los Angeles, Tokyo and Beyond, could have predicted that a novel coronavirus would take out the well-laid plans of the closest thing sport has to a secretive, self-­serving Vatican conclave. But even without the crisis, there has been a steady implosion of the Olympic Movement for at least a decade, which NOlympians only partially addresses. Using a Marxist lens and relying on interviews with scores of contemporary democratic socialists, Boykoff looks at NOlympics LA, the group agitating against the 2028 Los Angeles Games, and several other anti-Olympic organizations. His book culminates with the first Transnational Anti-Olympics Summit in Tokyo in July 2019, a year before the originally scheduled opening ceremony.

NOlympics LA grew out of a local chapter of the Housing and Homelessness Committee of the Democratic Socialists of America, or DSA, in 2017. As we’ve seen with the likes of Bernie Sanders and Alexandria Ocasio-­Cortez, socialism has had something of a renaissance in the United States, and Boykoff leans on its re-emergence in his treatment of the organization. “By focusing on one spirited DSA campaign in Los Angeles against the 2028 Olympic Games,” he writes in his introduction, “this book pulls back the DSA curtain, affording a robust look at how one of its most innovative and energetic campaigns functions, the strategies and tactics it embraces, the challenges it faces, and the way it negotiates an anti-­capitalist stance in a hyper-­capitalist country.” 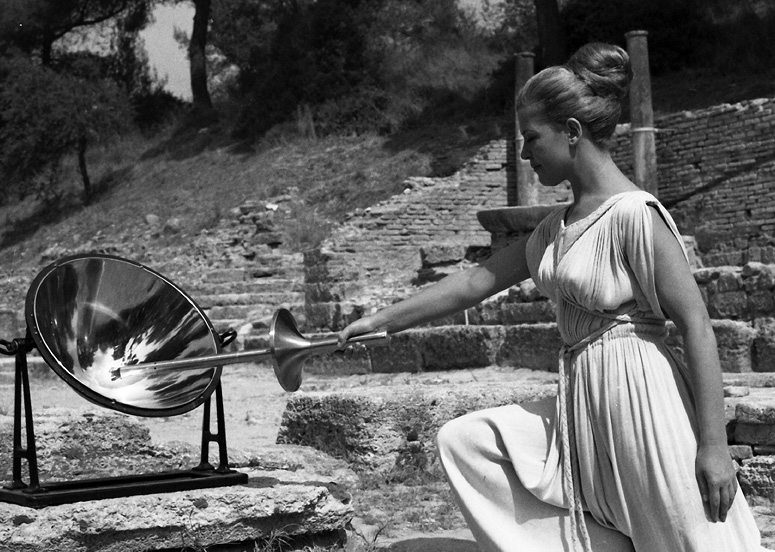 When I read that, I went straight to the DSA’s website, which actually makes no mention whatsoever of NOlympics LA, specifically, or the anti-­Olympic movement, generally. All I found when I typed “NOlympics” into the site’s search field was “Sorry — nothing to display.” Boykoff should have asked the LA chapter why it didn’t get the larger body to fire up a national dialogue on the Games; if the Angelenos did, in fact, ask for help, he should have explained why the DSA’s efforts fell flat. As it stands, I find the connection between the local movement and the Democratic Socialists of America — a ­connection used to market this book — to be disingenuous. This is just one of many troubling blind spots.

In September 2017, Los Angeles received the right to host the 2028 Games — a consolation prize after the IOC awarded 2024 to Paris, the only other city bidding for it. But Boykoff fails to mention that the city in Southern California started its lobbying efforts in 2014, well before NOlympics LA emerged. Where were these folks when the smooth talkers began their shilling? Boykoff doesn’t say. He does tell us many anti-­Olympics activists work in the media. So didn’t they know that timing is everything in this game? NOlympics LA got to the starting line three years late. If this were a race, we’d find DNS — Did Not Start — written by its name.

NOlympics LA, as presented by Boykoff, is fuelled by a lot of goodwill and energy from a lot of good people. I am not criticizing its strategy of using the Games to shine a light on the ways in which the poor can be stepped over and then kicked by a multi-­billion-­dollar militarized spectacle. I just hope no one at NOlympics LA thinks they have a hope in hell of stopping these Games.

NOlympians is published by a Canadian house, Nova Scotia’s Fernwood Books, but the book makes no mention of the recent anti-­Olympics campaign in Calgary. There, opponents to the 2026 Winter Games worked with city councillors who questioned why no level of government would give them straight answers about costs. In November 2018, over 56 percent of Calgarians voted to kill a bid to host the Olympics for a second time. Those who opposed the Games didn’t refer to each other as “comrade,” as is the case with the NOlympics website; they just didn’t want to see their money float down the Bow River into a bottomless whirlpool.

Boykoff tells us how LA’s city council, in August 2017, made a unanimous decision to play host — no referendum was put to the people. He describes the vote as “preordained” and “pre-­cooked.” But if activists had organized sooner, NOlympics LA could have run candidates in the 2016 municipal elections, or could have made the Games an election issue. This goes unsaid.

Boykoff quotes dozens of activists who almost sound to me — a former athlete and journalist who has covered six Olympics and hundreds of sporting events — like blind-­faith boosters. It’s just that they’re on the other team. He wraps up his second chapter, for example, by quoting one who says, “You can’t be a socialist and just believe in it. You have to actually do something to fight to make socialism happen.” Boykoff’s conclusion? “NOlympics activists are doing just that.” In the next chapter, Boykoff quotes another: “There are times when it really matters who wins and this is one of them.” Boykoff’s conclusion? “NOlympics has pressed ahead with determinism and optimism.” If you take the N out, both of his sentences might have been lifted from IOC press releases.

Shortly after the IOC awarded the games in September 2017, some NOlympics LA folks headed to the Los Angeles Memorial Coliseum, which hosted the opening ceremony in 1984 and will do so again in 2028. The activists were there for a professional football game between the Rams and “the team from Washington, DC that features a dictionary-­defined racial slur as its mascot,” and they arrived with a twenty-­five-­foot anti-­Olympics banner, brilliantly smuggled in as a sarong. “NOlympics is a great home for leftists who like sports,” the woman who wore the sarong told Boykoff, and he concludes their actions were “certainly not anti-Rams.”

Wait a minute: The Los Angeles Rams are owned by the real estate mogul Stan Kroenke. In 2018, Sports Illustrated estimated his net worth at $8.3 billion, and the NFL team’s at $3 billion. Kroenke also gave $1 million for Trump’s inauguration. If the IOC is an enemy of the people, why isn’t a billionaire Trump supporter? Again, Boykoff doesn’t explain.

NOlympians offers no critique of the anti-Olympic movement — and it should, if only to make it a more effective book. Boykoff is a former professional soccer player. He is also a political scientist at Pacific University, in Oregon, and he should apply an academic’s rigour to his interviews.

Over twenty years ago, I reviewed a book for the Globe and Mail by the Canadian writer and researcher Varda Burstyn. In The Rites of Men: Manhood, Politics, and the Culture of Sport, she laid out a Marxist analysis of mega-­sports. Like Boykoff, she saw the Olympics and other mega-­sports as the hijacking of public space for private gain. But she also stated the socialist argument that racialized and gendered bodies — of the performing ­athletes — are foundational to the political economy of sport:

However, something extremely important has been left out of [the socialist] account: sport’s relationship to men as an organized gender-class. Sport mounts as spectacle a symbolic representation of the masculinist system and its fundamental principles. Indeed, masculinism must be seen as the primary ideological core of sport and its culture.

The system keeps the patriarchy in place and keeps the masses — who understandably love to watch those brilliant bodies move — silent. Without an athlete’s compliant body, no labour can be commoditized. No show, no TV rights, no capital.

That key component is largely missing from NOlympians. Boykoff briefly writes about the personal financial challenges faced by athletes, but he does not interpret their bodies as a central part of the machine that keeps the political economy of sport so lucrative. Although he considers corruption among the IOC, the criminal convictions within its membership, the way any budget for an Olympics is guaranteed to triple, and the equal guarantee of doping (especially by the Russians), he does not connect the worldwide epidemic of sexual abuse of female athletes, in particular, to the structure that profits from their dreams turned nightmares. What of the smiling pixie on the outside who is ripped apart on the inside (sometimes literally)? The terrified, starved, exploited labourer who brings broadcast billions to the pimps in power?

“The Olympics are experiencing a protracted moment of vulnerability, due to wider public knowledge about the downsides of hosting the Games and dwindling bidder interest,” Boykoff writes at one point. “Yet you wouldn’t know it if you read IOC President Thomas Bach’s 2019 ‘New Year’s Message.’ In his musings on 2018, Bach took credit for forging a peace path on the Korean Peninsula while ignoring the sex-­abuse fiasco that has roiled sports like gymnastics, taekwondo, and swimming.” But “fiasco” is the wrong word for Boykoff to use. Generations of female athletes have been sexually abused, while sport at every level has covered for the perpetrators and punished the athletes. It’s not a fiasco so much as a decades-­long crime that is embedded deeply in the patriarchal structure of organized sport. And even with his self-­described Marxist lens, Boykoff ignores that too.

The IOC talks about the Olympic Family, as if the Games are a giant get-­together for children (athletes), their fathers (coaches), and uncles (corporate sponsors and honorary members). Years ago, in 2001, the British lacrosse player and researcher Celia H. Brackenridge wrote, “The cosiness of the family metaphor backfires when sexual exploitation in sport is uncovered.” When coaches act “in loco parentis” and when so‑called fathers in sport “assume control of the ‘family,’ ” she argued in Spoilsports: Understanding and Preventing Sexual Exploitation in Sport, “their disempowered subordinates” have little room to manoeuvre.

As members of NOlympics LA were being kicked out of that Rams game, Bach attended the Emmys across town, accompanied by the gymnast Nastia Liukin. That’s the same Nastia whose father, Valeri, had to resign as the coordinator of the U.S. women’s gymnastics team in early 2018, after 225 athletes disclosed that Larry Nassar, the team’s doctor under his watch, had sexually abused them for three decades. Boykoff mentions the red carpet with Bach and Liukin, but he misses a perfect segue into the ugly but necessary analysis of labour, ownership, exploitation, human rights, and the Olympic Games. He wrote NOlympians while thousands of courageous girls and young women caused an earthquake by calling out uber-powerful sport institutions. If anyone has ruptured the Olympic myth, surely they have.