Not everything is about guns and battles, of course. There are more and more books on women in war, on nurses, on children, on wartime executions, and on a war’s effect on the environment, to cite only a few areas. While there are also battle studies, they now tend to explore the traumatic impacts of combat and consider how commanders used, or tried to use, psychology to keep their men motivated. With Building the Army’s Backbone, Andrew L. Brown, an intelligence officer who teaches at the Royal Military College in Kingston, Ontario, has found and mastered a completely new area of study.

Canada began the Second World War with a tiny regular army of 455 officers and 3,714 men in the ranks, complemented by a moribund, ill-equipped, ill-trained militia of some 47,000. Within a few years, it had almost 500,000 men and women in uniform, serving in Canada, in Britain, and throughout Europe. To maintain order within those ranks and to fight the Wehrmacht, the army needed 110,600 non-commissioned officers. Some came from the permanent force and others from the militia, but most were civilian volunteers. Brown considers a number of questions about these men who led infantry sections, artillery batteries, and technical trades. Who produced the plans to ­create NCOs, for example? Where did the wartime army find and train them? How did they do their jobs once in the field? 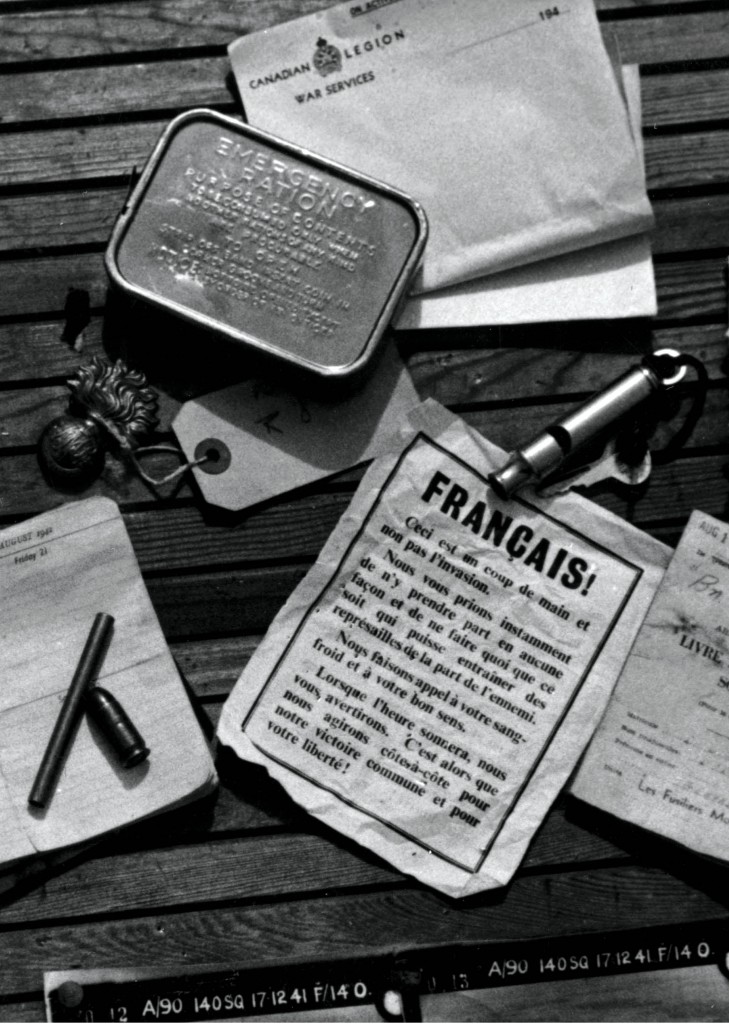 “The term non-commissioned officer ­officially referred to corporals, sergeants, and staff ­sergeants,” Brown writes in his introduction, “and the appointments of lance corporal and lance sergeant.” Sergeants were the heart and guts of the wartime army. They worked with the platoon commander to lead some thirty soldiers in training and action. The sergeant, often more experienced than his lieutenant, subtly — and sometimes not so subtly — taught the junior officer his job at the same time as he directed the corporals who led the platoon’s three sections. Each corporal, with ten men, had the assistance of a lance corporal. In battle, a sergeant might need to take over command if his officer was killed or wounded; similarly, one of the corporals might take over if the sergeant was killed. On many occasions, in Italy, France, and Belgium, lance corporals found themselves leading the remnants of platoons.

Above the platoon was the company sergeant major, who worked with the company commander (ordinarily a major) and supervised the sergeants. And at the heart of the battalion was the regimental sergeant major. This was the disciplinarian, the one who brought ammunition up to the front and acted as the commanding officer’s key adviser on the state of training and morale within the unit. It was a system that had been used for generations, and it worked.

In an army created out of nothing, as Canada’s was in 1939, finding NCOs was a high priority. The senior officers at army headquarters in Ottawa drafted the plans. First, the permanent force’s NCOs were quickly spread out to the newly mobilized militia units; overall, Brown explains, the tiny force produced almost a quarter of the wartime sergeants major. Then militiamen, some with experience in the First World War, trained new recruits, looking for those with leadership potential and sometimes creating lance corporals after only a few days’ drill on the armoury floor. Some veterans went overseas with their units in the early years of the war, but, because of their age, almost all were sent home before seeing action.

Potential NCOs, as well as officers, were also spotted throughout the intake process, based on requisite physical and mental abilities. Brown’s data demonstrates that roughly 60 percent of NCOs had no military experience before their enlistment. Select men were sent on courses to learn specialized skills; they returned to their units with a promotion and the task of teaching their soldiers. Others, their potential ignored by the selection process, won promotion by their performance in action. The Seaforth Highlander Smokey Smith, for example, was promoted and busted repeatedly, until his moment to shine in combat. (After fighting off German tanks in October 1944, during the Italian campaign, Smith received the Victoria Cross, the only Canadian private to do so.)

Building the Army’s Backbone is a fine book that breaks new ground. It is well written and well researched. The Canadian Letters and Images Project, run out of Vancouver Island University, has digitized hundreds of collections of letters that might have enriched the discussion of NCOs. Regrettably, Brown did not consult them.

David Borys is a historian based in Vancouver. Unfortunately, his new book on the First Canadian Army’s role in civil affairs in northwest Europe is neither well written nor well edited. Nonetheless, Civilians at the Sharp End gives attention to a topic that has remained under-examined for three-quarters of a century — one that had genuine importance.

The Allies had learned from the blitzkrieg of May 1940 that fleeing refugees could clog critical roads and impede the defenders’ military movements. So within weeks of D‑Day in June 1944, the army’s civil affairs teams worked to control refugee movements in France, shuttling civilians from the areas being fought over, housing and feeding them behind the lines, and, eventually, sending them home. As the fighting moved on, they removed rubble in the cities and towns, provided food, and cleared the way for Charles de Gaulle’s administrators to assume responsibility.

The situation was different in liberated Belgium, where resistance to the Nazis had been deeply divided by language, religion, and politics. When the government-in-exile returned from London, it showed itself to be weak and inefficient. Both factors caused the Canadians problems. The civil affairs teams had to take control of the supply of coal, for example, when Belgian officials simply proved inadequate. The task of dealing with civilians was also unique, especially at the port of Antwerp. In northern France, it was important to get civilians away from the battles. But in Antwerp, the aim was to keep the dockworkers on the job, even when the city came under prolonged attack from V‑1 flying bombs and V‑2 rockets. Despite heavy casualties, they stayed.

“There were desperate shortages of all the necessities of life.”

When the Canadian advance moved into the Netherlands, the civil affairs role changed once more. The Dutch had been starved by the Germans, while the puppet government had been totally Nazified. There were desperate shortages of all the necessities of life, and the Canadians essentially had to provide food, fuel, and transport and once again move civilians away from the battlefield.

As the First Canadian Army entered Germany in spring 1945, the operation shifted to one of military government. The velvet gloves worn in the liberated nations were replaced, at least initially, by the issuance of orders to the defeated enemy. In addition, there were thousands of surrendered Wehrmacht soldiers and huge numbers of displaced persons who had been brutalized in concentration camps and used as slave labour in industrial plants. The military government also had to search for high-profile Nazis and deal with extensive looting by DPs and Canadian soldiers alike.

Because our soldiers had access to large quantities of cigarettes, free from Canada or inexpensive from military stocks, the black market in occupied Germany was huge — just as it had been in Belgium and Holland. In a memoir that’s part of the Canadian Letters and Images Project, the serviceman Stanley H. Winfield detailed the elements of the trade: 500 cigarettes could get a Leica camera, silk was available for ten cigarettes a metre, and precious stones could be secured for as little as 100 cigarettes. “Our boys,” he wrote in 1945, “are acquiring articles worth hundreds and hundreds of dollars for practically nothing.”

Like Brown, Borys could have made more use of such primary material in his book, though he does quote a 1979 interview with Charles Goodman, a major in the South Saskatchewan Regiment. Goodman recalled that soldiers were often “bartering for liquor and sex” in the Canadian occupation zone. “It was just the question of going and trading what you had for what you wanted.” Frequently, army supplies from blankets to Jeeps were swapped with civilians desperate for cigarettes and other necessities. “I’m going looting (and I do mean looting) like nothing you have ever seen,” another soldier wrote, in a letter read by military censors. “So I’ll see if I can get something to send home.” He likely did. Indeed, valuables ranging from Old Masters to expensive watches ended up in Canada.

Military history may be on life support in many history departments, but it is thriving at the university presses. Not every book is perfect, but the subjects being covered are original, and the results are generally well researched and usually well written. And, increasingly, these books offer military social history. Our understanding of war is much the better for that.