As a political scientist, I love political biographies. Campaign autobiographies, not so much. And, on the surface, Justin Trudeau’s reveals why: cutesy title (Common Ground being the name of every other university café across the country), folksy but uninspiring narrative (whose actual authorship remains unclear) and a cover photo that oozes public relations earnestness (and a whiff of star-power advertising).

Like many other such autobiographies, the point is definitely not the literary contribution or even, I would argue, the actual content. Rather, the point of Common Ground is to get Justin Trudeau in every bookstore window, so that his face and frame become a familiar and legitimate point of reference for voters in the next Canadian general election.

For this reason, there is little here that is news. Trudeau is already a celebrity, and while his detractors may chafe at why this is so—his famous name rather than his personal claim to fame—there is no question that the man and his team understand the surface power this implies. Politics is a family affair for Trudeau, from the legacy of his parents’ all-too-public marriage at 24 Sussex Drive to the constant presence of his photogenic wife and children in his campaigns. And while the personal photos and family memories that make up the lion’s share of this book will certainly feed the celebrity-hungry, the insights they reveal are probably better parsed from a psychological analysis than a political analysis. 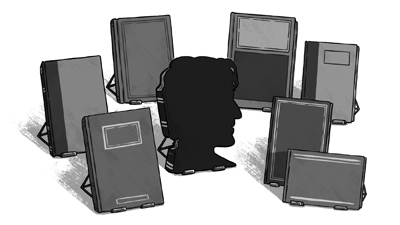 The challenges of Trudeau’s childhood, well known to children of divorce, are compounded here by the burden of his mother’s mental illness and the tragedy of his brother’s death in early adulthood. Added to this is the portrayal of the almost overwhelming persona of his father, Pierre Elliott Trudeau. I saw in the description of his years at Brébeuf (the school my own children attend) a palpable discomfort in that hothouse atmosphere of intellectual, athletic and social competitiveness. His meanderings through British Columbia and into teaching can also be interpreted as a search for a separate self rather than a specific career path. Even his work in Papineau (the multicultural Montreal riding he ended up with after his home turf of Outremont was blocked by Stéphane Dion) has the hallmark of a privileged young man’s attempt to reach out to the less fortunate. Through it all, we get the sense of Trudeau’s yearning to be a bridge, literally, over troubled waters.

But what this tells us in political terms is limited to, well, the desire to find “common ground.” The prologue of the book, reproduced on its back cover, basically says it all: we are bilingual, multicultural, “bound together” by shared values and a Canadian identity. Unfortunately, not only is this barely a realistic depiction (Trudeau may be bilingual, but Canadians are not in the main an officially bilingual people, even though a small minority speak both languages). But this is also hardly enough to reveal an understanding of the political challenges at hand and the sense of direction to lead with. I am reminded of the awkwardness of Gerard Kennedy, Trudeau’s candidate in the 2006 Liberal leadership race, who choked on that simple question of “why do you want to be prime minister?”—the same kind of question that doomed Ted Kennedy in his bid for the presidency of the United States in 1980.

Indeed, as political autobiography, this kind of genre is best known in the American context, as part of the marketing of a presidential candidate, such as Barack Obama’s thoughtful political coming-of-age volume, The Audacity of Hope: Thoughts on Reclaiming the American Dream, penned in 2006. But the real gift of that book was to focus on audacity as well as hope, something that is lacking in Common Ground. In essence, a political autobiography brings added value only if it moves beyond simple generalizations and a timeline of events to bring the reader to an understanding of how those experiences shaped the worldview of the author as a politician. In other words, it is best when it is not a personal chronology of character building but rather a political journey of determination toward specific goals, one that not only describes a candidate’s aspirations, but also reveals the what and why and, more precisely, the how.

For one with a limited political feuille de route, such as Justin Trudeau, this really matters. Obama was in his forties when he became president, not much older than Trudeau is now, but his personal achievements and political record were already well known to supporters and enemies alike. Even Trudeau’s grandfather, Jimmy Sinclair, the British Columbia member of Parliament of the 1950s who shows up in this book as an inspirational “retail politician,” was not just about style but real substance. By the time he was Justin’s age, he was an engineer, a Rhodes scholar and a war veteran, and no one was in any doubt about his powerful influence in Louis St. Laurent’s Cabinet.

The real story that surfaces is the extent to which Trudeau is indeed his father’s son when it comes to Quebec.

The other inspiration Trudeau points to is Wilfrid Laurier, the first francophone prime minister of Canada and arguably the politician responsible for the attempt to build a truly national Liberal party. But the author would have been better advised to spend a bit more time discussing this political hero (two pages) than describing his own boxing heroics (five pages). Although Laurier’s rise to power was based on the tangible defence of French-Catholic rights in the wake of the Riel debacle, his later wobbling on language and schooling issues set the stage for the rise of nationalist movements in Quebec. Laurier’s legacy is thus an uneasy one, since he can be seen as either the forerunner of “pandering” to Quebec or, conversely, as all too often having “sacrificed” the interests of French Canadians. In his lifetime, Laurier was first idolized and then repudiated by Quebec voters, not unlike the fate of Pierre Trudeau; in both cases, it was the perception of having failed to defend francophone rights that sealed their fate.

In fact, the real backstory that surfaces in this book is the extent to which Trudeau is indeed his father’s son when it comes to any political stance that involves Quebec. Having moved from Ottawa to Montreal as a boy, he reveals a certain bewilderment in the company of his francophone peers who live as Quebecers rather than as Canadians. He only seems to get grounded when he begins attending McGill University (not the typical francophone experience), where he forges the friendships that still sustain him. Despite the fact that Stéphane Dion did all he could to keep him from running for office, Trudeau—like Dion—has no truck or trade with any notion of changing Quebec’s constitutional status; there is no common ground to be had, not even the kind of lip service to nationalism that Michael Ignatieff was ready to acknowledge. He waxes positive about the Clarity Act (even though Quebec leaders of every political stripe questioned it) and about his defeat of “separatist” Vivian Barbot (even though the Bloc Québécois MP had managed to win the formerly Liberal riding as a community leader and one of the very few minority women in politics), and he accuses the NDP of playing “footsie” with separatists (even though their sweep of Quebec in 2011 was hardly about sovereignty per se). Through it all, we get a sense of his view of Quebecers’ aspirations as hardly a search for common ground, but rather a line in the sand, traced by Pierre Trudeau. Even the analysis of the party’s lost decade is limited to the sponsorship scandal and factional infighting, without recognizing the long-standing roots of both of these in the singular incapacity of the Liberal party to understand the antipathy of so many francophone voters in Quebec.

It is hardly surprising to note, then, that this book is written for an English-speaking audience, published by HarperCollins, one of Canada’s major publishing houses. The French version, meanwhile, is an imprint of Éditions La Presse, the in-house publishing arm of a Montreal daily. Its title, Terrain d’entente, is a direct translation that does not translate very well, since terrain in French means a specified land with boundaries and thus a terrain d’entente would be at the intersection of distinct interests, not necessarily a blurred understanding or sharing of them. Quebecers who embrace that understanding—mainly voters on the island of Montreal, in the Outaouais and parts of the Eastern Townships—may be inclined to give back to Trudeau’s party the strongholds that were lost in the last election. But the reconquest of Quebec—that elusive hope that the mainly francophone electorate that abandoned the Liberal party after the 1980 referendum and the 1982 constitution, to vote Progressive Conservative, Bloc Québécois and more recently NDP—is less certain. That most Quebecers are not enamoured of Prime Minister Stephen Harper is no secret; that in the main they harbour a real connection to Justin Trudeau is not so clear.

As such, there is no unique message for Quebecers in either the book or the vague themes it promotes about Canadian values. Justin Trudeau’s star power may shine forth from the cover of Common Ground in bookstore windows from St. John’s to Prince Rupert, but will likely remain on the back shelves in St. Hyacinthe and Rimouski. When I searched for the French translation in the iconic Quebec City bookstore Pantoute (Québécois for “not at all”), I could not find it at all, until a clerk pointed me toward the politics section, where Trudeau’s face was squeezed between a dozen books on his father and dozens more on better known modern political figures in Quebec.

In the end, Trudeau the candidate comes across in this book much as he is in real life: a charming, not altogether unsympathetic politician, and an empathetic son, brother, husband and father. He may not be a political heavyweight in the contrasting styles of his grandfather Jimmy or father Pierre, but Justin shows here the winsome authenticity that attracts so many to his persona. It is this personal authenticity that belies any negative knee-jerk reaction from the critics who claim he is a PR invention. Still, this campaign autobiography—abuzz with slogans but lacking in clear focus and articulate details—gives us no genuine roadmap as to where this new Liberal leader who purports to speak for Canadians is willing and able to take us. If this book does a good job of showing us the stuff Justin Trudeau is made of, it does not altogether answer the question of whether this is the stuff of a future prime minister of Canada.

Antonia Maioni is a professor of political science at McGill University where she is cross-appointed to the Institute for Health and Social Policy.

Laurier’s poorest Quebec showings came in his first campaign, when he was up against Sir John A. Macdonald, and in 1911, when...