The Reality Bubble: Blind Spots, Hidden Truths, and the Dangerous Illusions That Shape Our World

At the beginning of every apocalyptic thriller, there’s a scene where the hero is getting ready for work, feeding the kids breakfast, cleaning up after a dog that has barfed in the living room, and generally dealing with the million minor stresses of everyday life.

Meanwhile, on the TV or radio in the background, the news cycles through the usual mundanities of petty crime and traffic and weather, except that thrown into the mix there are a handful of Easter eggs: Warnings of nuclear sabre-­rattling by jumped-­up third-world dictators. Reports of bizarre weather patterns in Europe. A weird viral outbreak on a cruise ship in Alaska. A quirky couple from the Midwest who swear they saw an alien spacecraft collecting samples in the field behind their house. 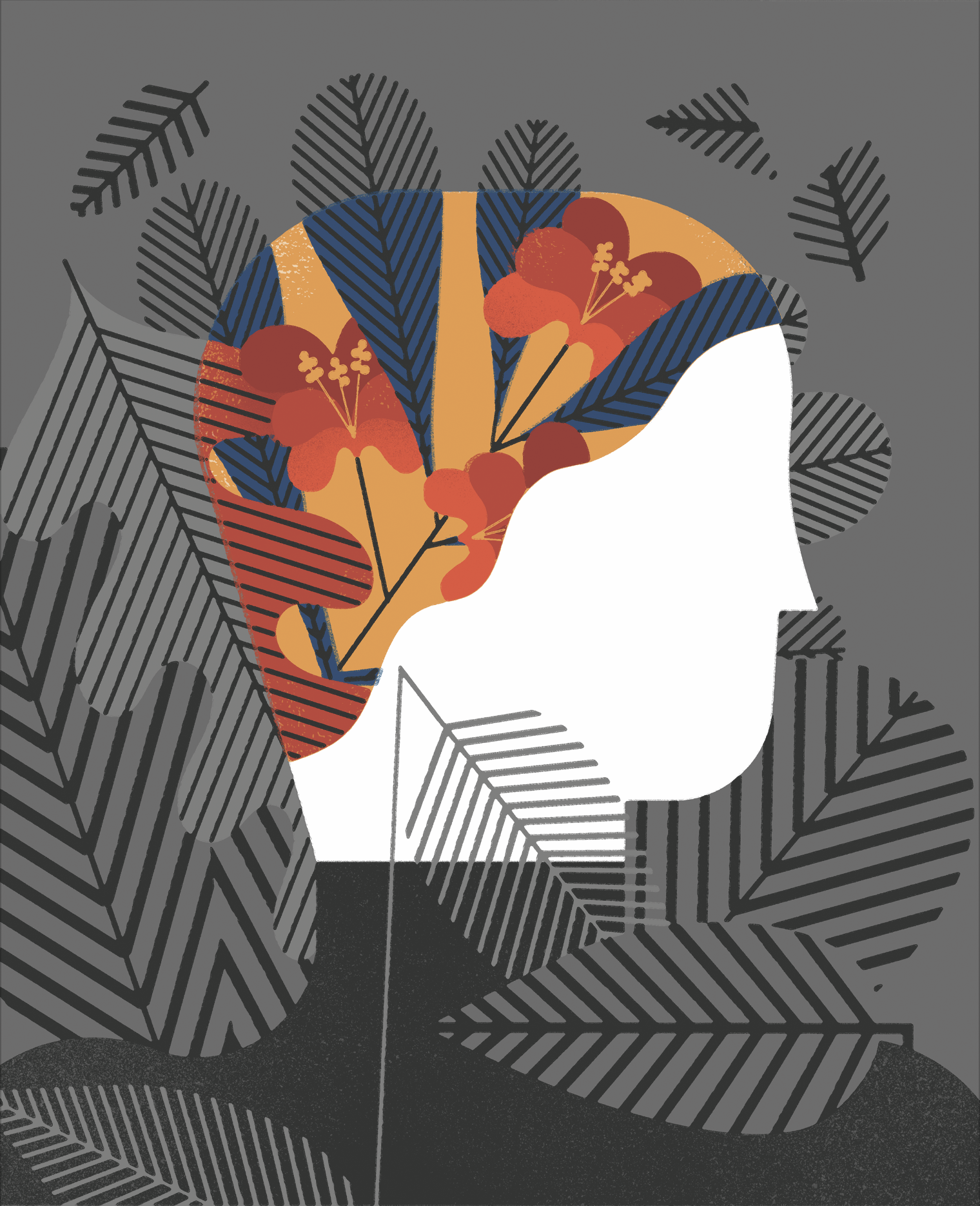 Ziya Tong wants to strip away our reality bubble and show us how things really are.
Image by Karsten Petrat

The point is to foreshadow the coming crisis that will drive the larger plot, while introducing viewers to the protagonists, with whom we are supposed to empathize. But these movies always have another key character: the lone scientist or researcher who suspects what is really going on, but who is dismissed by everyone as crazy or paranoid or conspiracy minded. His or her function is both to flatter the viewer (we know what’s coming) and to warn us of patterns out there — in nature, in human affairs, in the cosmos — that we are all too busy to notice. Our indifference, the lone visionary reminds us, is leading us straight to our doom.

Ziya Tong, an award-­winning broadcaster and the former anchor of Discovery Channel’s Daily Planet, is that lone researcher. At times, her new book reads like one long opening montage from an apocalyptic thriller, complete with tales of environmental degradation, food supply horror stories, and dystopian warnings of technological surveillance as she desperately tries to get us to connect the dots.

Tong’s writing falls squarely in a tradition that stretches back to Rachel Carson’s Silent Spring and The Population Bomb by Paul and Anne Ehrlich and includes more recent books by the likes of George Monbiot, Naomi Klein, and Shoshana Zuboff. The world is on a path to destruction, this tradition holds, and human activities are the cause. Unless we wake up and change our ways, life as we know it will come to an end.

Why are we so hell-bent on destroying civilization? Why do we seem unable to do anything about it? A standard response is to chalk it up to some version of the countercultural myth: we are embedded in the System, which puts ownership, acquisitiveness, and consumption at the heart of human happiness. The System is all-­encompassing, and as a result we’re caught in the grip of a totalizing ideology, a collective hallucination that prevents us from seeing the truth of our predicament.

It’s a well-trod explanatory motif that finds its clearest expression in the movie The Matrix. And just as nothing any of the characters do inside the Matrix can change anything in the real world, nothing you do within the System can affect its workings. To change the world, you first need to free yourself of your illusions. And so, like Morpheus handing Neo the red pill, Tong’s mission is to strip away the constructed comforts of the reality bubble and to show us how things really are.

Early on, Tong name-checks The Matrix as an inspiration for her argument, but she skips the usual jam-the-­culture rants against consumerism that usually bedevil these things. Her instrument of choice is the hard language of science, and she argues we’re not simply brainwashed by capitalism. Instead, we have a hard time seeing what is going on thanks to a number of mutually reinforcing biological and cultural blind spots that work to keep the truth of the matter hidden from us. The result is that we live in a Matrix-­like condition, which she calls the “reality bubble.” This construct enables us to hold fast to two contradictory world views: On the one hand, humans think we’re special, because we hold a unique place in the scheme of things that gives us a privileged position from which to observe, judge, and understand the universe. On the other hand, we manage to remain largely ignorant of our impact on the planet, imagining that we’re just another species trying to make ends meet.

The Reality Bubble works in three stages, each focusing on a different class of blind spot. Part one looks at the built-in features of our perceptual apparatus that fool us into thinking we see the world as it really is. Part two focuses on the infrastructure of civilization and how many of its operations and effects are kept deliberately opaque. The final section is an exploration of the civilizational blind spots that have become the water in which we swim — the carving up of space and time in ways that are designed, more than anything, to enable surveillance, control, and exploitation.

Part one argues that our senses give us a limited and therefore highly distorted picture of reality. We believe that we are the centre of the universe, but solid and separate from it. Of course, as science shows us, none of this is true; reality is both infinitely larger and infinitesimally smaller than we can imagine. We are tiny ephemeral creatures made of elements forged billions of years ago in the cores of long-dead stars, but also “microscopic giants” carrying 2,500 distinct species of bacteria in our belly buttons.

It’s a nice bit of science writing, but Tong’s tremendous shifts in perspective can be genuinely jarring. Still, it’s mostly just a good warm‑up before she gets to the jaw-­dropping parts of her book. As she frames it, there are cameras everywhere now, “except where our food comes from, where our energy comes from, and where our waste goes.”

Basically, all readers should come away with at least one fact or anecdote that genuinely freaks them out. For instance, did you know that over half the nitrogen in your body was made by humans, through the Haber–Bosch process? That there are 181,000 kilograms of human trash on the moon? That almost every vertebrate on the planet is either a human or a farm animal, with only 3 percent of the vertebrate biomass consisting of animals living in the wild?

The picture that emerges is of a despoiled earth, nature emptied out, with humans on the verge of being buried under mountains of their own garbage, as in dystopian comedies of the WALL‑E or Idiocracy variety. Meanwhile, the planet continues to heat up as we spend our energy fighting. “But that’s the grand irony,” Tong points out in a nice turn of phrase. “Countries will go to war to decide who owns the hydrocarbons and then countries gather to decide who does not own the carbon dioxide.”

After all this, the third section, about time and space, is a bit of a letdown. It’s the longest part of the book, and in many ways the least original. The content will be especially familiar to readers acquainted with such popular science writing as Dava Sobel’s Longitude: The True Story of a Lone Genius Who Solved the Greatest Scientific Problem of His Time and Time Lord, Clark Blaise’s 2000 book about the Canadian-­Scot Sandford Fleming and the creation of time zones. But it doesn’t really matter. By this point Tong’s work is largely done: she has burst the reality bubble, and any reasonably sympathetic reader will be more or less terrified.

The question is, What do we do now? Like many books of the sort, The Reality Bubble is heavy on diagnosis and rather short on prescription. The brief concluding chapter does not offer much in the way of positive changes we can make, and there’s nothing that one might see as an explicit policy suggestion or a program for better habits and behaviours.

In the meantime, the bad news keeps piling up like garbage in an exhausted landfill. The oceans are running out of fish, the earth is running out of helium, and we are quickly running out of effective antibiotics. And that’s before we’ve even considered the recent report from the United Nations that says somewhere around one million species are being pushed to the verge of extinction.

In her heart, Ziya Tong is a science journalist, and she has a science journalist’s faith in knowledge as the fundamental driver of progress and enlightenment. What she is trying to accomplish, she confesses toward the end, is a true apocalypse, quite literally a revelation, unveiling a “dawning of clarity” that allows humanity to “rub the sleep out of its eyes.” The question this leaves hanging is whether seeing the world as it really is will be enough to motivate humans to change their ways. And if it isn’t, what does that say about our ­species?

Andrew Potter wrote The Authenticity Hoax and, with Joseph Heath, The Rebel Sell.