Poet Priscila Uppal shares dispatches and poems from the Olympics and Paralympics.

When the Olympics came to Vancouver in 2010, Priscila Uppal shared poems and other writings that she developed as an LRC correspondent and poet-in-residence for the athlete charity, Canadian Athletes Now (CANFund). Later, these poems were collected and published in a book called, Winter Sport: Poems, with royalties donated to CANfund.

Following up on her successful 2010 LRC Winter Games blog, Priscila Uppal will again be sharing with readers her poems and observations about the crossroads of sport and culture, direct from the 2012 London Olympic and Paralympic Games—work to be created while serving once again as Canadian Athletes Now poet-in-residence. She will also produce a companion book entitled, Summer Sport: Poems.

Join Uppal at Poet’s Corner as she polevaults and pummel horses around Trafalgar Square and Hyde Park, bringing you cultural coverage of all the action, including regular poems and sports art posts, from July 27th to August 13th and August 29th to September 9th.

Priscila Uppal is a poet, short story writer, novelist and professor of humanities and English at York University. Her latest book of poetry, Ontological Necessities, was shortlisted for the 2007 Griffin Prize. Her work has been translated into several languages. 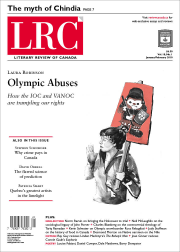