The Sisters of Sinai: How Two Lady Adventurers Discovered the Hidden Gospels

Whether writing fact or fiction, one of the things the Victorians of the British Isles did well was to tell ripping yarns. Consider all those heroines wandering through drawing rooms, across moors and mountains (often in the same clothes), looking for their version of Mr. Darcy; or the travellers’ records (if such they were) that ranged from darkest Ireland (Mrs. S.C. Hall) to driest Africa (the Khartoum journals of “Chinese” Gordon); or the biographies that read like fiction (Lord John Russell’s eight-volume edition of the journals and correspondence of Thomas Moore); or Benjamin Disraeli’s novels that were as accurate as Hansard and a lot more entertaining. The best collections of ripping yarns claimed either to be factual or fictional, but in fact were both. (Incidentally, this mendacious dichotomy still binds the modern bookselling industry into keeping fiction and non-fiction volumes on separate shelves in an apparent effort to keep them from cross-pollinating.) The ultimate example of the hermaphroditic nature of the Victorian yarn came three decades after the Old Queen died. This took the form first of Evelyn Waugh’s supposedly non-fiction journalistic pilgrimage to Addis Ababa to witness the coronation of Ras Tafari (often known as Haile Selassie) and then, second, of a literary-noir novel. The former, published as Remote People in 1931 and the latter, Black Mischief in 1932, took the British ripping yarn genre as far as it could go: each of the volumes is about as accurate as the other, if in different ways; each is insanely funny in parts; and each embodies a racialism that only a sense of high imperialism could license as if it were nothing more than part of a gentleman’s or lady’s travelling kit.

Janet Soskice, originally from British Columbia and now an academic at Jesus College, Cambridge, has produced a terrific read in the Victorian tradition, although blessedly lacking in some of the less attractive aspects of the Victorian outlook. The story she tells in her new book, The Sisters of Sinai: How Two Lady Adventurers Discovered the Hidden Gospels, involves most of the structural elements of the classic Victorian yarn. One: Her heroines, Agnes and Margaret Smith, shared a very improbable entry into the world. They were twins, born one hour apart in 1843 in Irvine, Scotland, the only children of a mother who died of complications stemming from childbirth. Their 40-year-old father was a solicitor who had become fabulously wealthy through a series of family deaths that were as unlikely as owning the winner of the Grand National and much more rewarding financially. Then—two—our heroines underwent an unusual childhood. Their father raised them himself and provided all the schooling boys of their time and class would have had, and more: if they wanted to visit a cross-channel land, he took them, provided they first mastered the relevant national language. Thus, at an early age the twins were fluent in German, French, Spanish and Italian. For a time, the girls had to put up with an attempt to turn them into London Ladies (their regional Scottish accent clung to them like wet tweeds all of their lives), but that did not last long, for—three—they were granted freedom to adventure. In 1866 their father died, leaving them each a well-protected future (allegedly, on the curious condition that they never live apart from each other). And so, once they were out of mourning, they decided to go up the Nile. That was no small adventure for two women in long skirts. They learned to cope with a thieving dragoman, with feckless natives and with health-threatening foods. They were protected in theory by a lady chaperone, but in fact by the armour of their lifelong Presbyterianism. For them, this was as unbroachable as was the imperialistic hauteur of the great Victorian explorers and generals, only less racist in tone.

Their earlier experiences with organizing camel trains, dragomen, provisions and diplomatic cover came into full use.

Now, almost all ripping yarns are about an Arthurian Quest, whether of the heart or of the sword, and in Janet Soskice’s narrative, that certainly had to follow. But, first—four—the requisite impediment intervened. Upon returning home from the Nile, the two young women passed the time studying Hebrew, Arabic, old Syriac, and ancient and modern Greek and keeping serviceable their earlier knowledge of European languages. They were very rich and so were very marriageable and eventually each made a serious alliance: Margaret to a famous Scottish minister of valetudinarian disposition and wide erudition, Agnes to the keeper of manuscripts at Corpus Christi College, Cambridge, a fire-cracker of a mind. Good marriages, but they stood in the way of the story. So—five—we find that after three years of marriage in each case, the husband dies. After suitable periods in black, the sisters, now in their forties, are finally free for the Quest.

And it is a beauty. This was the moment in the late Victorian era when the search for Jewish and Christian historical origins was focused on discovering the earliest manuscripts of the two faiths. The Smith sisters—it is appropriate to use their maiden name—learned in Cambridge scholarly circles of the find of a fourth-century Greek manuscript held in St. Catherine’s, a Greek Orthodox monastery at the foot of one of the various mountains in the Sinai, said to be where Yahweh gave Moses the Ten Commandments and other valuable advice. Portions of this text, known as the Codex Sinaiticus, were lifted by the kleptomaniacal Constantin von Tischendorf in 1859. (Here note another convention of the Victorian ripping yarn: an oily foreigner, one of high cunning and low ethics, is allowed onstage, and then is either undone or outdone.) But most of the text remained in the desert monastery and this manuscript was potentially the fullest and earliest piece of evidence for early Judaism and early Christianity that had yet been discovered. In the actual event, it was everything anyone could hope for: most of the Tanakh (the “Old Testament”), most of the New Testament and portions of the Apocrypha, a massive undertaking that is estimated to have required 360 goat skins as its scribal canvas.

As adventurers, Agnes and Margaret Smith were no day trippers. They worked with the best Cambridge biblical scholars to polish their technical and linguistic skills and then learned the emerging skill of photography so that they could honourably bring back evidence of their finds but—unlike the oily foreigner, von Tischendorf—without having to thieve it. Their earlier experiences with organizing camel trains, dragomen, provisions and diplomatic cover in strange lands came into full use. They obtained the permission of His Beatitude Archbishop Porphyrios to journey to St. Catherine’s Monastery and to examine its treasures, always assuming they could charm the isolated monks who were not known to be vulnerable to female chatter. But charm they did, by being respectful, immensely serious and, in some matters, more learned than was the keeper of the mostly secret cache of manuscripts. In the winter of 1892, they took almost 1,000 nitrate photo images, and enough of them survived to convince any doubting European scholar that a real and massive Judeo-Christian treasure had been precisely located. Not the Holy Grail, but as close a substitute as had yet been found.

Despite the title, no big-deal “hidden gospels” were discovered in 1892.

The sisters made a further trip to St. Catherine’s in the company of English scholars who tried to steal credit for the find, and therefore the women produced angry books defending the priority of their own work. In the later 1890s, they started buying up pieces slit out of larger manuscripts that they found in Cairo antiquities dealers’ lockboxes. And this led to their immense contribution to Jewish studies. Being technically adept, they recognized that some of the items they found were part of a previously unknown late-medieval Jewish stash. They turned to the Jewish polymath Solomon Schechter, who, armed with a letter from the Chief Rabbi of London, was able to uncover the amazing Cairo Genizah. This trove of heterogeneous material from the middle Rabbinic age of Judaism, mostly 1200–1500 CE, is unmatched anywhere, both in size and in physical condition. It is one of the world’s largest jigsaw puzzles and at Cambridge University it still is very, very slowly being pieced together.

In the long run, the discovery of the Cairo Genizah will probably be found to be more historically important than that of the Mount Catherine codex, for much of the Jewish material is entirely new and the Christian finds mostly confirmatory. Despite the title of Soskice’s book, no big-deal “hidden gospels” were discovered in 1892. Those came much later, in the second half of the 20th century. The rabbinical material was what truly counted, but what real Victorian yarn was ever aimed at a Jewish audience?

That brings us back to Janice Soskice’s stance as the author of a truly ripping Victorian yarn. She writes admirably: short little chapters and a pitch-perfect sense of place and domestic and physical detail. And, true to the genre, she is resolutely unimaginative as far as tantalizing side issues are concerned. Few present-day biographers would have failed to comment on a pair of twins who, having spent their lives as a single unit, conveniently lose their husbands and then spend the rest of their adventurous lives sleeping in the same bed whenever possible—with a string down the centre to prevent territorial disputes.

As far as the manuscript material is concerned, the author is competent, as she should be, being a professor of philosophical theology at Cambridge. As for biographical matters, the new material employed would have made a good master’s thesis, but not much more. The real spine of the book is a restatement of items, now long out of print, written by the two sisters, but published under the name of Agnes, the elder (by one hour) and more authoritative of the twins. So, without seeming to realize the fact (or else she is a very cunning writer indeed), Janice Soskice has imagined herself into the minds of two remarkable women and has written their side of a very complex set of transactions—ones whose meanings well may have been rather different from what either they or Soskice recognized. Nothing wrong with that: did we expect Mungo Park’s archetypal Travels (1799) to be anything but self-inflating? Of course not. So, appreciate this piece of excellent faux Victoriana for what it is—a morally improving narrative, and a really good read that is well worth the price. 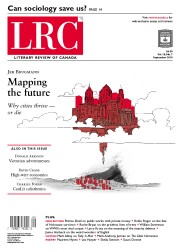