“The years 2006 to 2009 were not pleasant for the Liberal Party of Canada,” writes political scientist Royce Koop. Had he only known how much worse it was to get by 2011 … But solving Liberal electoral woes is not the purpose of his new book, Grassroots Liberals: Organizing for Local and National Politics. Instead he aims to fill a gap in our understanding of how grassroots activism plays out in the Liberal Party. Why the focus on Liberals? Because of past organizational effectiveness, with the party having won over half of the 40 federal elections since Confederation, and more than two thirds since the extension of the franchise in 1918.

“One might think that political scientists would be intent on understanding the type of organization that the Liberal Party has evolved to attain such a record of electoral success,” Koop observes. Paradoxically up to the present there has been more academic attention paid to party organization within the NDP and several minor parties. It is an imbalance Grassroots Liberals seeks to redress.

Koop describes how the national Liberal Party reformed during the 1950s and ’60s away from connection and dependence on the provincial organizations to create a more pan-Canadian party less beholden to the vagaries (and, often, lack of success) of provincial Liberals. Koop’s study shows that local party engagement at the federal and provincial levels has remained highly integrated in some constituencies, with many on-the-ground activists still identifying themselves as Liberal both federally and provincially. In others, however, the connection between the two levels is often tenuous at best, and sometimes even at odds with activists working for different parties federally and provincially. Partly, says Koop, this relates to the broader provincial context: “provincial Liberal cousins in 2006 were seemingly unsympathetic to the national party (Ontario), suspiciously close to the national Conservatives (British Columbia), or, as in Saskatchewan, dead.” 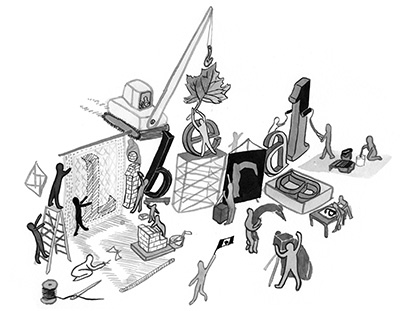 Although he might have altered some contextual assumptions had he seen the disastrous results for the Liberal Party in 2011 prior to publication, I do not believe that his analysis would have changed.

Koop has extensively analyzed constituency-level political engagement: the varied roles of individual grassroots activists, constituency associations, women’s clubs, campaigns, members of Parliament, members of legislative assemblies or provincial parliaments, and candidates, and the roles of individuals’ reactions to specific national party policies versus often differing provincial ones. To facilitate in-depth analysis, he has constrained himself to a few ridings in only three provinces, Ontario, New Brunswick and British Columbia. Such self-imposed limits might make sense from a purely methodological perspective, but they limit the practical utility of his conclusions. Canada and the Liberal Party within it are simply far more complex. A limited survey such as this makes drawing any national conclusions difficult. And with such interesting federal-provincial politics in provinces such as Quebec and Saskatchewan—and in the case of Quebec with such major implications for overall power at the federal level—the lack of any examination of these jurisdictions leaves a rather large hole.

People who brand themselves Liberal in one region, or even in one riding, do not necessarily share the same values as Liberals elsewhere.

As a reviewer, I enjoyed the book from three different perspectives of my own: as a former MP who participated in the transition and resurgence of a long-established riding association; as former chair of outreach for the Liberal Party for four months in 2007, crossing the country and engaging in conversations about the future of the Liberal Party and of the country; and as a former candidate for the leadership of the Liberal Party, having spent ten months in 2006 travelling across Canada on a bus, participating in countless discussions and activities with Liberals at the local level.

As a former MP, I have to say I smiled a number of times in recognition of the author’s descriptions of why individuals engage or do not engage, or at only one or the other of the federal or provincial levels, or only at particular times—they ring completely true. One Ontario activist interviewed by Koop observes that when it comes to “the provincial Liberals, I’m comfortable with their platform and their program and what they’re trying to do. Federally, I just don’t feel like they have any platform or anything. There’s nothing there to support as far as I’m concerned.” Another notes about his divided loyalties, “I find that in Ontario, to be a provincial Conservative and a federal Liberal makes you a lot of enemies.” Not so for one activist in British Columbia. “[National politics] is just not talked about. A lot of time with the BC Liberals, that’s the case. And that’s why it’s sometimes very easy for federal Liberals and Conservatives to get involved. It’s kind of a general rule that provincially we’re all friends. We don’t talk about our federal affiliations.” But it is a New Brunswick activist Koop interviews who takes the prize for frankly expressed shiftable loyalties: “My friend, who is now my business partner, was thinking of coming to New Brunswick. He grew up here … I said, ‘if you’re going to come back, one of us should be a Liberal, and one of us should be a Tory … I am currently going down this [Liberal] road, and you should look at the Tory side.’ And he said, ‘Fine, I have no problem with that.’” The interviewee then mentions that this strategy was successful. His partner took on a major role in helping re-elect a Conservative Cabinet minister, and their company soon received a “a major plum” from the Tory provincial government.

As chair of outreach for the Liberal Party in 2007, I also concur in the realization that people who brand themselves Liberal in one region, or even in one riding, do not necessarily share the same values as Liberals elsewhere—or from the provincial to federal level. Indeed, I have been struck by how many people across the country call themselves Liberal, and even work for the cause, but who, when they sit down with each other, might disagree significantly on what Liberal actually means. (That this in itself may be a fundamental cause of the federal Liberal Party’s recent setbacks is for another discussion.)

As a former leadership candidate, however, I had the opportunity to learn a lot about how the system works, and I feel obliged to challenge some of Koop’s assumptions. One of them is that grassroots activists are involved, perhaps seeking different individual benefits, but ultimately for the success of the Liberal Party. Unfortunately, for at least a decade, much of what has driven riding association activities at the federal level has been leadership contests—key forces behind membership drives and the elections of riding association executives. This is a topic conspicuously underplayed in Koop’s analysis. Indeed, the unprecedented drive to solicit members and gain control of riding association executives across the country in the years up to Paul Martin’s 2003 election coloured virtually all riding-level activity. In many cases, rather than activists working for their view of Liberalism or to benefit the Liberal Party, more often than not activists were pitted against other activists, or long-term activists were shunned. Many “real” grassroots Liberals turned away—many have not returned. Almost without a pause, the same thing happened in 2006, although it was spread around with more leadership candidate campaigns doing organizing and selling membership. Many inactive ridings became active only for leadership, only to die off again afterward. And while the party has now moved to a one-member/one-vote system for electing the next leader, no longer relying on a “delegated” convention, and has removed much of the association executive-level control over membership, it is too early to predict exactly how this change will affect riding-level organizations and activism.

I also feel obliged, particularly as a woman, to question another of the author’s assumptions: the role of the women’s clubs and women’s associations. In his discussion of constituency associations Koop lays out in detail the work of “local auxiliary units,” many of which are women’s clubs. He describes well how these clubs and their members interact with the broader riding associations. But he has accepted at face value the publicly stated purpose that they exist to help women in the process and to encourage and support women candidates. Unfortunately, the underlying political realities are not so simple, and many women in women’s clubs are not necessarily supportive of other women at all. As only one example: in the 2006 leadership campaign, of the original eleven candidates, there were three women (Carolyn Bennett, Hedy Fry and me)—a record. Yet of the more than 80 women’s clubs established across the country, only three (!) supported a woman candidate. All of the others either were formed for the purpose of, or had already decided to, support one of the men. In other words, any analysis of constituency-level political activity must analyze actions perhaps more carefully than just words. This is politics, after all.

Overwhelmingly, the book reinforces the difficulty in describing in any simple, consistent way how those who brand themselves Liberal participate in the political process, and more precisely within the Liberal Party. It is all over the place. Riding to riding, this participation depends hugely on arbitrary factors such as geography, constituency boundaries, regional history, the strength or lack thereof of individuals as local leaders, and provincial versus federal policies. Indeed, one gets a sense of a brave effort on the part of the author to render the topic and the activities neatly and academically categorized and sortable. But the major conclusion the reader comes to is that there is very little coherent, consistent method or process to the political organizing and sustaining efforts within the federal Liberal Party, and in turn how local activists organize and act. Despite Koop’s heroic efforts to categorize it all, his results ultimately come across as a mix of almost everything.

But from a practical level is this lack of consistency necessarily a problem? Koop makes a compelling case that local diversity is an unavoidable feature of a “big tent” entity such as the Liberal Party of Canada. However, for party activists at both the local and national levels, it is essential to understand just how varied it is across the country and even riding by riding, and to learn exactly which factors are at play in any particular riding. The analytical reach of Grassroots Liberals could have been usefully extended. But Koop’s careful scholarship should nonetheless help party activists at all levels operate more effectively.

Martha Hall Findlay is an executive fellow at the School of Public Policy at the University of Calgary. She was elected twice as a member of Parliament and served in the Liberal Shadow Cabinet as Official Opposition Critic for International Trade; Associate Finance; Transport, Infrastructure and Communities; and Public Works and Government Services. She was a candidate for the leadership of the Liberal Party of Canada in 2006 and 2013.