The Origins of AIDS

What do you know about how AIDS got started? If you are neither a specialist nor one of the many Canadians directly affected by the disease, your answer will likely be couched in popular culture references: “Hmmm … Hit the headlines in the early 1980s as a rare disease in homosexuals in San Francisco. Had probably been around and started spreading a good deal earlier … Canadian flight attendant who picked it up somewhere in Africa on one of his flights—what was his name? Patient Zero, some people called him.” But was this flight attendant even important? Did he bring something from Africa, or from elsewhere? If from Africa, how did it get there, how long had it been there and how did it begin its deadly spread? These are questions that specialists have studied now for three decades, but it has taken the work of Jacques Pepin, an epidemiologist at the Université de Sherbrooke in Quebec, to lay out the full story with all its troubling implications for the way medicine operates in today’s world.

This is a remarkable book, at once dense with information and readable, a grand and compassionate exploration of the origins and spread of HIV/AIDS. Based on exhaustive research, The Origins of AIDS reads like a tragic novel, meticulously weaving together warehouses of detailed scholarly data, narratives of colonial hubris and recollections of personal experience. Pepin accomplishes all this with care for both scholarship and language, without once slipping into ideology or rage, always deferring to the evidence yet never once losing his humanity.

Several leading complexity theorists have argued that to deal with simple problems, such as the structure of viruses, we can gather laboratory “facts”; for more complicated issues, such as creating vaccination programs, we can build mathematical and computer models; but to understand the richness of life on earth, its unsettling complexities and perplexities, to bring into conversation personal experience with laboratory data and global change, and to trace the unintended consequences of well-intentioned interventions, we require narratives. Pepin has understood this at every level. 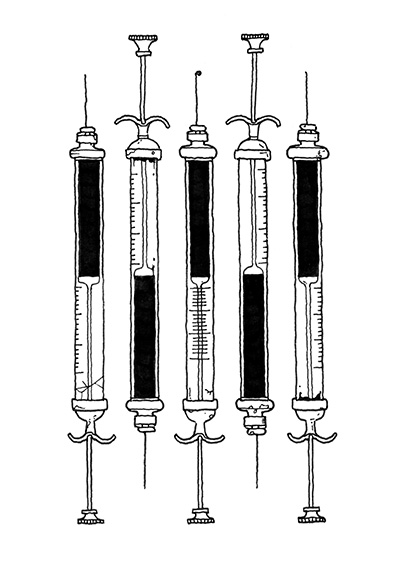 Pepin’s tale goes back to the biological origins of HIV: simian immunodeficiency virus. Chim-panzees, all of which live in Africa, are humanity’s closest living relatives; hence people are particularly susceptible to infections carried by them. Transmission of SIV from one subspecies of chimpanzee (Pan troglodytes troglodytes) to hunters (through cuts) occurred repeatedly, but rarely, over hundreds of years. But then things changed: the explosive global pandemic of HIV/AIDS in the 20th century occurred because of a coincidence of changes in technology (availability of guns leading to a large increase in hunting), social life (colonial military activities and development projects such as the construction of railways and building of cities, with their high concentrations of people and widespread prostitution to service the populations caught up in these changes), international mobility of people (usually related to business, military and technical assistance) and aggressive, paternalistic, but well-intentioned public health programs (injections for several diseases including sleeping sickness, syphilis and leprosy, as well as the use of blood products for treatment of hemophilia). As in any tragic story, good motives, hubris, human greed, poverty and ignorance play central roles.

The initial explosion from an isolated hunter (the real and original Patient Zero) into the larger human population took place in the 1920s because health authorities in French-administered territories in Africa initiated large-scale programs at that time to reduce the burden of sleeping sickness, caused by a blood-borne parasite. The only available treatment was an injectable arsenic-based drug, in a context where there was a shortage of needles and syringes, no easy ways to sterilize equipment in the field and scant understanding of how viruses could be transmitted through contaminated injection equipment. Once in the wider (non-hunting) human population, the infection was further spread into adjacent French- and Belgian-administered territories through both medical injections and prostitution (a service industry for colonial industrial development).

But how did HIV get from Africa into North America, particularly into the blood supply, where it wrought such havoc? In the early 1960s, Haiti contributed more than a thousand technical workers and teachers to help the Congo build their new country after the Belgians left. One of those workers (a more likely Patient Zero for North America) carried the infection back to Haiti. In the meantime, a global trade in blood products was rapidly expanding, particularly for treatment of hemophilia. In Haiti, Luckner Cambronne, leader of dictator Duvalier’s dreaded Tonton Macoutes, not only assassinated political opponents and exported corpses to American medical schools, but also actively obtained and traded in plasma blood products, earning him the nickname “Vampire of the Caribbean.” Repeated donations from impoverished donors in a situation where equipment was poorly sterilized facilitated the spread in that population, from which, through both blood products and sexual tourism, the disease spread to North America.

After recounting stories of how HIV was transmitted through blood donor programs in various countries, Pepin considers, “What do all these stories have in common? Poor people looking for a quick source of income and willing to sell their blood repeatedly. Profit-driven blood collection centres where a small number of entrepreneurs try to make as much money as possible by cutting costs, re-using needles, syringes and tubings, while being unaware of or not caring about the risk of transmitting blood-borne viruses. A lucrative market for these blood products, either locally or internationally. Finally, a ‘patient zero’ who introduces the pathogen.”

The strength of Pepin’s narrative is that he is not making gratuitous claims. He draws on a detailed examination of the European colonization of those parts of Africa from which AIDS has emerged, the distribution of non-human primates, the history of decolonization, phylogenetic studies of viruses, molecular biology, human behaviour, intuition, common sense and epidemiology. He does not neglect the role of heroic (and anti-heroic) individuals, war, trade and public prejudice. He raises a variety of alternative hypotheses and then vigorously examines the evidence that might support or refute them. In those cases where there is only circumstantial evidence (such as what actually happened in Haiti), he pieces the most convincing explanation of events from a variety of sources.

This is heavy material, but Pepin handles it well. He is not beyond making wry commentaries. Sometimes he does this with a simple wrist-flick of punctuation. Patients thought to have gonorrhea in the Belgian Congo in the 1930s and ’40s “received injections of milk (!), typhoid vaccine (!).” At other times his verbal bite is more direct. Discussing some of the early clinical trials for drugs to treat sleeping sickness, he refers to “Louise Pearce, a visiting American scientist (always referred to as Miss Pearce rather than Dr. Pearce, her unmarried status apparently being more important than her degrees!).”

According to Pepin, many of the messages from the HIV epidemic have already been documented in relation to other diseases, but “the one new message that the HIV epidemic, as chronicled in this book, should bring home is that well-intentioned human interventions can have unpredictable and disastrous microbiologic consequences.” It both heartens and saddens me to read this. On the one hand, I am pleased that a medical writer, at last, has stumbled across this insight. I am saddened because the phenomenon has been well known for many years to those studying the relationships between human well-being and complex social-ecological systems. Unfortunately, many biomedical and laboratory scientists, narrowly focused on an image on a microscope slide, have forgotten this. Clinical neurologist Oliver Sacks, in his marvellous book The Mind’s Eye, has argued that we “do not honor our peripheral vision as much as we should.” Sacks’s observation is related to individual experience, but some of us have argued that the highly focused-but-disoriented stumbling about of health sciences reflects a collective lack of honouring—indeed a pathological loss of—peripheral vision. Pepin, thankfully, reflects a recovery of sorts.

Careful attention to the evidence allows Pepin to notice some unexpected outcomes that, at first glance, might seem startling. For instance, he is able to note, without flinching with false liberal guilt, that for “some of them [women in Central Africa], becoming a prostitute was a kind of liberation. They would move to the cities, away from family and societal constraints and values, free to behave as they wished.” The passage brought to mind a discussion with a colleague about our research in Central America. I was berating the evils of the Korean- and Chinese-run textile export assembly factories, the maquiladoras; her response to me was that these sweatshops offered the first opportunity for many of these young women to earn an independent living, no matter how meager, and thus to escape abusive homes and patriarchal communities. Every narrative is embedded in a web of both positive and negative outcomes. Achieving what we most desire—no more nor less than getting rid of what we despise—is both a loss and a gain, a source of both happiness and grief.

We have built dams, for example, to facilitate irrigation, to increase food supplies and to generate power for industry, even as known and potential negative impacts are—sometimes tragically—downplayed, misunderstood or mishandled. In Egypt, while schistosomiasis, an infection caused by a parasite of the urinary tract, liver and intestines, has been present there for about 5,000 years, conversion of arable land to perennial irrigation in the decades after the construction of the Aswan Low Dam in 1902 led to dramatic increases in some forms of the disease. Even as the High Dam was being constructed, and alarms were raised that further increases might occur, Egypt mounted an unprecedented campaign to treat schistosomiasis; more than two million injections were given to 250,000 people every year. As Pepin recounts, when the campaign was over, more than 20 percent of Egyptians 10 to 50 years old had acquired hepatitis C through improperly sterilized syringes, the largest iatrogenic epidemic ever recorded.

Sadly, the message of unintended consequences has not been heard by those who most need to hear it, and pointing out gaps between technological capability and scientific understanding generally earns one the label of a Luddite. According to the World Health Organization, syringe reuse in developing and transitional countries still results, annually, in 22 million new hepatitis B virus infections, 2 million new hepatitis C infections and 260,000 new HIV infections. We have the knowledge and the technology, but there is no money to be made in giving safe injections in poor countries.

This is a different kind of gap in our craggy global landscape—a moral gap—blasted open and kept open for business accounting reasons. This chasm—where disease, ethics, economics and complex social and ecological interactions become entangled—is the new frontier for health. Pepin has given us an excellent starting point for embarking on this perilous and necessary journey.

David Waltner-Toews is a retired professor of epidemiology in the Department of Population Medicine at the Ontario Veterinary College in the University of Guelph, the founding president of Veterinarians without Bordersé Vétérinaires sans Frontiéres Canada and the Canadian Community of Practice in Ecosystem Approaches to Human Health. He is a specialist in the epidemiology of diseases people get from animals (zoonoses) and the author of The Chickens Fight Back: Pandemic Panics and Deadly Diseases that Jump from Animals to Humans (Greystone, 2007).