We live in a world of cities—half of the world’s population lives in cities today and the United Nations projects that the urban population will grow to 70 percent of the world population by 2050. Not only is the world experiencing rapid urbanization but the number of megacities (cities with more than 10 million people) is also on the rise. In 1950, there were only two megacities, New York and Tokyo. By 2005, this number had grown to 20 and is projected to increase to 22 by 2015. Seventeen of those megacities will be located in developing countries.

The growth in cities, particularly large ones, is important because we are coming to realize that the economic health of countries increasingly depends on the economic health of its major cities. Cities are significant generators of employment, wealth and productivity growth. A few more numbers: a 2011 report by McKinsey & Co. found that the majority of the world’s gross domestic product is generated in major cities, with 22 percent of the world’s population living in 600 cities, producing 52 percent of global output in 2007. The report forecasts that by 2025, 25 percent of the world’s population living in 600 cities is expected to contribute 60 percent of global output. Interestingly, they will not all be the same cities.

The Evolution of Great World Cities: Urban Wealth and Economic Growth by Christopher Kennedy is an important book because it focuses on what major cities need to succeed and prosper. It is about the history of cities from ancient times to the 21st century and about the economics of cities based on earlier writers such as Adam Smith, John Maynard Keynes and Jane Jacobs. Each chapter begins with a historical anecdote about a particular city and then goes on to explain why some cities are wealthy and how they got there. The storytelling alone is worth the read. 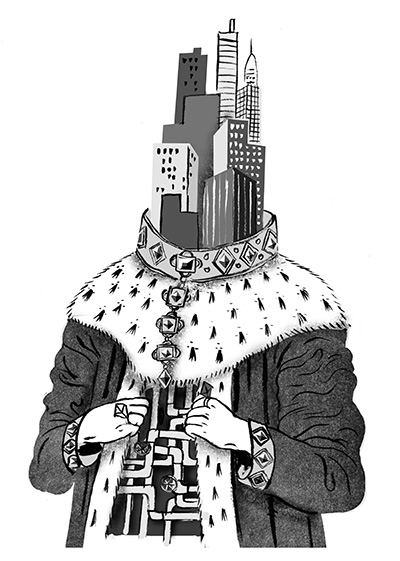 What is new about this book is Kennedy’s main thesis. He posits that it is infrastructure (defined to include transportation, water pipes, sewers and buildings) that has been essential to the economic growth and development of cities in the past: “to separate the economy of a city from its infrastructure is like asking how the human body would function in the absence of its skeleton and cardiovascular and nervous systems.” Kennedy explores the role of infrastructure by taking us on a virtual tour of cities around the world, ranging from London to New York, Venice, Tokyo, Hong Kong, Dubai, Toronto and beyond. He argues, for example, that London was the obvious place for the country’s financial centre in part because of the growth of the rail network from the 1830s (and later the telegraph), which made it accessible from all parts of the country.

Those cities that recognize that infrastructure is essential to their success and that make the needed investments are more likely to succeed than those that do not.

Kennedy focuses on what he considers to be the wealthiest cities—the financial centres. He explains the process by which a city becomes a significant financial centre by relying on the four phases of urban development originally set out by the economic historian Norman Gras. A city goes from being a commercial centre to a centre for industry to a transportation hub to a financial centre. Transportation infrastructure is obviously crucial to this process and cannot be overstated—“Such infrastructure,” says Kennedy, “has created new consumer markets, expanded existing markets, sparked agglomeration effects, supported suburbanization, provided a means of dominating hinterlands in cities’ progression towards the status of financial centres, and constituted a fundamental part of the evolution of the new urban form.”

There are many examples in the book that illustrate how the establishment of a transportation network has been critical in transforming a city into a financial metropolis. London was successful because of its port, railway network and telegraph cables. The St. Gotthard tunnel in the Alps helped to establish both Zurich and Milan as financial centres. Frankfurt benefited, and still does, from its airport. Perhaps the most significant illustration that Kennedy provides of the importance of transportation infrastructure to the growth of cities, however, was the opening of the Erie Canal in 1825, connecting the Hudson River to Buffalo on Lake Erie. Prior to the 1830s, Philadelphia was generally regarded as the financial capital of the United States, in part because that was where the first central bank in the country was located. The construction of the canal was not without controversy, as the author points out, largely because of the significant costs attached to the project. Yet it went ahead, and the canal gave New York City a considerable geographic advantage over Philadelphia. It connected the port of New York to the Great Lakes system and the interior of the United States. Philadelphia, on the other hand, was on a relatively small watershed separated from the interior by the Appalachian Mountains. Philadelphia tried to catch up to New York with canal schemes and railway investments of its own but these did not go very far and New York surpassed it as the financial capital. Clearly there were other factors that led to the rise of New York, but this major transportation network is considered to be instrumental in the city developing into the major financial centre of the country.

However, one might question whether infrastructure is the most important determinant of the economic success of cities. It may have been the most significant factor in the past, but other authors, such as Edward Glaeser in The Triumph of the City: How Our Greatest Invention Makes Us Richer, Smarter, Greener, Healthier and Happier, place less emphasis on infrastructure and more on human capital as the key to innovation and prosperity in the new knowledge-based economy that we are now living in. Most innovation occurs in large cities and metropolitan areas: prosperity comes from the ability of large cities to produce new thinking. Innovation occurs in large cities and metropolitan areas because that is where people and businesses can enjoy the benefits of close proximity, known as agglomeration economies. The concentration of people and firms increases social and economic interaction and results in the greater exchange of ideas among people working in different fields in the same location. Jane Jacobs also emphasized the need for a dense concentration of people in The Death and Life of Great American Cities. Large, dense cities can achieve the critical mass required to attract and support high degrees of specialization in labour, knowledge, businesses, services, infrastructure, institutions and media.

One might also question Kennedy’s definition of wealth. Whereas metropolitan economic growth is generally measured by the income or the output of a city, Kennedy measures it by the value of tangible assets owned by citizens. For him, wealthy cities are those where the citizens have high-valued holdings of financial, real estate and other assets: “this rule implies that, if the assets of each citizen are added up—their homes, furnishings, motor vehicles, investments, money and treasure, subtracting any debts—then the total represents the wealth of the city.” Although his concept of wealth is certainly related to income or output, it is different from the more standard indicator—gross metropolitan product (GMP)—which measures the total value of all goods and services produced on an annual basis. Are we to believe that Vancouver is a wealthier city than Toronto because the houses are more expensive there?

The physical form of cities and their importance to economic health is another questionable thesis of Kennedy’s. He argues that urban sprawl has led to economic growth. The physical expansion of cities into the suburbs in the 20th century, with arterial roads and highways, increased employment by creating a range of jobs from road construction workers to car salespeople, service station workers, insurance brokers, mechanics and parking attendants. Moreover, he argues that the government has benefited because it collects taxes on income, fuel, property and sales.

Although some people may have benefited from sprawl, it is inefficient and expensive relative to more compact development. Opponents of sprawl argue, for example, that greater infrastructure costs are required to extend water pipes, sewers and roads to more remote areas than to compact developments. Sprawl increases the need to travel and the time spent commuting and results in more congestion and pollution than compact development. Sprawl also means the loss of farmland, green space and environmentally sensitive areas.

There is no question that infrastructure plays a critical role (although perhaps not the overriding one) in the success of cities. However, even if city managers and politicians are convinced by Kennedy’s argument on that score, his book provides no clues on how to pay for infrastructure expansion, particularly in tough economic times such as we are experiencing now.

I would suggest we look back at history. How did New York pay for the Erie Canal? Not surprisingly, there were multiple sources of revenue. The Canal Fund, which was established in 1817, included a state government loan to be repaid by toll revenues; the sale of land donated by speculators who expected a profit from rising land prices; a levy on goods sold at auction; lottery revenues; and a variety of excise taxes on salt, steamboat travel and land. That was almost 200 years ago and yet, at least from an economist’s perspective, they got it mostly right. First, there is no one source of revenue that can do it all. The amount to be raised is simply too large for major projects of this nature and it will be necessary to rely on a range of financing tools. Second, the public sector cannot do it alone, nor can the private sector. Both will need to be involved in the financing of major infrastructure projects. Third, borrowing to pay for infrastructure is not a bad way to cover some of the costs. In the case of the Erie Canal, the total debt was more than $7 million and it was repaid in 1837. Borrowing to pay for infrastructure is fair because it means that those who will enjoy the benefits over, say, the next 25 to 30 years will also be the ones who are paying the costs. Fourth, user fees (tolls) are an important way to cover the costs not only because they raise revenues but also because they ration the use of the infrastructure. For major highways, for example, tolls will reduce congestion. It is somewhat less clear that lottery revenues are a good way to pay for infrastructure, or any public service for that matter, but it is clear that a range of financing tools is needed to pay for major infrastructure projects.

International competition is increasingly between cities, not countries. To be globally competitive, Kennedy tells us that cities need to provide major infrastructure—transportation, water, sewers and buildings. Indeed, the case studies
in the book show that those cities that invested in infrastructure in the past, especially transportation infrastructure, were more successful than those that did not. It is also true that those cities that recognize that infrastructure is essential to their success and that make the needed investments are more likely to succeed than those that do not. We know what we have to do; it is time to get on with it.

Enid Slack is the director of the Institute on Municipal Finance and Governance at the Munk School of Global Affairs at the University of Toronto.