Wars of Plunder: Conflicts, Profits and the Politics of Resources

When I visited Port Harcourt in the Niger Delta in 2000, I fully expected to find a low-level war going on, with local Nigerians pitted against the foreign oil companies in their midst. It had only been five years since Nigeria’s military rulers had executed Ken Saro-Wiwa and eight colleagues on what were widely seen as murder charges trumped up to silent protests about environmental damage done by oil production in nearby Ogoniland. Media reports on the troubled oil region emphasized the deep divisions between the two sides and highlighted violent incidents.

I was more than a little surprised to discover, on visiting the offices of Shell Petroleum Development Corp., a joint venture between the international oil firm and the Nigerian government, that 97 percent of the 5,000 permanent employees were Nigerian and that whenever a job became available, the company was deluged with applications. The willingness of the locals to work for Shell did not fit with the popular media narrative that neatly separated the two into warring camps. I came to see over the course of my visit that the Nigerians were split into factions, ranging from open support for oil production to violent opposition, with many gradations in between. I had naively expected a conflict that was easy to understand. What I found was much more complicated.

The idea that conflicts involving resources are not straightforward and need to be properly understood before they can be resolved lies at the heart of Philippe Le Billon’s book, Wars of Plunder: Conflicts, Profits and the Politics of Resources. In it, he surveys the thinking to date on resources and war and adds his own research and recommendations to the mix. It is timely not just because many of the conflicts he examines continue to simmer, but also because new ones loom, including in the Caspian Sea Basin and possibly the Arctic. 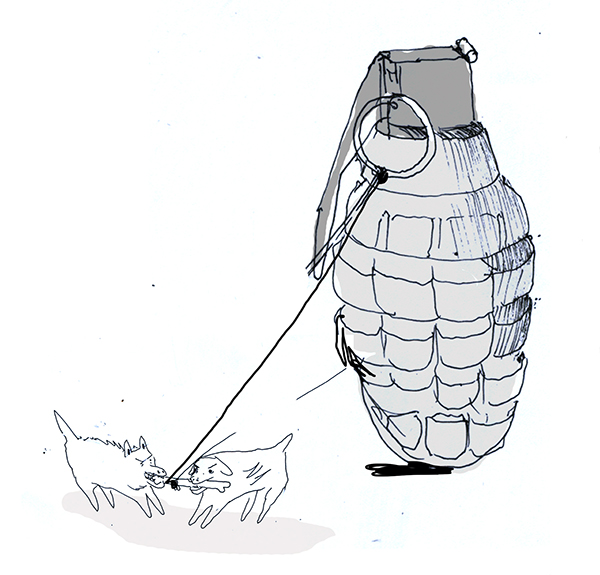 Le Billon has a broader background than most authors writing on the subject, which makes his insights more valuable. He worked for the French ministry of foreign affairs and in United Nations peacekeeping missions, collaborated with Global Witness, an advocacy group, and the International Institute for Strategic Studies, a think tank, and now teaches at the Liu Institute for Global Issues at the University of British Columbia. He is critical of the roles played by the media, advocacy groups and the international community in many conflicts, the first two because their desire for a simple narrative to sell newspapers or attract donations means they overlook important nuances, which then leads the international community to respond in ways that are inappropriate and ultimately unsuccessful.

Academics pushing particular theories on conflicts involving resources to the exclusion of others do not get off lightly either. It is futile, Le Billon suggests, to debate whether an abundance of resources undermines an economy making a society vulnerable to conflict (the resource curse argument); whether the conflicts and grievances associated with resource exploitation will lead to broader armed conflict (the resource conflicts argument); or whether some resources lend themselves more than others to use by belligerents in a conflict (the conflict resources argument). “Each of these dimensions of resource-conflict relationships has something to offer our understanding of the interrelationships between resources and wars,” he says. “Taken singly (as they often have been), they fail to capture the complexity of the relationship.”

Le Billon also does not have much time for the theory, being pushed in many media accounts, that resource scarcity drives states to war. This has become a common theme in media reports of the Arctic, where rich deposits of oil and gas are thought to exist, and which is frequently depicted as the next area of conflict between countries desperate to secure petroleum supplies. Le Billon notes that resources play some role in many if not most wars. He gives a long list, which includes silver and copper in the Punic Wars between Carthage and Rome; phosphate in the secessionist movement in Western Sahara; teak in the occupations by imperial powers of the Philippines, Indonesia, India and Burma; cocoa in Ivory Coast; oil in Sudan and Nigeria; timber in Burma and Cambodia; and farmland in Nicaragua. But resources are not necessarily the only cause, or even a cause at all. “Hostilities do not occur in a vacuum,” he says.

How then should we make sense of the many conflicts involving resources? The first step is to understand how resources are used in conflicts, which is not always as straightforward as it seems. Oil, for example, is often thought to be less attractive to rebel groups seeking financing than diamonds, which Le Billon describes as “small, low-weight, easily concealable, anonymous and internationally tradable.” Yet rebels have found ways to raise funds from both oil and timber without taking possession of the bulky commodity itself (although that too does happen). Oil infrastructure is vulnerable to attack and oil personnel can be kidnapped. The Ejército de Liberación Nacional in Colombia found ransoms and what they liked to call “vaccination payments” against attacks or violence a useful source of finance. Logging operations are vulnerable to extortion schemes, says Le Billon, because they are often in remote areas. Roads and bridges can be mined, transport trucks ambushed, equipment sabotaged. While the author does not mention it in his book, it was thought that at one point rebels in Southern Sudan made profits in the stock market by short-selling stock in Talisman Energy and then attacking oil installations, causing the company’s share price to fall.

Le Billon then looks at the strategies used to end resource-related conflicts, which boil down to three main methods: military intervention (capture), sanctions or revenue-sharing agreements. For this part of his analysis, he used three main studies: The first examined 63 conflicts in 39 countries that took place between the end of the Second World War and 2006. The second looked at 552 international attempts to resolve 154 conflicts over oil, water and diamonds between 1997 and 2007. And he also did his own analysis of 26 armed conflicts between 1989 and 2006 in which resources played a role. He found that, in general, military intervention showed the best immediate results, but revenue sharing showed better results one year later and that sanctions showed the best results five years on. He then dug a little deeper and found that certain strategies worked better than others depending on the resource involved. For example, if diamonds, which he terms legal lootables, were involved, then sanctions worked best. If oil, which he classifies as a non-lootable, then military intervention showed the best results. He did a similar analysis looking at the type of conflict and found that revenue sharing worked best when the conflict was with a secessionist movement, whereas a combination of revenue sharing and sanctions worked better in non-secessionist civil wars. “The more carefully one matches conflict termination strategies to the types of actors, resources, and conflicts in any given situation, the greater the chance of success,” he writes.

This is a book in three parts. The first, which reviews the academic thinking to date, is the least accessible to the general reader. References to “large N-studies,” “neo-Malthusian assumptions,” “geospatial quantitative analyses” make this first part heavy going, although the subject matter builds an important foundation for the rest of the book. And there are some interesting asides, such as the one where Le Billon briefly reviews which popular movies misrepresent resource conflicts—James Bond films such as The World Is Not Enough and Die Another Day figure prominently—and which have a more nuanced view—Syriana, Lord of War, Three Kings and Blood Diamond.

The second part of the book is a more in-depth look at three resources—oil, diamonds and timber—and the varying roles they play in conflicts around the globe. The breadth of the author’s research comes into play in this section (and in the voluminous notes and bibliography that take up 114 pages at the back of the book). The comparison between Sierra Leone and Botswana in the diamond section is especially interesting as it helps the reader understand why the two important diamond producers have followed such different trajectories. Sierra Leone endured decades of often-violent conflict, whereas Botswana has been peaceful and stable.

Canada, which is mentioned only in passing throughout the book, is briefly referred to in the section on diamonds when Le Billon talks of some of the consequences that flow from certain strategies to end resource conflicts. The success of the blood diamonds campaign by advocacy groups led to initiatives, such as the Kimberley Process Certification Scheme, which restricted the ability of rebel groups to use diamonds to finance war. Diamond producers, including those in Canada, sought to distance themselves from African-sourced diamonds, evoking the “purity” and “whiteness” of the Canadian gems. The contrast with tainted blood diamonds from Africa invoked racialized images of Africa as synonymous with violence and primitivism, writes Le Billon. It also risked marginalizing one of the few commodities that has contributed to sustained revenue to African economies in recent years, he says. It would make an interesting follow-up to this book if Le Billon applied his broad knowledge to resource conflicts in Canada, which, while seldom violent, are numerous and growing as resource exploitation moves north into territories claimed by aboriginal groups.

The last section of the book is an analysis of what works and what does not when it comes to resolving resource conflicts and rebuilding resource economies, and adds some policy prescriptions for the future. The author would like to see the world work toward an international agreement that would set mandatory standards for natural resource sectors, which would define conflict resources and set ethical norms and reporting procedures on revenue generated in conflict-affected countries. He does not speculate on the odds of that happening any time soon, but they would be long. Even when the international community is not preoccupied with the sagging global economy and the possibility of another economic crisis, it has paid little attention to resource-related conflicts unless forced to by a successful advocacy campaign or potent media report. The ongoing conflict in the eastern part of Democratic Republic of Congo, in which millions have died since its onset in 1996, is a case in point. The gold, diamonds, copper, cobalt and coltan (an important mineral used in cell phones) mined in the eastern Congo have been used by all sides in the long conflict as a ready source of finance.

That said, any government or organization attempting to resolve a resource-related conflict would benefit enormously from reading this book before proposing a solution, as would journalists covering such conflicts. It would be nice if the parties to conflict were easily divided into good guys wearing white hats and bad guys wearing black ones. But, as Le Billon takes great pains to point out, when it comes to resources and war, it is much more complicated.

Madelaine Drohan is Canada correspondent for The Economist and author of Does Serious Journalism Have a Future in Canada?, a report written when she was a 2015 Prime Ministers of Canada fellow at the Public Policy Forum.