As I ate my eggs this morning at a ­neighbourhood breakfast joint, almost every song playing in the background could have been mistaken in its early bars for a Joni Mitchell song: high strummed strings and thoughtful piano progressions, and a woman’s voice speak-singing in intimate tones about first-person matters of the heart.

Mitchell was far from the first woman to find fame writing and performing her own pop music. For that you would have to look back to some of the female blues singers such as Bessie Smith, to chanteuses such as Edith Piaf and to pop and country icons such as Peggy Lee. But the Saskatchewan-raised singer was the woman who made the boldest pitch to take up the gauntlet of Bob Dylan’s redefinition of the singer-songwriter role, coming out of the 1960s folk revival, and, in so doing, set a precedent that at least subliminally guided hordes who followed.

She opened doors that it is now hard to realize were ever closed, becoming the kind of innovator whose influence is so pervasive that it is paradoxically invisible, a figure lost in the background she herself had painted. 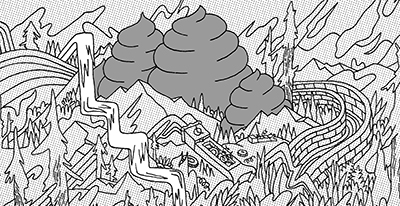 That, at least, is one explanation for why Mitchell often seems neglected relative to many of her boomer-musician peers, many of them represented in the past couple of years by majorly hyped biographies and autobiographies—including Dylan, Neil Young, Leonard Cohen, both Keith and Mick of the Rolling Stones, Pete Townshend and others—and documentaries about the likes of George Harrison, Young again, Bruce Springsteen and more. On that level, Katherine Monk’s Joni: The Creative Odyssey of Joni Mitchell is welcome, but I am afraid it lacks the heft to balance all that is weighted against it.

One of those elements, as Monk nearly but does not quite say, is outright sexism: Mitchell is still stereotyped as the blond soprano folk-goddess (the one whose cheekbones dominate this book’s cover) as well as a kind of earth mother/harlot, a Woodstock holdover fetishized for her love affairs as much as for her work—with an undercurrent of shaming for being as wilfully individualistic and promiscuous as the male rock stars who were her friends and lovers. This is the most solid of Mitchell’s many grievances with the press.

But there are other, more idiosyncratic causes. One was surely positive in the long run: having cast her own mould, Mitchell went on to break it repeatedly, expanding musically into jazz fusion, funk-rock and even proto-“world music” African-influenced suites, and lyrically from her early pastoral and Blue-period confessional modes into broader character portraits and social landscapes. Those moves confused and alienated many listeners who wanted her to, as she famously complained, “paint A Starry Night again, man.”

It is now acknowledged that the resulting mid 1970s albums such as Hejira and The Hissing of Summer Lawns are career highs that still sound contemporary. Her technical originality as a guitarist is also talked about these days as much as her lyrics. But these recognitions came too late; a bruised defensiveness marks most of the music she has made ever since, an assertive rigidity that supplanted her exploratory openness.

That might not have mattered so much—few pop musicians can sustain inspiration over so many decades—if Mitchell had not always seemed given by nature to such withdrawals. As Monk notes, by her late twenties Mitchell began a pattern of “retiring” from the music business every few years. Unlike Dylan, Cohen or Young, who have all followed similarly erratic paths, she has not chosen to consolidate her legacy in her advancing years with lengthy world tours to reconnect with her audiences.

Finally, her public persona, on the rare occasion that she consents to an interview or appearance, is not what one would call charming. Although certainly bright and tough, with a piquant sense of humour, she tends to carp about being misunderstood, to rail about dubious health complaints (fibromyalgia), to snipe at her equals (calling Cohen and Dylan plagiarists, for instance) and to dismiss her heirs, accusing women from Rickie Lee Jones to Suzanne Vega and Tracy Chapman of being mere copycats. She also refuses to call herself a feminist.

It is not hard to imagine where all these feelings come from. Having been underestimated, she overcompensates. Having been burned by celebrity’s spotlight, she keeps to the shade. Having been reduced to type, she objects to any labels. And having lacked female confederates in the macho (or sensitive-macho) scenes of 1960s folk-rock and 1970s Laurel Canyon singer-songwriters, she holds on to her capacity to be “one of the boys,” even if she was punished for that, too. No doubt the guys also get more dispensation to be old and cranky. But the consequence is that Joni Mitchell is not exactly her own best ally or anyone else’s.

And unfortunately, she does not find the advocate she needs in this book, a hybrid of biography and critical study that does not really succeed as either. It is hampered as a life story because Monk, a former arts journalist, does not do any original interviews or other research—she does not say whether she tried to get Mitchell’s cooperation, but neither does she speak to any collaborators, friends, family or other associates. The book is based entirely on previous press coverage, so anyone who has followed Mitchell over the years will find much (although not all) of it familiar—and, in places, inaccurate. For example, Monk says that Mitchell had a Buddhist teacher recommended to her by Jack Kerouac during Dylan’s Rolling Thunder Revue tour in 1975, when Kerouac had been dead for six years; Monk probably means Allen Ginsberg, who was on the tour.

That is not the only way Monk misses the beat. She has chosen to organize her chronicle thematically rather than chronologically, with chapters on “Impersonation and Identity,” “Illness and Survival” (a formative childhood bout with polio), “Expecting and Expectation” (about Mitchell giving up a daughter for adoption), “Myth and Mythmaking” (about Woodstock and the sixties), “Business and Bullshit,” “Gods and Monsters” (religion and influences), “Love” (both romance and collaboration), and painting and dancing. This is frustrating, as episodes in Mitchell’s life appear at first somewhat out of context and then later in contexts that have to be reintroduced and repeated.

The bigger problem, though, is that Monk has chosen to use Mitchell’s story as a case study in the nature of creativity, and the result is too much like an undergraduate paper. It fixates on Mitchell’s trendy 1960s-autodidact influences, such as Nietzsche and Jung, hashed in with undigested bits of Lacan, child psychology and deconstruction, and draws from them mostly predictable clichés.

Also, overselling her thesis, Monk lapses into addressing Mitchell not only as a superb artist but also as the apotheosis of the artist, practically the greatest who ever lived, echoing the singer’s own worst exaggerations. Its first proper chapter gobsmackingly launches with an uncritical account of Mitchell going to a Hollywood party in blackface, and several statements in which she claimed somehow to “be” a black man, as if this were a great tale of artistic self-invention rather than an artifact of late 1960s radical-chic white privilege and social confusion.

These tendencies subside some as the book goes along, and Monk eventually hits on unexpected themes such as Mitchell’s creative investments in fashion and in dancing, for instance, or the significance of her changing vocal range. But the reader might hurl it across the room before getting there.

Still, I hope not. Yes, Joni lacks both narrative completeness and the perspective to help us hear her art anew. It is, however, diligent and detail-dense enough to immerse the reader in Joni-Land for a few hours—and what a multitudinous country it is, full of frozen rivers, bottle-green back alleys and blue dive bars, open-tuned weather systems and sprung-rhythm grandfather clocks, ecstatic peaks and bullshit mountains. Until it gets a worthy atlas, at least Monk’s map is here to help remind us where to listen and look.