Is there any Canadian writer who contemplates the meaning of time with greater distinction and intellectual grace than M.G. Vassanji? Guided by nostalgia, instinct and an accumulation of residual proofs—documents, diaries, photos, furniture, shards of memory—he reconstructs a cultural history that is not merely past, but virtually extinct. From his earliest novels, he has exhibited a preoccupation with the notion of historical preservation. His book The Gunny Sack, which received the 1990 Commonwealth Writers Prize, features a hero who uses family heirlooms to resurrect the little known history of Indians in East Africa. In The Book of Secrets, which earned Vassanji the first of his two Giller prizes, a retired history teacher in Dar es Salaam pieces together the colonial past of an Asian village in Kenya. Throughout the novel, the teacher, Fernandes, repeatedly asks: “Does anybody care about history?”

Vassanji himself did not give the subject much thought until he was far away from the community where he grew up. Born in Kenya and raised in Tanzania, Vassanji knew his Khoja Muslim forebears had travelled from Gujarat, in India, to settle in East Africa a hundred years earlier. But apart from the occasional reference to Bombay, that Indian past received little mention in his home or in the larger community. The family’s focus was on the present and the future. It was only after attending MIT and the University of Pennsylvania, where he earned a PhD in nuclear physics, that he began to consider his history. As he writes in A Place Within: Rediscovering India:

After a few years in North America, I came upon the realization that that “ever-present,” which had been mine, my story, had begun to drift away towards the neglected and spurned stories of my forebears, and I stood at the threshold of becoming a man without history, rootless. And so origins and history became an obsession, both a curse and a thrilling call. 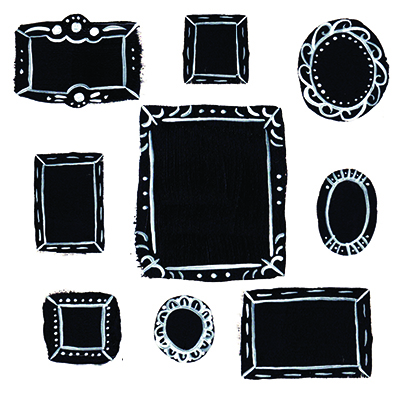 The book earned him a Governor General’s award. Part travelogue, part memoir, it intimately maps Vassanji’s passionate encounter with the land of his ancestors, beginning in January 1993, in the wake of horrific communal violence. He finds an Indian people racing toward a wealthy, American-style future. Wandering from city to city, back through time, he reimagines an ancient history of repeated conquests and spiritual conversions. Yet he is unnerved by signs of forgetfulness in this land with a Hindu majority. In Trivandrum, for instance, where religious tolerance among Hindus, Christians and Muslims has been the tradition, no one seems to know anything about indigenous Muslim lore. In Gujarat, his ancestors’ native province and Gandhi’s as well, conversation about the “Father of the Nation” feels weirdly suppressed. Most troubling, he sees little acknowledgement—official or otherwise—of lives lost during Partition, the violent rending of the country into Hindu India and Muslim Pakistan at Independence. Vassanji quotes the novelist and editor Khushwant Singh:

We Indians and Pakistanis have chosen to forget what we did to each other to gain our freedom. We have no museums, no memorials to commemorate what was undoubtedly one of the greatest tragedies in recorded history. The uprooting of ten million people from their homes, the loss of one million lives, rape and abduction of thousands of women have all been swept under the carpet of oblivion.

Vassanji’s novels dramatize the multiplicity of voices required to chronicle even a partially true history. His memoirs, on the other hand, find him literally doing the leg work, excavating objects and anecdotes. Even a harsh memento of horrific Partition, says Vassanji, is affirmation of the Indian past; a precious piece of the puzzle that is himself. And Home Was Kariakoo: A Memoir of East Africa searches for such forgotten narratives in his native Tanzania. Through wide-ranging peregrinations he uncovers clues of the African and Asian past, although it is mostly European monuments, graveyards and buildings that survive. Vassanji is discouraged by the sight of Tanzania’s dwindling Indian communities, on the wane since the African country’s independence and the abandoned khanos where they socialized and worshipped.

Vassanji’s anxieties are those of the perennial minority. In Tanzania he is an inconvenient Indian, resented by his African compatriots. In India he is a Khoja Muslim in a Hindu land wracked by communal violence. In Canada he is the accomplished, favoured South Asian, but an outsider nonetheless.

In his latest novel Vassanji continues his obsession with the missing past, but takes us in a new direction. The ironically titled Nostalgia projects us into the future, speculating about what happens when people are determined to forget their pasts. What are the consequences, Vassanji asks, of a collective absence of nostalgia? In this exceptional sci-fi satire, characters march steadily forward with nary a backward glance. In the process they come to understand less and less about themselves and their responsibilities to one another.

Many request biographies with childhoods set in the Midwest or the English countryside. It is an amusing, and disturbing, idea—every Canadian with the same generic past.

The main action takes place in a Toronto of the not-too-distant future. Medical science has developed technology that allows human beings to live forever. Doctors provide aging individuals with new faces and refurbished bodies, while a psychological procedure rids them of personal histories that have become too long or complicated or unpleasant. Their new biographies are posted online and their old histories destroyed, leaving immortals with zero recollection of their previous lives. The operation is common in the prosperous North Atlantic region, where Toronto is located, but practically unheard of in the area south of the Long Border, a part of the world rife with poverty and violence and ruled by warlords.

Our protagonist is Dr. Frank Sina, a specialist in the treatment of Leaked Memory Syndrome, also known as nostalgia, in which scraps of memory from patients’ discarded past seeps into their present lives. His work also involves composing new biographies, often for the rare refugee who makes it across the Long Border. Frank enjoys his work although, like Fernandes in The Book of Secrets, he sometimes asks himself: does history really matter? His answer sounds a little like rationalization: “In the cosmopolitan world that’s now evolving without deep memory, conflict is reduced. People—and nations—without long, painful memories are free of guilt.”

This entertaining novel opens in the vein of Conrad, alludes to Mary Shelley, and works in aspects of The Bourne Identity and the drama of Patty Hearst. Who knew Vassanji could be this much fun? Creepy but delightful is his delineation of medical advances that lie in the realm of the possible, if not the probable, such as the technology predicted for decades that could make life last forever, personal computers that can read your mind and the erasure of memory as a treatment for depression.

Our protagonist’s days generally unfold peacefully in a sunlit community by the Humber River. When he is not working he likes to play exhausting games of virtual cricket. And he is addicted to a news network called XBN. His own immortal status and youthful appearance have won him (inevitably) a beautiful partner, Joanie, young enough to possess her original body and mind. Even so, Frank’s constant awareness of his actual age makes him amusingly insecure in the bedroom. And now a new patient has Frank disturbed. Frank feels a strange connection to Presley Smith, and a sense of déjà vu. After Presley goes into hiding to escape government officials, Frank becomes obsessed. The two meet up again on the website of a journalist kidnapped by terrorists south of the border.

In Nostalgia’s Canada, people forget where they come from. Collectively as well, they forget their unsavoury political connections to the impoverished south, although occasionally they air-drop care packages behind the Long Border or send in volunteers. Erasing the inconvenient past may sound like a definition of Utopia, but not everyone is pleased. A number of religious orders protest immortality on Earth, and young people—including Joanie—demonstrate against high unemployment. What’s more, scores of young adults have been orphaned by parents whose new histories eradicate all memory of having children.

And yet these same immortals are obsessed with childhood. Ethnicity notwithstanding, many request biographies with childhoods set in the Midwest or the English countryside. It is an amusing idea—every Canadian with the same generic past—but also a disturbing analogy for exchanging one’s heritage for that of the dominant culture.

Delicate territory to be sure, and perhaps why Vassanji opts for sci-fi and satire rather than strict realism. In mixed company, however civilized, discussions about the place of race or heritage can sometimes go sideways. Vassanji’s intentions are pure. Altogether his oeuvre—ten works of fiction and three non-fiction books—reveals a writer firmly committed to the ideal of brotherly love. That said, Nostalgia conveys his belief that kinship, community and a knowledge of one’s roots are essential to life on this lonely planet.

With Nostalgia Vassanji has moved from his community’s neglect of its history to the geopolitical consequences of forgetting the past. The novel is a brilliant success, although I am curious to see how it will be received by the reading public. Despite his playful demeanour, Vassanji crushes Canadians’ perception of themselves as a generous, tolerant nation. This is probably not the best moment in time to call a brown man a radical; let’s just say this may be the most radical Canadian novel I have ever read.

Donna Bailey Nurse is a juror for the 2019 Scotiabank Giller Prize.