By Chance Alone:  Remarkable True Story of Courage and Survival at Auschwitz

Otto and Daria: A Wartime Journey Through No Man’s Land

More than 70 years after the end of the Second World War, the shadow cast by the Shoah lingers. Monographs, memoirs and occasional diaries continue to appear, as some who lived and suffered through those years are speaking up at last as they approach the end of what are by now long lives. We may assume that not many more of these will be published—the survivors are now in their eighties and nineties—yet their stories are needed more than ever. Not only do they shed light on a sui generis tragedy in recent history, but they are also a cautionary tale for the present day, when anti-Semitism is on the rise and hostility toward other minority groups is mounting.

Two such memoirs by Canadians have appeared recently. The lives of both Max Eisen and Eric Koch were greatly changed by the Nazi war against the Jews, but their experiences were very different. Eisen’s book, By Chance Alone: A Remarkable True Story of Courage and Survival at Auschwitz, although it deals at length with his life in Czechoslovakia and Hungary in the 1930s and ’40s, is essentially a concentration camp survival story. Koch’s account, Otto and Daria: A Wartime Journey Through No Man’s Land, deals with the experiences of a relatively privileged family who managed to escape Nazi Germany, and its primary focus is on the author’s life as a wartime “enemy alien” internee in Canada.

Of the two memoirs, Koch’s is the more engaging. Not hung up on chronology, and often ­digressing into fascinating, sometimes irrelevant byways, it reads somewhat like an elegant and quirky novel. Eric Koch, known as Otto for the first 23 years of his life, was born into a secular Jewish family in Frankfurt. Owners of a fashionable jewellery store run by an uncle after Koch’s father died in 1919, the Kochs belonged to the affluent bourgeoisie. That meant little after the Nazis entered office in 1933, and four years later the family was preparing to leave Germany. Eric, who was already studying in England, entered St. John’s College, Cambridge.

Memoirs are by definition an expression of memory, and memory is not history. Memory is highly prone to being reshaped by later events.

He was there when war broke out in 1939 and had to register as an enemy alien. He was placed in category C, a group consisting mainly of Jews and political refugees who were deemed to be no threat. That status ended one day after the government changed on May 11, 1940. Wishing to reassure a frightened and largely ignorant public that everything possible was being done to counter the German threat, the new government led by Winston Churchill ordered the internment of all male enemy aliens whatever their category (the women were presumably not dangerous). 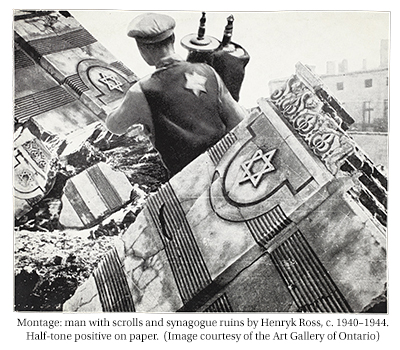 This was inappropriate action of the kind identified by Sir Humphrey Appleby of Yes, Minister fame: “Something must be done. This is something. Therefore we must do it.” For Koch it had the unexpected result that he, along with many other internees, was soon sent to Canada for safekeeping, as it were. He appreciates the irony in this: the Jews among them would hardly have obtained admission to Canada in any other way, for Canadian government policy, as Irving Abella and Harold Troper have shown, was hostile to Jewish refugees.

Koch spent 18 months confined in internment camps in Quebec before the British government relaxed its policy on enemy aliens, and those who could find a sponsor could leave the camps. Koch’s connection to the jewellery business did the trick: his sponsors were Colonel Gerald Birks, one of the principals in Henry Birks and Sons, and his wife, Phyllis. He changed his name to Eric, studied law at the University of Toronto, briefly taught French at Appleby College, and then, after meeting Saturday Night’s B.K. Sandwell, turned to journalism. Soon afterward, he joined the CBC International Service, in time becoming a fixture in CBC radio and ­television.

Koch’s story is, on the whole, an upbeat one. The only near relative he lost in the Shoah was a grandmother who died in Theresienstadt concentration camp. Aided at times by family connections, at other times by friends, he landed on his feet. The same cannot be said about the Daria in the book’s title, whose letters to Koch form a sort of counterpoint to his memoir. Koch met Daria Hambourg, the daughter of a well-established London family, in Switzerland in 1938, and they corresponded for five years. Their last contact was in November 1943; she died in 1992.

None of Koch’s letters to Hambourg survived, and so the letters are a one-way conversation that  Koch does not quite manage to integrate successfully with his own story. However, the slice of life that he serves up is enjoyable. He does seem a bit too quick to drop names, even when it is inappropriate. (Confiding the name of a woman with whom he enjoyed a one-night stand in 1940 adds nothing to his story.) Nevertheless, his tale is well written, often playful, good humoured and worth reading.

A clearer counterpoint to Koch’s story is found in Max Eisen’s, which is also well worth reading, even if his telling of it is not elegant. Eisen was born into an Orthodox Jewish family in a part of Czechoslovakia annexed by Hungary after the 1938 Munich agreement. Hungary, allied with Germany, was led by Admiral Miklós Horthy, whose government, although anti-Semitic, long resisted the Nazis’ Final Solution. In 1944, the Germans forced Horthy to appoint a new prime minister, the fanatically pro-German and anti-Semitic Döme Sztójay. The last remaining large group of European Jews thereby came into mortal danger.

Eisen recalls that after the first Passover seder in 1944, a gentile neighbour came to warn them and help them escape, but Eisen’s grandfather held it to be wrong to travel during Passover. The following morning, local police took them into custody, and three weeks later young Max (then called Tibor), his grandparents, parents, aunt and uncle, and three younger siblings, were loaded into cattle cars and sent to Auschwitz.

Most of the Eisens were selected for immediate extermination in Auschwitz II-Birkenau, while Max, his father and uncle were assigned to Auschwitz I, a labour camp. The three men were assigned to do agricultural work, hard physical labour on inadequate rations of food. In July, his father and uncle were removed for no apparent reason; years later, he learned that they had been earmarked for medical experiments. Not yet 16, he was left alone in the world with slim odds of survival.

That he did survive was due to an improbable combination of circumstances. It is not for nothing that Eisen titled his memoir By Chance Alone. He lucked into the position of assistant to the Polish camp doctor, which gave him a few privileges such as improved access to food. But that was not enough to keep him alive when the Germans abandoned Auschwitz in January 1945, and sent the inmates westward, on foot and sometimes by train. Eisen must have been blessed with an iron constitution, for he survived this long ordeal, and was finally liberated on May 6, 1945, by the U.S. 761st Tank Battalion near Melk in Austria. Eisen emigrated to Canada in 1949 and got married in Toronto three years later. He established a successful business and seems to have dwelt little on the past until he retired in 1988. Then he remembered his father’s injunction when they last saw each other: “If you survive, you must tell the world what happened here.” This prompted him to become a Holocaust speaker and to accompany tours to Auschwitz.

Did his father say those very words, or did Eisen conjure them up when, more than 40 years later, he started thinking about his experiences? I doubt it matters. Memoirs are by definition an expression of memory, and memory is not history. Memory is highly prone to being reshaped by later events, so that memoirs dealing with concentration camp life and death have been influenced by subsequent events and by knowledge gained from other sources. The passage of time also has the effect of highlighting some events and softening others. Memoirs have value, but they do differ from diaries, which are more immediate in what they record.

Diaries are unfiltered and intense, not only because of the subject matter but also because they are typically not intended for publication. A few years ago I was asked by the historian Robert Jan van Pelt to translate the diary that a young Dutch Jew, David Koker, kept in Vught, the only concentration camp the Germans established in the Netherlands—the better-known Westerbork was a transit camp for Jews. Reading it, I was struck by the horror of what he described. Against my expectations, however, I realized that even people who were living under the dire threat of deportation managed to find something like joy in their lives. That diary enabled me to enter into the world of a concentration camp in a way no memoir has been able to do.

But narrative reminders of the Shoah, whatever their genre, are invaluable to us, and they are all the more necessary now. As I was writing this review, I read Dow Marmur’s column in the Toronto Star about efforts in Poland to suppress “evidence of Polish complicity in Nazi atrocities against the Jews.” Hungary’s right-wing Jobbik party, which in the 2014 parliamentary election got the support of one fifth of the voters, is widely regarded as anti-Semitic. And Belgium and France have seen anti-Jewish hate crimes committed. It is sobering to realize that a half century of awareness of the grim reality of the Shoah has not helped to eliminate anti-Semitism from the world.

Michiel Horn is professor emeritus of history at York University. He translated David Koker’s At the Edge of the Abyss: A Concentration Camp Diary, 1943–1944 (Northwestern University Press, 2012); he is also the author of Becoming Canadian: Memoirs of an Invisible Immigrant (University of Toronto Press, 1997).