Sea Trial: Sailing after My Father

In 2016, I set off from Turkey to sail around the world in a fifty-­seven-­foot Swan RS sailboat. My youngest daughter (age thirty-­seven) was to be one of four crew members on the Atlantic ­passage. But she quickly fell in love with sailing and said, “Dad, I’m going all the way.”

So it was that my daughter and I shared the same cabin for two and a half years and got to know each other as adults — a unique privilege for both of us. I remember one night, she and I were on watch, mid-ocean, and the heavens were on fire with a blazing arrangement of stars. A bowhead whale, larger than our boat, surfaced just off our starboard side, throwing phosphorescence everywhere. All around us, phosphorescence mixed with the stars. It was sheer magic. 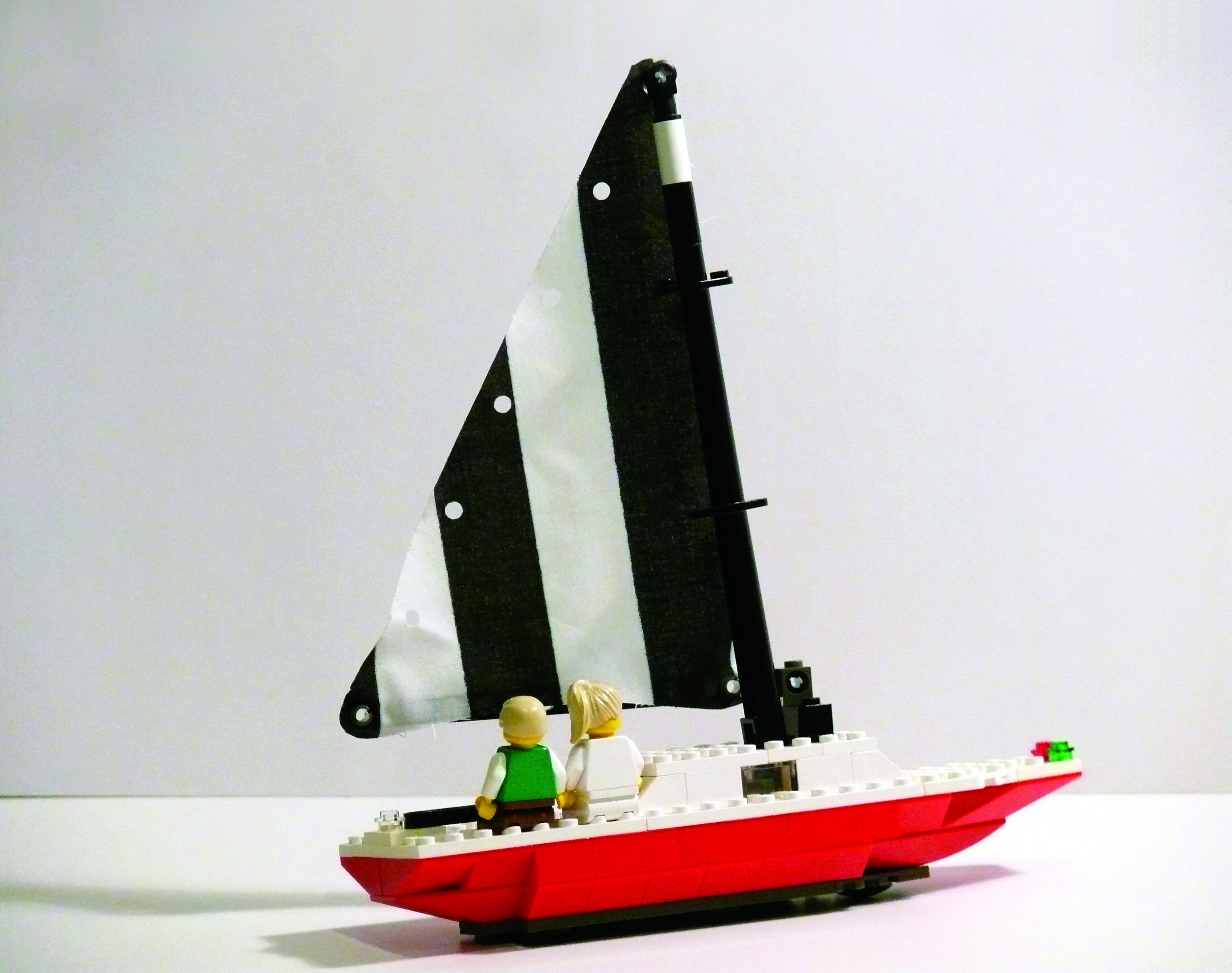 To spend time at sea is to understand things differently.
Image by Bill Ward / Flickr

We managed to transit through the six locks of the Panama Canal, into the Pacific, onward to the Marquisas, and down through the Tuamotus to Tahiti. Based on the French sailor Bernard Moitessier’s 1967 book, Cape Horn: The Logical Route, we decided to double back to Chile via the Roaring Forties and down to the Screaming Sixties. This took thirty-­two days and nights, and we saw only one ship. From there, we sailed through southern Patagonia, around the Horn, and up to the Falkland Islands, where we encountered a full gale. Uruguay and Brazil followed, and then over to Gambia (losing our generator’s oil pump along the way). Next the Azores, the British Isles, and down to Portugal, before sailing into the Mediterranean and finally back to Turkey, whence we had started. By the end, we had covered 27,000 nautical miles.

Which is to say, I know something about sailing and about a child’s relationship with a father.

Brian Harvey, a fisheries biologist turned author, explores both of these things in Sea Trial. On one hand, the book chronicles Harvey’s return to sailing after twenty-­five years and his decision to circumnavigate Vancouver Island with his wife, Hatsumi, and their miniature schnauzer, Charley. That’s a trickier task than you might think, given the hazards of sandbars, rocks, confused currents, and tides — plus a wife who has never sailed and a dog that cannot swim. And, of course, there are pounding Pacific waves that build up from endless storms originating far out in that huge expanse of ocean, stretching all the way to Japan.

On the other hand, Sea Trial tells the story of Harvey’s fatherly obsession: getting to the bottom of what happened to his dad, a respected neurosurgeon who was subjected to a malpractice suit years earlier. The suit destroyed his reputation and will to live. Harvey brings on board box after box of files and transcripts, and by poring over them he begins to understand his father.

The book’s actual sailing parts are somewhat long, somewhat repetitive — even for someone like me who sails. And without a chart of Vancouver Island — with its many coves and ports — we’re more or less lost much of the time. We do learn plenty about the unending repairs that Harvey’s boat, Vera, requires. Anyone who has sailed will relate to such predicaments: defects and failing equipment simply come with the territory. However familiar, such details are not enough to hold our attention.

Though they beg for rigorous editing, the extended sailing descriptions do support the other storyline: an agonizing malpractice suit in 1987, a respected doctor’s futile attempt to exonerate himself, and a young boy who watches his father’s professional and personal fall from grace.

Harvey’s fascinating exploration of his father’s pain goes well beyond talented description. With sensitivity, he probes his father’s emotions (and inadvertently his own) as he unravels and explains a tragic backstory. Such depth lifts Sea Trial beyond an episodic account of the fishing villages where Harvey and his wife anchor or berth Vera. Even harrowing weather — like winds suddenly hitting thirty-­five knots, or force 7 on the Beaufort Scale — can have limited interest to readers who weren’t there, no matter how well recounted. But in combination, the trials Harvey ­encounters — personal, meteorological, and indeed ­adjudicative — are arresting.

This is where Sea Trial takes on a dimension that many readers may not have experienced or don’t realize exists: extended time on a boat can place things into a particular perspective. A self-­enlightenment can gradually unfold, creating a bond between all those who are at one with the sea. I’ve seen it and shared it with sailors on long passages and, of course, with my daughter on our trip around the world.

Intimacy with the sea can draw you back again and again, into an infinite world of water and sky. It is almost a spiritual thing, and it is in such a world that Harvey discovers a tender understanding and intimacy with his late father. It’s a connection that reaches beyond the details of the trial, as a special bond grows simply by spending time at sea.

Scott Griffin is the founder of the annual Griffin Poetry Prize.