Whose Water Is It, Anyway? Taking Water Protection into Public Hands

Levelling the Lake: Transboundary Resource Management in the Lake of the Woods Watershed

This review aspires to fulfill an almost impossible mission: a tandem assessment and a reconciliation of two very different books on one of the broadest of all subjects — water. One of them, Maude Barlow’s Whose Water Is It, Anyway?, is a slim and easy read. Part memoir, part manifesto, part rant, and part promotion, it will give the reader no difficulty whatsoever in determining where Barlow stands on such issues as Canadian sovereignty over its waters, the folly of privatizing public water utilities, the evils of bottled water, and the struggle around the world to resist neo-liberal, state-propelled erosion of publicly controlled water rights.

The second book, Jamie Benidickson’s Levelling the Lake, is the opposite of a slim and easy read. It might — by way of Benidickson’s thoughtful presentation of historical facts — actually upset some readers, including those who object to profitable corporations that pass along the environmental costs of their operations, and those who care about honouring Indigenous treaty rights. But in the end, it is very good writing — far too subtle to be called a rant.

One of these books is written for everyone; the other is not. Barlow has produced a political pamphlet, while Benidickson offers a social treatise. It follows, then, that a major difference between the two is how they approach what comes next. Barlow prescribes action on issues she explores, right to the level of what individuals can do where they live and the wording of the legislation they should support. Benidickson, on the other hand, makes it clear from the beginning that his book is not about specific solutions or even recommendations. Rather, it presents an overview of the legal, institutional, jurisdictional, and transboundary development of the Lake of the Woods watershed: “Each of these activities — including recreational enjoyment — has produced environmental impacts associated with extraction and consumption of water, or with alterations to levels and flow, or with the introduction of waste material.” Benidickson leaves it to the reader to “think hard about the importance of context in political, institutional, and personal decision-­making,” and about how best to mitigate developmental impacts and ensure ongoing restoration of a vast and spectacular freshwater system.

I have spent years writing and thinking about water, natural history, and climate change, and I have known Maude Barlow for many of them. She has worked tirelessly in championing access to water as a fundamental human right, and while I have great respect for her, we do not agree on everything. 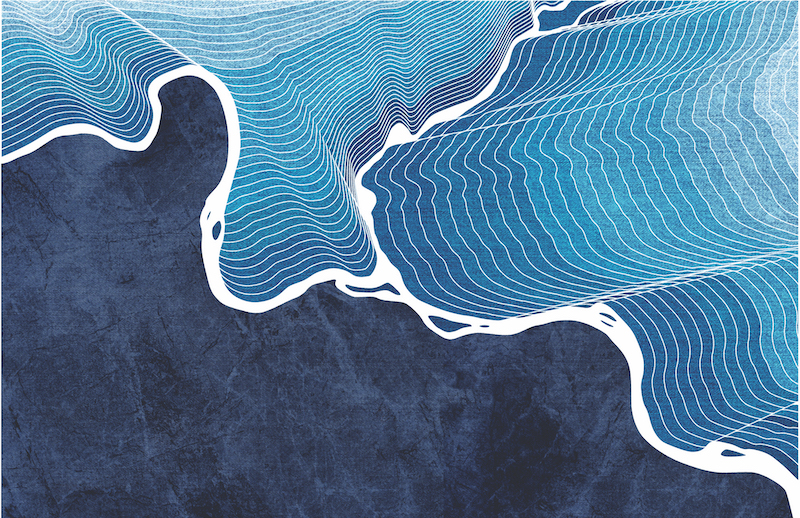 Reading her books (she has written nineteen to date) is like reading endless dispatches from a war that will never end. In a very real sense, that is what Barlow describes here: the endless war against the commodification of water at the expense of the common good.

Along with her Council of Canadians, Barlow continues to carry the flag on water sovereignty, and that is a good thing. Vigilance is critical, and not just because we live next to an unpredictable, powerful, and increasingly thirsty neighbour. Indeed, many of the proposals that would have diverted Canadian waters southward actually originated in this country. Barlow is quite right to urge Canadians to understand, appreciate, and protect the value of our most important natural resource. But the need to act goes well beyond Canada: “We can and must create a truly international movement to fight for water justice for all.”

Vigilance is critical, and not just because we live next to an unpredictable, powerful, and increasingly thirsty neighbour.

Barlow remains vocal — almost to the point of being strident — about the threat posed by the privatization of public water utilities. “To make their profit goals, private water companies cut corners on water quality protection, delivery of services and investing in source water protection,” she writes. “The public and their communities lose when local government officials turn over the responsibility for and control of this vital public service.” While she is correct in claiming that the transfer of municipal utilities has resulted in some disastrous profiteering, her argument lacks nuance. Indeed, there are circumstances where outside expertise can help local governments affordably improve the reliability and efficiency of water supplies and sanitation systems.

Not unexpectedly, and with considerable justification, Nestlé Waters, “the number-one bottled water company in the world” and a division of the food giant Nestlé, comes off badly in this book. While bottled water may be necessary in places where supply or treatment capacity is absent, limited, or contaminated, this is not the case in most places in Canada. (Notable exceptions include Shoal Lake #40 and many other First Nations communities, a social injustice that Benidickson outlines in painstaking and tragic detail.)

Barlow rightly notes that we have spent billions making sure that our tap water is both cheap and safe. It is not uncommon for bottled water to sell for much, much more — between 3,000 and 10,000 times as much — than one would pay for similarly safe tap water. And in some cases, that bottled water comes from the same faucet. Relying on bottled water where we have spent billions on infrastructure is a triumph of marketing over common sense. Then there is the not insignificant matter of the energy costs and the underlying greed. Water is heavy, and shipping it back and forth across a country, or across an ocean, is a needless and gratuitous waste of energy, an easily preventable contribution to climate change around the world, and an irredeemable way for somebody to make a buck.

In Blue Future: Protecting Water for People and the Planet Forever, the final book in her Blue Trilogy, Barlow wrote extensively about water as a human right, which she described as “an issue of justice, not charity.” With Whose Water Is It, Anyway?, she continues making the case and marks the tenth anniversary of the Blue Communities project, which she founded. She argues that towns and cities around the world are at a crossroads over water, that “much more needs to be done,” and that individuals can personally protect the public’s right to water where it matters most: where they live. “This is where you come in, dear reader,” she writes. “Anyone, anywhere can work within their own community to make it Blue and to personally become a better water user. Then they can expand out, ­making others aware of the global water crisis and the human and ecological fall-out it brings.”

I have also in the course of my career met the environmental law, policy, and history scholar Jamie Benidickson, and I found his The Culture of Flushing: A Social and Legal History of Sewage, from 2007, to be careful and thorough scholarship. Levelling the Lake is a similar work. Benidickson injects subtle ironic humour throughout the new book, but readers not interested in water or history may find it a long, hard haul. (At certain points, I admit, I wondered, How can a book about something so wet be so dry?) But ultimately this is a rewarding read, perhaps best appreciated as an unfolding story. Readers can learn a great deal about the Lake of the Woods and its watershed, which straddles the borders of Ontario, Manitoba, and Minnesota, as well as the state of similar watersheds throughout Canada. It’s an unhappy story in large measure, but one that offers some hope: “The basin is now part of a pioneering transboundary watershed governance initiative.” (Perhaps in a future book, Benidickson might turn his attentions toward Lake Winnipeg, the environmental history of which also needs to be more fully told, before it is too late.)

Laws can be very blunt instruments that don’t always protect all.

As Benidickson shows, laws can be very blunt instruments that don’t always protect all. He details how Canada has largely disregarded Treaty 3, which was negotiated in 1873 and covers the Lake of the Woods basin, while disrespecting and cheating its Indigenous signatories. Parts of this story are actually painful to read, including the tough penalties for subsistence fishing throughout the twentieth century — even though fishing rights were guaranteed by the treaty.

While subdued in tone, Levelling the Lake offers a valuable analysis on how ecosystems and relations between people can decline from one generation to the next — to the point where they become toxic not just to those who live in the basin but to all life. The book quietly and forcibly puts into relief how long-term economic and social security can be assured only through mutual trust among peoples, along with the proper maintenance and re-­establishment of ecological balance. As Benidickson makes alarmingly clear, we are all in this together, occupying shared places and common ground and the same water. We must continue lumbering toward sustainability.

This past September, I attended the One Basin, One Governance conference, organized by the Southern Chiefs’ Organization and the Red River Basin Commission, in Winnipeg. Speaker after speaker acknowledged that equitable relations between federal, provincial, and Indigenous ­governments are, at last, slowly materializing. Stronger relationships between partners are being cemented through ceremonies that acknowledge treaty rights and the sacredness of water. First Nations are actively advancing changes to water governance, in ways that are having a positive impact on the Lake of the Woods watershed. Recovery programs are restoring natural balance to the basin — even bringing back sturgeon from near extinction.

Each speaker noted that progress, whether in the Lake of the Woods region or elsewhere, cannot be made without full and meaningful Indigenous participation. As Lorraine Cobiness, chief of the Niisaachewan Anishinaabe Nation of the Winnipeg River, made clear, “You will not do this without us; it will not happen without us.”

In important ways, the conference echoed Maude Barlow’s calls for justice and for Indigenous rights to clean water. It also spoke to the importance of careful scholarship like Benidickson’s. It appears that, in parts of Canada at least, their voices are making a meaningful impact on an indispensable resource.

Robert Sandford holds the EPCOR Chair in Water and Climate Security at the United Nations University Institute for Water, Environment and Health.