Even when the 1995 Quebec referendum resulted in victory for the No side, by a mere 50,000 votes, the province’s right to secede unilaterally remained a subject of debate. The stakes were high, and the federal government referred the question to the Supreme Court. Three years later, the court released its judgment in the Quebec secession reference. At the time, Marc Cousineau, a law professor at the Université d’Ottawa, could discern a key voice in the decision, saying, “There is obviously some Bastarache in there.”

At that point, in 1998, one could only surmise Michel Bastarache’s influence in that unanimous decision, which defined the four unwritten principles underlying the Constitution: federalism, democracy, constitutionalism and the rule of law, and protection of minority rights. Several writers have since described the process behind the decision, including Philip Slayton in his 2011 Mighty Judgment: How the Supreme Court of Canada Runs Your Life. In her massive Claire L’Heureux-Dubé: A Life, from 2017, Constance Backhouse devotes a chapter to the secession reference. And in her 2019 memoir, Truth Be Told: My Journey through Life and the Law, former chief justice Beverley McLachlin summarizes just how high the stakes were: “The secession reference called each justice to bring his or her best to the table.” All three books, however, are rather vague on the details.

Bastarache’s commitment to secrecy prevents him from describing who said what in his own memoir, Ce que je voudrais dire à mes enfants (What I would like to say to my children), but he goes further than others have in spelling out the parts each of the nine justices played. Frank Iacobucci assumed a leadership role, for one thing. While the chief justice, Antonio Lamer, was the only one to ask questions at the hearings, so as to prevent speculation on how each judge might be leaning, he was more reserved behind the scenes. With Charles Gonthier and Ian Binnie, newly named to the court, Bastarache was part of the drafting committee — formed so that there would be input from Quebec, from English Canada, and, in Bastarache, from a francophone outside Quebec. 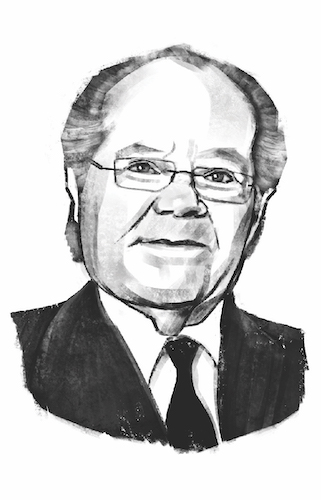 “We needed to have not only the point of view from Quebec,” Iacobucci tells Bastarache’s co-author, the journalist Antoine Trépanier, “but that of the minorities, of francophone issues and the two judicial systems,” a reference to common law and the Quebec civil code. “I wanted his perspective as a participant, and he gave it.” The judges were all in agreement that Quebec could not separate unilaterally, but the challenge was finding a formula that would be acceptable both in the province and in the rest of Canada. “By sticking to principles,” Bastarache writes, “we would conclude that if Quebec had a referendum and the result was clear and clean, there would be an obligation to negotiate with Canada. That was what we would invent and what did not exist when we opened the debate.”

Remarkably, the eventual formula — that Ottawa and the Quebec National Assembly had an obligation to negotiate if ever there was a clear majority vote on a clear question — enabled both prime minister Jean Chrétien and Quebec premier Lucien Bouchard to claim victory. Furthermore, the court’s statement on minority rights — that protecting them is an underlying constitutional principle — helped shape the legal arguments that, in 2001, blocked Ontario premier Mike Harris from closing the Montfort Hospital in Ottawa, the only francophone teaching hospital outside Quebec.

As Bastarache describes it, all the judges knew they would be writing an important part of Canadian history with the secession reference. And they did.

At seventy-two, Michel Bastarache is almost single-handedly responsible for strengthening language jurisprudence in Canada. As a translator, he put New Brunswick’s consolidated common law into French. As a lawyer, he represented Alberta francophones in Mahe v. Alberta, the 1990 case that defined the right of language minorities not only to have their own schools but to control them through their own school boards. As an academic, Bastarache helped found the Université de Moncton law school, in 1978, where he taught the next generation of language law specialists at one of only two French-language common-law schools in the world (the Université d’Ottawa being the other). As an author, he edited and contributed to two major works on language law. And as a Supreme Court justice, from 1997 to 2008, he played a key role in crucial cases involving language rights, including an accused individual’s right to a criminal trial in the official language of his or her choice.

His memoir deals with all of this, but the book’s stunning emotional power comes from its form — it was written not for law students or legal colleagues but as an open letter to his two dead children. Together, their deaths from a rare genetic disease at a young age are the tragedy of Bastarache’s life. It is impossible not to be moved by the heartbreaking pain of his loss, nor to avoid the lingering sense that he worked as hard as he did to escape the agony at home. For his story is one of constant effort.

Although born in Quebec City, in 1947, Bastarache is at pains to point out that he is Acadian. He was only a few months old when his parents returned to New Brunswick, his father’s home. Indeed, Bastarache’s Acadian identity is central to his life and career.

Ce que je voudrais dire à mes enfants highlights Bastarache’s many qualities. Though soft-spoken, he can be stubborn and proud. He quit his job as a translator when he discovered that, with a degree in civil law, he was being paid less than his colleagues with degrees in common law. Tough-minded, he still bristles with indignation at Sauvé v. Canada, the Supreme Court decision that granted the vote to inmates — letting those who have broken the law choose lawmakers. And he is deeply sensitive, still fuming at some comments that were made in the media when Premier Jean Charest tapped him, in 2010, to look into the naming of judges in Quebec. Like many Acadians, he is resentful of any sign of condescension from Quebecers.

“Bastarache’s quiet empathy and methodological rigour have led him to more treacherous terrain than judicial appointments.”

Thirty years after the fact, he recounts a meeting with Gil Rémillard, then Quebec’s minister of intergovernmental affairs, to discuss the Meech Lake Accord, which Bastarache opposed. “You express yourself very well in French for a francophone outside Quebec,” Rémillard said. Bastarache, who has a doctorate from the University of Nice, replied icily, “Yes, Mr. Rémillard, I am really pleased that you said that, because I was going to point out to you that there are mistakes in French in the document you are circulating.”

Bastarache’s quiet empathy and methodological rigour have led him to more treacherous terrain than judicial appointments. Also in 2010, he developed a compensation and conciliation process for victims of sexual abuse by priests in the New Brunswick diocese of Bathurst; he later led a similar process for the Archdiocese of Moncton. Many of the victims he interviewed were highly emotional, but one was calmly dispassionate, asking only when he would get his compensation. That victim wanted to be sure that he could leave the money to his nephews before committing suicide. And, despite Bastarache’s interventions, he did.

As a result of his work with the Catholic Church, Bastarache was asked, in 2016, to look into sexual harassment in the RCMP. In just ninety days, he received over 1,000 complaints to investigate. It has been difficult, he writes, to hear the testimony of the victims, but the mission is important: “I must find the way to be heard, and to obtain concrete results. That is my challenge. And I am sticking to it.”

The wound that still bleeds the most is not from the cut and thrust of public debate nor from the pain of those he has interviewed. It is from the tragic loss of his children, to whom he dedicates the book and to whom he speaks at intervals during the narrative, in ways that are hard to read without a lump in the throat. (Comments from Bastarache’s colleagues, gathered by Trépanier, sometimes break the flow of the story, but they speak to Bastarache’s commitment to fairness.) The book ends on a note of deep sadness: “Despite the professional opportunities, I will never have the life I wanted so much. I have wanted, from the beginning of my adult life, a full family life. Several children.” Bastarache continues:

I have wanted to teach everything to my children, let them discover everything. I have wanted the activity, the noise, the life you can feel around you when children are active. Perhaps, unconsciously, this is my way of breaking my isolation. I have wanted a real home, a refuge of security and love for the whole family. Your death, children, is the failure of my life.

It is a wrenching conclusion to a story of extraordinary accomplishment, laced with Job-like tragedy.