All Things Being Equal: Why Math Is the Key to a Better World

Do you remember the moment you lost your love for — even your basic interest in — mathematics? Was it when you first saw a decimal? A fraction? Long division? I still love math, but I am the standard deviation, not the norm. Mathematics is a universal way to communicate, to solve problems, to see and understand beauty. It is also the language of the future. I apologize for whoever harmed mathematics for you. I’m sorry that person stole something so magical, so powerful from you.

I’m not alone in my thinking. John Mighton — the award-winning author, playwright, and mathematician — believes most people can learn anything. And he believes you, too, can learn mathematics, no matter how little you think you know when it comes to numbers. What’s more, he wants you to fall in love with the subject’s beauty — and unlearn whatever it is that school made you think way back when.

After graduating from the University of Toronto with a degree in philosophy, in 1978, Mighton set out to become an artist. While he was struggling to make a living as a playwright, he stumbled upon tutoring. Having taken first-year calculus in university, he believed he knew enough to assist high-schoolers with math. He quickly realized, however, that students need more than a one-size-fits-all approach to algebra, geometry, and data analytics, along with all the various calculations they’re supposed to learn. And that’s when he discovered new ways to understand and teach mathematics — ways that surprised even him. 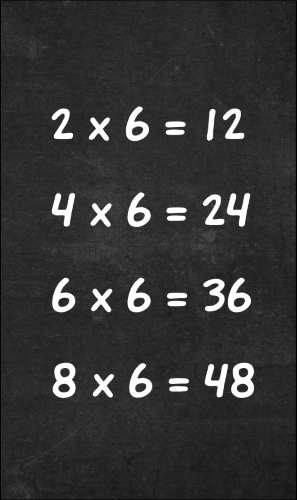 Mighton went on to found Junior Undis­covered Math Prodigies, or JUMP Math, in 1998. At JUMP’s core is a belief that diamond-in-the-rough math talents don’t really exist. Rather, we are all diamonds, each of us an undiscovered numbers prodigy (even if we don’t all become experts in knot and graph theory). To help convince others of their unpolished potential, Mighton went back to school, eventually earning a doctorate in mathematics, in 2000 (he’s an expert in knot and graph theory).

The American psychologist Carol Dweck has spent a career researching “implicit theories of intelligence” and distinguishes between a growth mindset and a fixed one. Fixed-mindset individuals believe that intelligence and ability are inflexible and fixed. Someone with a growth mindset, on the other hand, believes that both intelligence and ability are flexible, and that anyone can learn new skills — even if there are stumbles along the way. Dweck’s ideas aren’t exactly new, of course, but math educators are applying them in exciting ways. The Stanford professor Jo Boaler is leading the charge by promoting a growth mindset for numbers, with books like Limitless Mind and Mathematical Mindsets.

Nurturing a growth mindset, using what Mighton describes as “structured inquiry,” is one way to strike a “balance between independent and guided thought and between problems that are too hard or too easy for learners.” Unfortunately, many teachers, especially in the lower grades, are themselves anxious about math. By focusing on incremental steps, even somewhat anxious educators can help instill a sense of confidence in students as they move from simple to more complex equations.

The teaching assistant Tom, a minor character in the 1997 movie Good Will Hunting, may have said it best: “Most people never get a chance to see how brilliant they can be. They don’t find teachers who believe in them. They get convinced they’re stupid.” Fittingly, that teaching assistant was played by Mighton. Like him, I don’t blame the anxious educators who taught you math; I look to the educational system that let you down. It’s not that your teachers didn’t believe in you; they weren’t able to instill confidence in you because they themselves hadn’t been taught the subject properly.

Consider the illustration on this page. Notice any patterns? Look at the numbers in the first and last columns. See how they match? When you multiply 6 by an even number, the second digit of the solution matches the even number you started with. There is also a pattern in the solution’s first digit: it is always half the value of the second digit (with 12, for example, 1 is half of 2; with 24, 2 is half of 4). I didn’t learn my times tables this way; you probably didn’t either.

“Mighton emphasizes the explanations and big-picture connections that his approach includes.”

Practice, intuitive tools, and other fun tricks can help students work through their multiplication tables (I’m thinking of a song about the number 3 that I first heard decades ago). Mighton has developed similar techniques for fractions and long division — the type of thing that may have turned you off math. It is with this style of teaching, Mighton argues, that all students can arrive at the same end point, no matter where they start.

Mighton also suggests that math may be unique, in that you can teach a range of students concurrently. Critics contend you can’t — that math is the same as any other subject, and that you need to separate levels of ability. They’ve also faulted JUMP for a “drill and kill” approach to rote repetition. Mighton does not deny that there are abstract skills that students practise with repetition, but he emphasizes the explanations and big-picture connections that his approach includes. “Most researchers now recommend that teachers introduce concepts with simple concrete models or representations,” he explains, “and that they gradually make the representations more abstract.”

Recently, I saw something on social media about a parallelogram. A friend was lamenting her son’s homework, commenting that a shape’s properties would never help him purchase groceries. True, a parallelogram won’t make shopping easier, but understanding decimals and numbers will. And the next time you have trouble parallel parking, just think of how knowledge of geometry could be useful (especially when you want that coveted spot close to the grocery store).

All Things Being Equal seeks to reveal both STEM-friendly problem-solving applications of math in the classroom and the practical ones in our daily lives (parking that car!), while bringing back the subject’s beauty and simplicity. It’s about undoing the rules many of us were taught, so that we can finally understand our universal language. It really is a pleasure to read, even if you don’t yet consider yourself a math geek like me.

Sasha Gollish holds a PhD in civil engineering education from the University of Toronto.