Misconduct of the Heart

Dreamers and Misfits of Montclair

On the surface, two recent works of fiction present vastly different views of the world, with one, a novel, depicting lives shaped by trauma and the other, a collection of short stories, tracing the fault lines that can run through seemingly ordinary lives. Yet both pose the same question: How do we thrive when our internal lives — our hidden and ongoing griefs, addictions, and pains — persist, despite our best efforts at happiness?

Cordelia Strube, the author of ten previous novels, including Lemon, nominated for the 2010 Giller Prize, and On the Shores of Darkness, There Is Light, which won the City of Toronto Book Award in 2016, is known for exploring dark subject matter with a keen sense of comedy. With Misconduct of the Heart, she again balances the light with the dark as she follows characters with diminished capacities to live well — or even to live without chronic fear. With moments of blistering humour, Strube delineates the enduring effects of violence, in the many forms it can take.

Much of the new novel focuses on Stevie, the harried kitchen manager at Chappy’s Restaurant in Scarborough, who must contend, amid general mayhem, with her own scars and the wounds of those around her. Central to the story is her relationship with her prickly son, Pierce, an Afghanistan veteran in the grip of PTSD. At the outset, Stevie provides him shelter. As the novel unfolds, we learn that Stevie also suffers from PTSD, having been gang-raped when she was fourteen — a rape that led to Pierce’s birth. 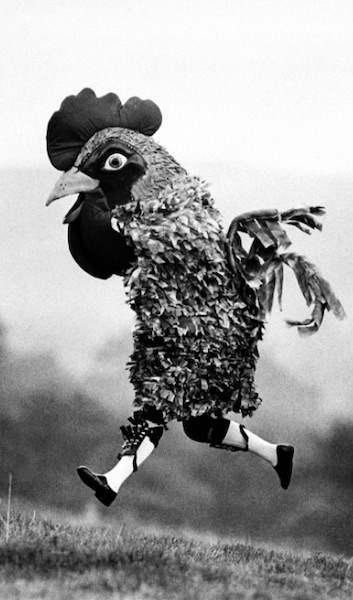 Strube portrays their evolving relationship, from highly volatile to almost tender, with painful complexity. Stevie, all but emotionally destroyed after the rape, medicated herself with alcohol, leaving Pierce to be raised by her clueless parents and showing up only when she needed cash. Early on, Stevie reflects, “Nobody loves me and I don’t love anybody.” Having survived his own war, Pierce also seeks solace in alcohol. Stevie, now recovering from her addiction, initially enables Pierce by “doing the beer run, empathizing with his need for anaesthesia.” And she sometimes recoils from her son, seeing her rapists in his looks and gestures: “His hands, tearing apart a dinner roll, creep me out, hands I never touch but can feel.” Nonetheless, she endures his violent outbursts and lies to him about his origins.

Strube skillfully details Pierce’s heartbreaking condition. Each evening, he goes on “autopilot” and “arranges the bottles in the windows, barricades the door with the easy chair and, all night long, does perimeter checks.” On the day he finally agrees to earn his own money — by wearing a promotional rooster costume at Chappy’s — he asks a fellow ex-soldier to hide nearby and provide cover while he passes out flyers. When a child taunts him by throwing stones and trying to light his rooster tail on fire, Pierce falls to the ground to put out the non-existent flames — a seemingly outsized reaction until the reader learns that Pierce knew of children in Afghanistan who sometimes threw bombs at convoys.

Ultimately, through Stevie and Pierce’s chaotic and troubled relationship, Strube shows how trauma, whether experienced around the world or much closer to home, can frustrate one’s ability to achieve peace. The “crappy Scarborough triplex” that they share is a place of imagined conflicts and real danger. In addition to her son’s blow‑ups, Stevie must contend with her Bosnian neighbour, who harbours her own secret tragedy and gives Pierce alcohol in exchange for sex.

Stevie’s financial and emotional precariousness at home is underscored by the corporate landscape around her. Carol, Chappy’s vice-president of innovation, installs hidden cameras to capture the staff’s “poor execution,” threatens to dock pay if anyone is caught standing still, and plans to “cap hours to avoid paying benefits.” The VP’s callousness is exacerbated by the fact that many of Chappy’s employees are as damaged as Pierce, brutalized or cruelly discarded by society. These are people who exist on the periphery, unable to secure a meagre stability, let alone affluence. For them, there are no safe places.

While the main storyline tracks Stevie and Pierce, subplots amplify the larger themes in ways that make the novel an almost irresistible read. One of the most compelling diversions involves Stevie’s parents, Reggie and Peggy, who are declining rapidly into dementia. Stevie must parent them, although they never really parented her. Another is about Bob, Stevie’s manager at Chappy’s, who becomes obsessed with qigong, a Chinese system of physical and breathing exercises, in order to cope with the pressure to lay off staff. And then there is Conquer, the head cook and a “piercingly blue-eyed” Viking who lives in a boat in his aunt’s driveway (it’s here that Stevie finds occasional safe harbour). Finally, there is Stevie’s cautious intimacy with Gyorgi, a busboy from Slovakia. Strube brings her many characters and their stories to flawed and poignant life. Each is memorable.

When it comes to setting and characters, Dreamers and Misfits of Montclair, the third story collection by Mark Paterson, could not stand in sharper contrast to Misconduct of the Heart. Paterson presents a cast of individuals who struggle to exist within the conventional, largely comfortable milieu of Montclair, possibly based on the Montreal suburb of Rosemere, where the author grew up. These are not people living on the edge, but Paterson zooms in on their psyches to subtly expose the less-than-perfect underside of seemingly mundane lives.

One of the most stunning stories in the collection, “The Dad Was Drinking,” considers a man who jeopardizes his daughter’s safety. It begins ominously:

The dad was drinking but only the dad knew about it so, in the middle of the night, when the kid’s cough became loud and unnerving, resembling a seal’s bark, it was only normal for the mom to ask the dad to take the kid out for a drive.

Rather than steer the story toward impossible and melodramatic ends, Paterson finishes with the father driving through heavy snow and falling asleep with his daughter in a parking lot. By avoiding heightened plot moments, he offers a deeper exploration of the man’s problem — how he slowly and secretly destroys himself because of his commitments to family, convention, and normality.

“How do we thrive when our hidden griefs persist, despite our best efforts at happiness?”

“The Blind Man’s House,” another elegant depiction of a small but significant moment of change, charts Merry’s almost obsessive curiosity with a benignly ostracized neighbour — a person the community knows only as “the blind man.” Merry’s mother, for one, shouts “There’s the blind man’s house!” whenever she drives past, like she’s referring to a carnival character. As Merry grows up, she herself becomes an object of maternal scrutiny when she makes friends with Edward Lam, an outcast, whose family runs a restaurant. “That Chinese restaurant is no good for you,” her mother says at the dining table. “I want you to stay away from it.” Ultimately, Merry trespasses into the blind man’s house — glimpsing his humanity as she simultaneously discovers her own.

Paterson offers meditations on the loneliness and sadness among those who feel separate, even in ostensibly stable settings. In “Psychic Radio,” the teenager Alex describes his rather unremarkable home, where his father sits “installed in the living room,” his mother works in the kitchen “amid her bowls, tins, measuring cups, and bags of Quaker brand mixes,” and his younger brother is found “in his own room, as usual, playing.” But as the story progresses, a complicated journey is revealed: the brothers’ parallel yet solitary fumblings toward what it means to be male. “Stinky Up a Tree” likewise depicts a couple and their son, who are, for all anyone can tell, an average suburban family. Paterson digs below the surface, however, to reveal illicit longings and internal fractures: the husband’s chronic pain leads his wife to fantasize about another man and leads his son to assert his own masculinity in a way that shames the father. Told from three points of view, the story exposes the profound disconnection each family member privately experiences.

Paterson’s writing shines throughout Dreamers and Misfits of Montclair. His language is concrete, poetic, and radiant. Consider this passage from early in “The Dad Was Drinking”:

What the dad liked to do at night while the mom and the kid slept upstairs was drink gin and Sprite on the couch with the lights out and watch art-house movies on his laptop with his headphones on. The dad was a quiet and undemanding drunk.

Through the rhythm and the choice of words, the narrator signals the unrelenting nature of the man’s drinking. The image of the mother and child gives way to the father’s Sisyphean existence, as if, nightly, there is no other ending. “Outside, he slogged through the snow from the front door to the driveway, not really lifting his feet at all.” His namelessness further evokes his isolation, in what he feels is his inescapable role as father. As readers, we know it’s not just the snow that the man slogs through each day. We are asked to contemplate the difference between what he should be and what he is, the difference between the role and the man. The exact and restrained phrasing creates a fluid forcefulness. Sentences such as these, often termed deceptively simple when they are anything but, make the collection particularly resonant.

Misconduct of the Heart and Dreamers and Misfits of Montclair are worlds apart in many ways. Strube focuses her authorial lens on obvious outcasts, victims of malicious structures and political currents. Through her complex narrative, she shows how those with difficult histories and without economic means suffer in work, in life, and in the mind. And while the inhabitants of Paterson’s realm ought to be content in their cozy community, they are, in fact, lost and despairing.

Taken together, these books suggest that human beings are perennially vulnerable to the conventions and politics of their surroundings. And given the present peril born of our environment and its horrendous impact on the health and happiness of so many, it seems that our ability to thrive might be, even at the best of times, only partially within our control.

Kelli Deeth teaches creative writing at the University of Toronto.